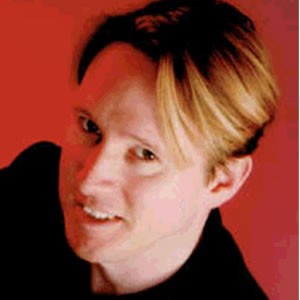 Kev works as a stand up comedian, compere, presenter and voice-over artist and is a regular guest on TV and radio, both as a comedian and as an expert in sitcom and comic books.

“We were extremely impressed by his professionalism throughout the day”

We were extremely impressed by his professionalism throughout the day

“We enlisted Kev F to play a comedic role in our staff presentation video. We were extremely impressed by his professionalism throughout the day. His friendly personality and overall approach meant that he not only delivered exactly what we wanted, but it also helped to make the day relaxed and enjoyable”

I was rolling about aching, clutching my inhaler

“I was rolling about aching, clutching my inhaler and gasping for breath...If laughter is the best medicine Kev should be free on prescription.”

Most Alive Network artists travel UK wide and internationally. Get a guide price instantly by clicking the 'get quote' button and entering your event date and location. Make an enquiry and we will liase directly with Kev F to confirm price, availability, and the provide you with a confirmed quote.

The first series of The Sitcom Trials, devised and presented by Kev, ran for eight weeks, live every Friday night on ITV 1 from February to April 2003. It is now being developed for a second TV series.

This hit comedy show had already enjoyed two successful runs at the Edinburgh Festival as well as a national tour and continues on stage in London.