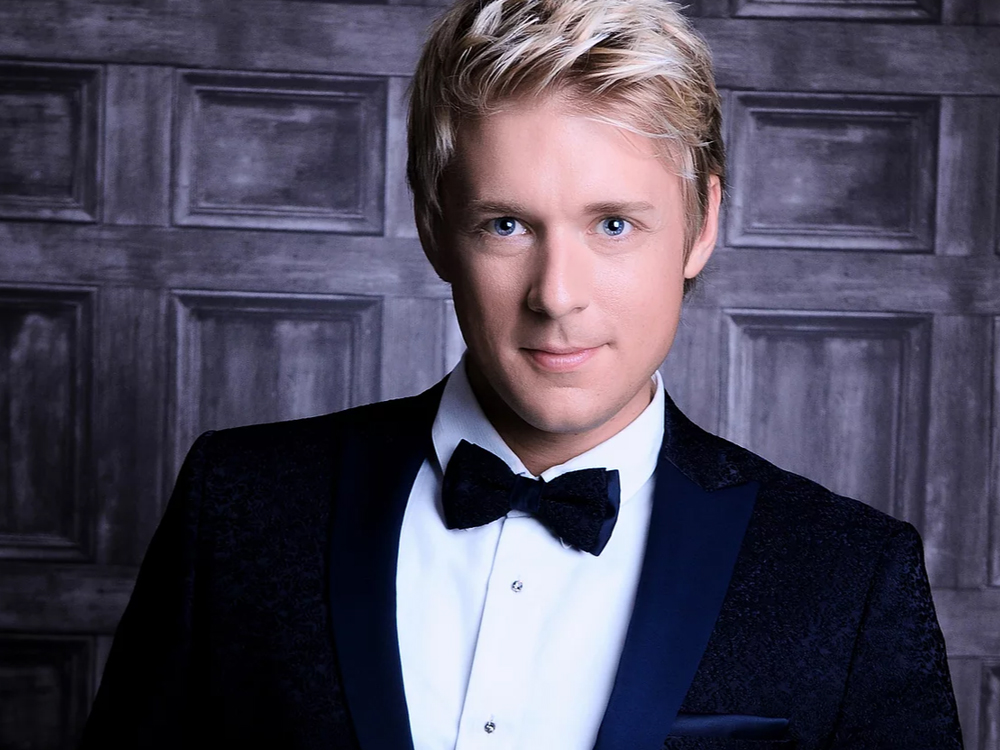 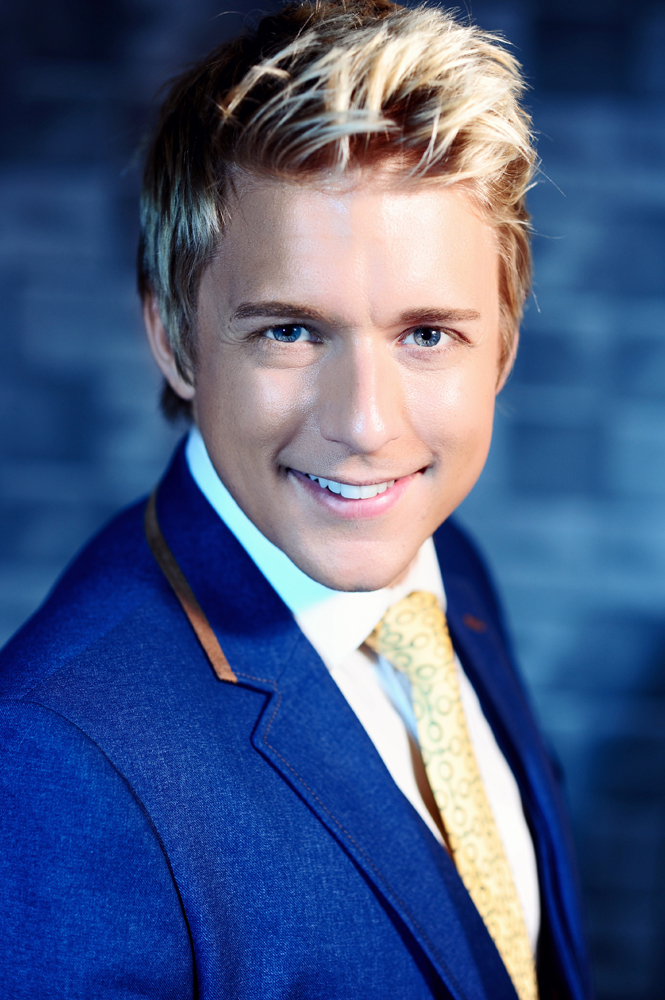 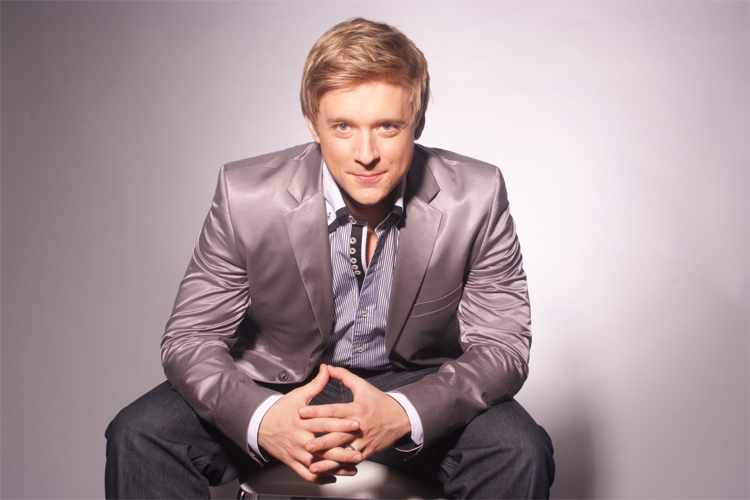 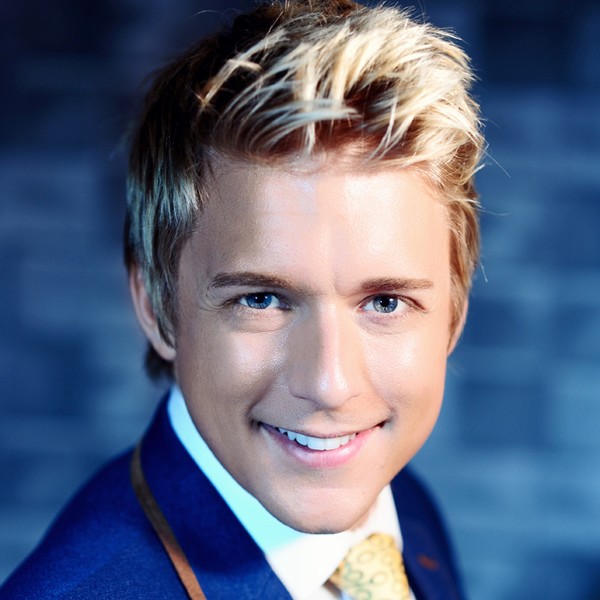 Jonathan Ansell is one of the UK’s most popular Tenor’s and with his soaring high tenor voice, charm and versatility, he is guaranteed to bring excitement and class to any event. Performing much loved classical songs such as Nessun Dorma, O Sole Mio and Libiamo, plus wide ranging music from the world of musical theatre, rock, soul, pop and opera. As seen on X Factor in chart-topping group G4! ...

Please note this list is not exhaustive. If there is a particular song you would like Jonathan to perform, please ask.

Most Alive Network artists travel UK wide and internationally. Get a guide price instantly by clicking the 'get quote' button and entering your event date and location. Make an enquiry and we will liase directly with Jonathan Ansell to confirm price, availability, and the provide you with a confirmed quote.

suitable for up to 200 people

Highlights
* One of the UK's most admired young tenors!
* As seen on X Factor as frontman to chart-topping group G4!
* Repertoire includes songs from Nessun Dorma to Somebody To Love!

Classical Brit Award nominee, Jonathan Ansell, is one of the UKs most popular young tenors, with a unique ability to truly connect with his audience through the gift of his soaring high tenor voice.

Jonathan shot to fame on the first ever series of the X-Factor, as the front man of pop-opera group G4. As runners-up on the ITV1 show, G4 went on to top the charts with three hit albums and four sell out tours.

Jonathan’s exceptional vocal range and style, has entertained audiences worldwide.  Highlights include; touring the United States with the late great Marvin Hamlisch, accompanied by the National Symphony Orchestra and Pittsburgh Symphony Orchestra; numerous performances at the Royal Albert Hall, including most notably at the Festival of Remembrance in the presence of Her Majesty the Queen; playing the role of ‘Jesus’ in the World Premier of opera ‘Omega and Alpha’ in Wells Cathedral, and being hand-picked by lyricist Don Black, to perform in the birthday concert celebrations for Andrew Lloyd Webber, both at the London Palladium and in Hyde Park.

As a solo artist, Jonathan has also made his mark in musical theatre, debuting in Andrew Lloyd Webber’s Whistle Down the Wind, as ‘The Man’, which played nationwide to critical acclaim.

Jonathan has become a well-known face on TV, and has performed on many network shows, including, Comic Relief (BBC), Last Choir Standing (ITV), Sing if you Can (ITV), GMTV (ITV), The Alan Titchmarsh show (ITV), This Morning (ITV), Loose Women (ITV) and many others. Jonathan is an excellent panellist with a keen interest in news and popular culture, and has been invited to appear on many panel TV & Radio shows such as The Wright Stuff, LBC, Classic FM and as the host and guest performer on several editions of Friday Night is Music Night for the BBC.

Jonathan can offer a bespoke and extensive repertoire, and can perform much loved classical songs such as Nessun Dorma, O Sole Mio and Libiamo, plus wide ranging music from the world of musical theatre, rock, soul, pop and opera. Depending on your preference, Jonathan can perform accompanied by his incredible live band, or alternatively to his professional high quality backing tracks.

Jonathan performs at private events both in the UK and internationally, and past performances have included those for HRH Queen Elizabeth, ITV, BBC, Classic FM, many major charities, corporations, private clients and more.

Please note:
Advertised prices INCLUDE a high quality PA system appropriate for up to 200 guests. For larger events, Jonathan is happy to work alongside your Production Team and can also help provide a PA system for an extra fee if required. Please speak to an Alive Network booking coordinator for more details.

“Thank you for being magnificent and exactly as I had hoped for. It was a superb performance, you made the evening memorable and enjoyable and I had sort of expected some in the room were in 7th heaven in being able to have heard you after all these years since when on TV. You made the final planning of this painless, as you did on the day in getting set up Once again, on behalf of us all thank you for your performance and making the event so special. Exactly as had hoped for and knew I had arranged and it worked, perfectly and that was down to you. Best wishes for all you do in the future. Kind regards, Marcus”

You were marvellous. Thanks – and well done again!

“Hi Jonathan Karen and I, and everyone, thought the performance was great. You were marvellous, and Jamie a perfect accompanist. Thanks – and well done again! ”

Thank you so much for a fabulous evening!

“Thank you so much for a fabulous evening!”

Hi Jonathan, Thank you for your two fabulous sets ... lots of variety, all our...

“Hi Jonathan, Thank you for your two fabulous sets ... lots of variety, all our favourites and plenty of numbers different from last time. Thank you again, see you again soon.”

Thank you so much for the show. It was absolutely brilliant!

“Thank you so much for the show. It was absolutely brilliant! ”