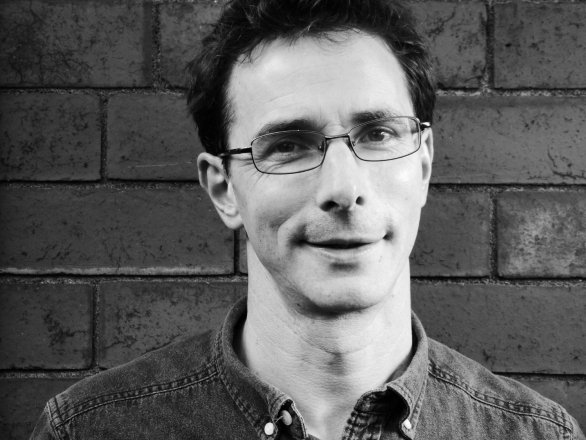 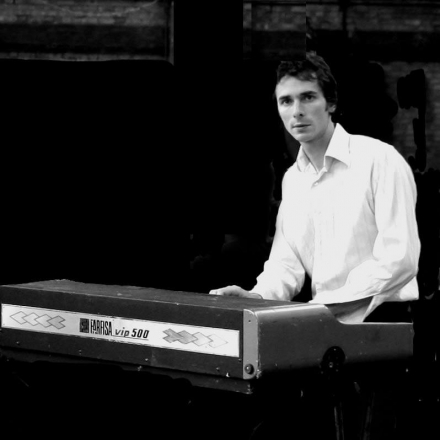 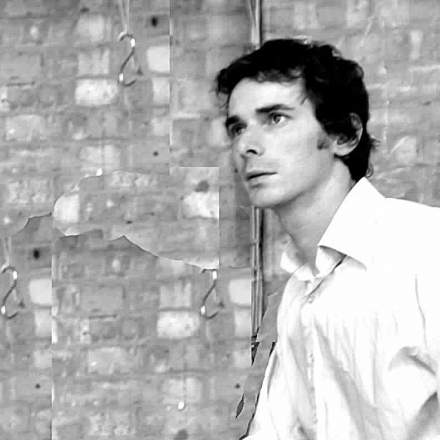 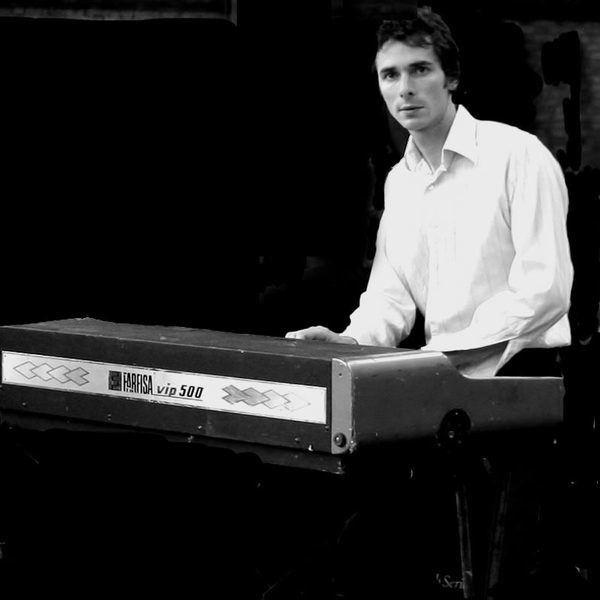 Jamie's versatility and skill as a pianist can tailor a musical experience for any occasion. His repertoire ranges from Bach, Debussy to Rat Pack, Latin and blues to the Beatles, Ed Sheeran and much more.

Jazz / Standards
Feeling Good
Let There Be Love
My Baby just Cares
Let's Stay Together
Blue Moon
Fly me to the Moon
Beyond The Sea
All of Me
Can't Take My Eyes Off You
Beautiful Day : Michael Buble
Summertime
They can’t take that away from me
Waltz for Debbie
Somewhere Over a Rainbow
Michael Buble : Home, Sway
My favourite Things
Basin St. Blues
Angel Eyes
The Man I Love
I got Rhythm
Lady is a Tramp
As time goes by
Blueberry Hill
Don’t get around much any more
All the things you are
All Blues
Everytime we say Goodbye
New York New York
Moonriver
In a Sentimental Mood
Maple Leaf Rag
The Entertainer
Something Stupid
My Way
Dream A Little Dream For Me
I Only Have Eyes For You
Recipe For Love
Embracable You
When You're Smiling
I Get A Kick Out of You
In The Mood

Film/ Musicals
You've Got A Friend In Me
Forest Gump Theme
Now We Are Free: Gladiator
In Dreams: Lord Of The Rings
Glasgow Love Theme, Portugese Love Theme, PM's Love Theme
Evergreen
Married Life: Up
Mia And Sebastians theme, City Of Stars
Beauty and The Beast
A Whole New World
Colours Of The Wind
Can You Feel The Love Tonight
Game Of Thrones
Nobody Does It Better
Maria
America
I feel Pretty
Memory
The Bond Theme
My heart will go on (Titanic)
King of the Swingers
Bear Necessities
Don’t cry for me Argentina

Rock / Pop
Killing me Softly
The Look Of Love
Your Song
Mr Blue Sky
It Must Be Love
Beatles(incl):
Hey Jude
Real Love
Lady Madonna
Let it be
Yesterday
Here there and everywhere
Stevie Wonder:
Signed Sealed and Delivered
Sir Duke
Past Time Paradise
Isn't She Lovely
You Are The Sunshine Of My Life
Imagine
Purple Rain
Can't Help Falling In Love
Ordinary People
She's Like the Wind
Sweet Child Of Mine
Sweet Caroline
Don't Stop Believing
Hey Brother
I Only Want To Be With You
Higher And Higher
You're The Best Thing
Waht A Wonderful World
Get back!
Happy Heart
Isn't She Lovely
Simon and Garfunkel
We've Only just begun
Night Train
Watermelon Man
For no-one
House of the Rising Sun
Piano Man
She's Got A Way
Always a woman
True Colours
Girl from Ipanema
Take Five
Viper Drag
Shipbuilding
Oliver’s Army
No Alarms
Perfect Day
La Vie en Rose
Wonderwall
American Pie
Bridge over Troubled Water
Space Oddity
Take Me Home Country Roads
Champagne Supernova
All Night Long
Sitting On The Dock Of The Bay

Modern
A Thousand Years
All of Me
Thinking Out Loud
Tom Odell
Shine Bright like A Diamond
How Long Will I Love You
Kissing You
One Day like This
Better Together
Paradise
Gangster Paradise
Another Love
Hey Laura
Let Her Go
Songbird
First Day of My Life
Heaven
I Won't Give Up
Skinny Love
Love Me Like You Do
Take Me To Church
Just The Way You Are: Bruno Mars
Sex On Fire, Use Somebody: Kings Of Leon
Hold My Hand
Call Me Maybe
Empire State Of Mind
Get Lucky

Jamie is always happy to discuss requests so feel free to let your agent know of any special songs you would like.

“Jamie is a very good pianist and was great at our wedding!”

“Jamie played for us at our wedding at Burtonfields Hall, York. He is incredibly talented and made our day so much more special. For walking down the aisle he played Ludovico Einaudi, and as our exit song he learnt Bon Jovi 'Always' for us which sounded so brilliant as an instrumental! He then played on the terrace for our drinks reception and all of our guests commented on what a perfect atmosphere his set list created for it. From jazz standards to film scores, some Disney and classical, he was spot on in his choices. Very quick to respond on email and very happy to accommodate everything we requested. Do not hesitate at all to book him.”

“Jamie played at our wedding in march. He played the music for our ceremony and the reception and did a beautiful job, playing a mixture of classical music we had requested for the ceremony and a mixture of more modern and jazz music at the reception. Pre-wedding communication and set up was all very smooth and we would definitely recommend him to anyone!”

“Jamie was an excellent pianist and played beautifully. He was a pleasure to speak with and very helpful with his organisation by email in the lead up to the wedding. I would highly reccomend.”

Brought the life to the party!

“Thank you Jamie for your piano playing at our wedding, you absolutely bowled us all over. Your wonderful rendition of Signed Sealed Delivered for our out music really was tremendous. The feedback we got from our guests was brilliant, you added such joy to our drinks reception so thank you immensely from both Ali and myself, we really appreciate all of your efforts in making our day so special!”

Price from £235 + travel from West Yorkshire

Most Alive Network artists travel UK wide and internationally. Get a guide price instantly by clicking the 'get quote' button and entering your event date and location. Make an enquiry and we will liase directly with Jamie Wright (Pianist) to confirm price, availability, and the provide you with a confirmed quote.

Highlights
* Highly versatile and professional pianist
* Many genres covered including jazz, classical, musicals, modern pop, blues, film music
* Music is tailored for your event, happy to add requests and new artists to the set.
* Many previous private clients - weddings corporates and private parties
* Performed at tour supports with Kasabian Magic Numbers, Softcell and The Bangles
* Self contained with 500 watt PA as standard
* Requests welcomed with at least one month's notice and at no extra cost
* Music between sets provided free of charge through PA system
* Available UK wide

Jamie is a versatile and experienced pianist available for function work. He studied classical, rock and jazz piano styles and has played professionally for over ten years.

After gaining a music degree at York University Jamie studied Jazz and Popular Music at Leeds College of Music as a post-graduate. He lived and worked in London for several years, securing piano work through Sternberg Clarke agency. Jamie was resident pianist at many hotels and restaurants including Park Lane, Landmark, White House and Quaglino’s restaurant. During this period he built up a wide repertoire and understanding about the importance of reflecting the mood and ambience of a venue and the clientelle.

Jamie also worked as a session musician recording and touring an album (released on Naive records). This led to numerous radio and live TV performances. He has also recorded and released his own music through Sony Music and more recently Parlaphone records and has done tour supports with Kasabian, Magic Numbers, Softcell and The Bangles!

Jamie is now based in Leeds and continue to perform solo and with other musicians.

Jamie cites his musical influences as ranging from Bach and Debussy to Keith Jarrett, Bill Evans, Stevie Wonder and Steve Naive - he is a proficient sightreader and plays by ear and has his own transport and equipment.

• Masquerade Productions - Mark
“The end client was overjoyed and the agent specifically wanted to pass on her thanks since the pressure to make this event special was immense, so thank you for doing a brilliant job.”

• Wedding - Mark Simpson
“Jamie was great. He got on with the job, made some excellent suggestions and didn’t have any problem playing what we asked him. Jamie has been easy to deal with and a pleasure to have at our wedding.”