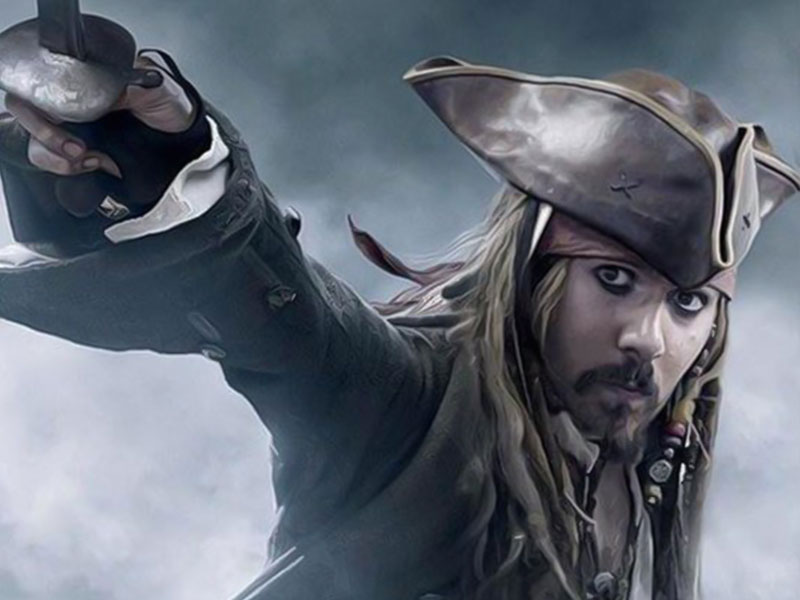 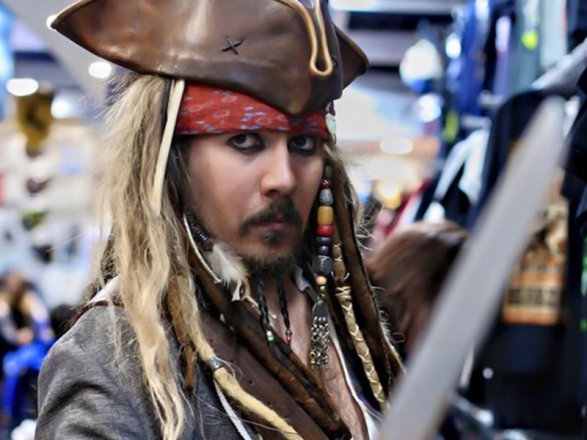 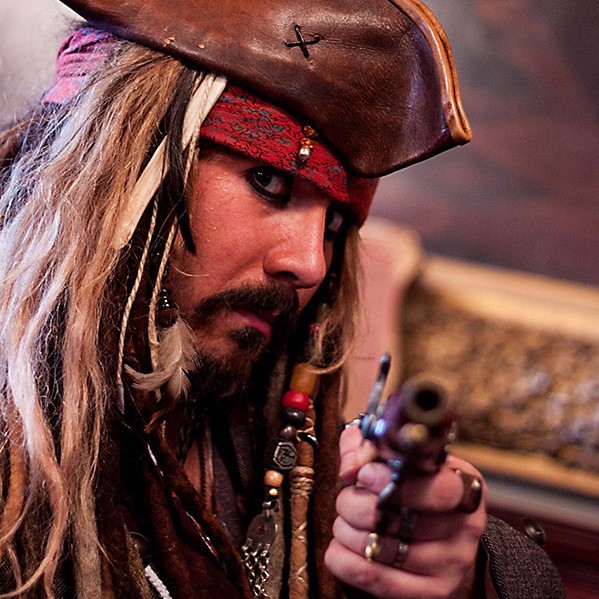 Authentic walking and talking Captain Jack Sparrow lookalike based in Scotland with the ability to travel all over the country. Bring some adventure to your event with the worlds most beloved pirate!

“I would definitely recommend Jack The Caribbean Pirate for every event possible as great happy memories will last a lifetime!!!”

I would definitely recommend Jack The Caribbean Pirate for every event possible ...

“Where do I begin .... firstly, Captain Jack bent over backwards, went off-route and squeezed us in at very short notice to make our special little girl's 5th birthday super special!!! Don't know who loved him more, the kids or the adults - even the grannies went weak at the knees!!! Captain Jack was put under serious scrutiny by the kids, and has made special memories for each of them by answering every question in Jack Sparrow style. He even built himself a new crew for the future with pinky promises that they will be good until 18 years of age, when they're old enough to sail the seas beside him <3 Our little girl has learning delays and is not able to communicate like all the other kids at the party, but again Captain Jack Sparrow, in true style, swept her away with cuddles and played at the table where she was drawing her pictures, so there's a soft side to Jack we never knew about! I'm told he will return when we're back in hospital as a regular face to the children's wards ...”

Made my mum's birthday lunch extra special and very memorable

“I would highly recommend Jack The Caribbean Pirate to be part of your event. He joined us as a birthdaygram at my mum's special birthday and went down a storm with all ages. He recorded a video message for a friend in Australia and was extremely funny. It made my mum's birthday lunch extra special and very memorable. I have such fond memories of the day”

He has everything spot on from his manner to his costume.

“Kenny was excellent as Captain Jack at our recent Pirate event. He has everything spot on from his manner to his costume, and we have since had raving reviews from our visitors who enjoyed meeting him on the day. Thank you Kenny for being such a great addition to our annual Pirate Day, and for being so professional from the run up to the day itself. We will hopefully get you back to the park soon!”

I was the manager of Fenwick Pre-5's Nursery in East Ayrshire when we were fortu...

“I was the manager of Fenwick Pre-5's Nursery in East Ayrshire when we were fortunate enough to have a visit from the one and only Captain Jack Sparrow! The children were absolutely mesmerised and very excited to be playing games with, and having a story read by their favourite pirate. Personally, as a fan of the Pirates films myself, I have to impress upon you just how accurate Jack The Caribbean portrayal of Captain Jack actually was. He's a dead ringer and has the voice and mannerisms down to a fine art. He's also a thoroughly nice guy who I wouldn't hesitate to recommend to the director of the movie franchise should Johnny Depp find himself otherwise engaged.”

I have seen Jack Sparrow impersonators before but it did not prepare me for what...

“I have seen Jack Sparrow impersonators before but it did not prepare me for what I was about to see. The best thing about Kenny was the attention to detail from the costume to make up and beard right down to the compass, rings, boots, belt, sword etc, not to speak about the acting that was second to none absolutely brill and he had the voice to a tee. It was the body language that's what really made it for me as I am a massive fan of the movies, I was looking for all the small details and I was not disappointed, me and my girlfriend were totally blown away. We got our photos taken and even people from work were very impressed with the photos. I think he would be one of the best out there and I will be inviting him to my next birthday for sure!”

Price from £386 + travel from Glasgow

Most Alive Network artists travel UK wide and internationally. Get a guide price instantly by clicking the 'get quote' button and entering your event date and location. Make an enquiry and we will liase directly with Jack The Caribbean Pirate to confirm price, availability, and the provide you with a confirmed quote.

Hire Davey Jones along with Captain Jack! Availability depending. Travel expenses to be added at time of enquiry.

Hire Barbossa along with Captain Jack! Availability depending. Travel expenses to be added at time of enquiry.

Jack The Caribbean Pirate has attended a range of events over the years from film conventions to nurseries, to corporate events and even appeared in Disneyland  where his authentic costume always goes down a storm! A few of the guests have had to do a double take when interacting with him.

Jack The Caribbean Pirate brings the famous pirate character to life at any event and there have been a few times where guests have not accepted that he isn't Johnny Depp himself.

For your event, whether it's a corporate party, a private function, a themed event or even a PR stunt, Jack The Caribbean Pirate can meet and greet, mix and mingle, interact with guests with his witty cheeky charm, pose for photos and really bring some adventure to your function!

After booking, speak directly with Jack The Caribbean Pirate.