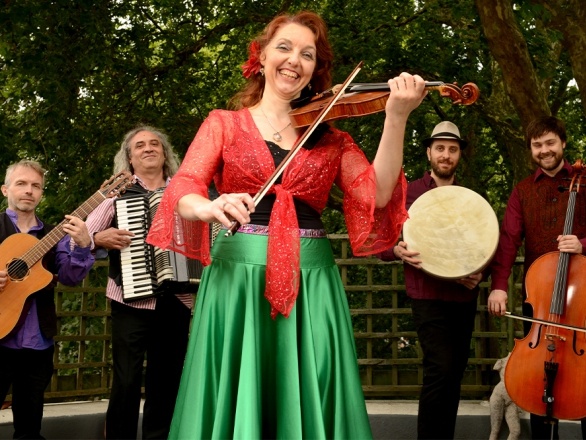 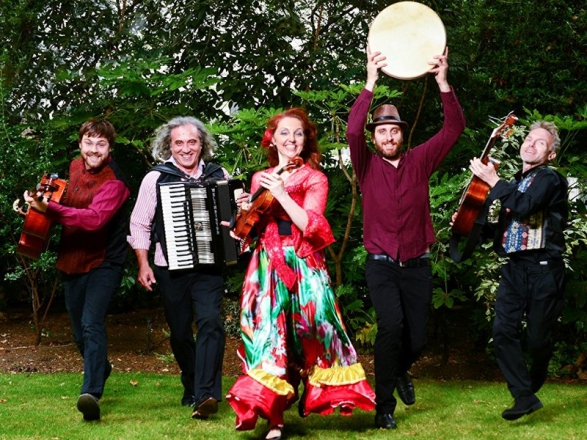 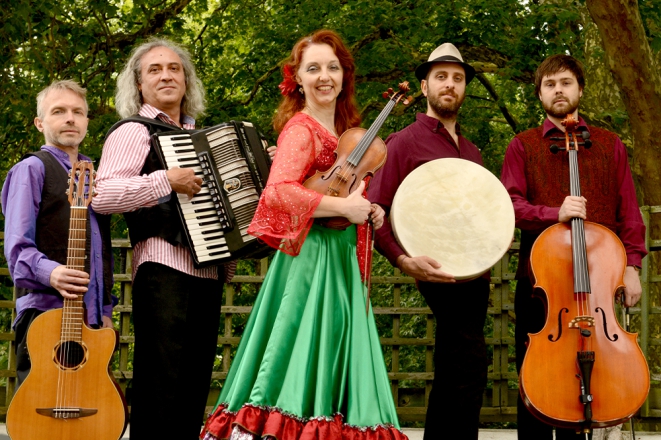 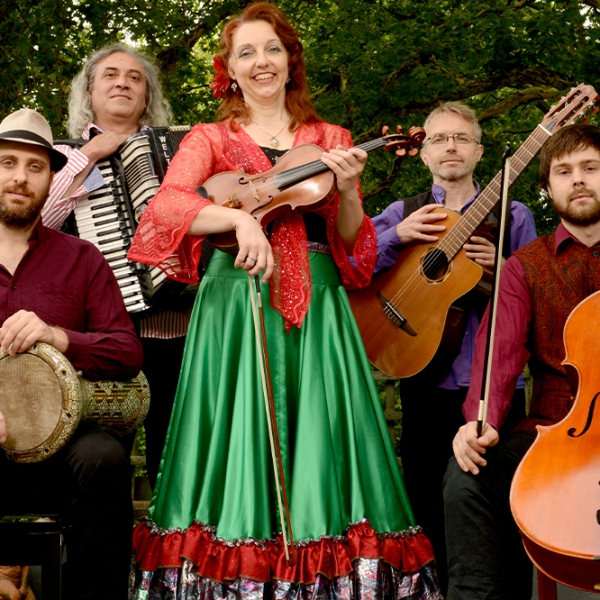 Gypsy Magic is a 5 piece band performing lively dance pieces & atmospheric listening music from Eastern Europe, the Balkans & beyond. They bring an infectious energy, spirit and humour to their performances, enchanting any audience! Dancers available.

Most Alive Network artists travel UK wide and internationally. Get a guide price instantly by clicking the 'get quote' button and entering your event date and location. Make an enquiry and we will liase directly with Gypsy Magic to confirm price, availability, and the provide you with a confirmed quote.

Highlights
* One of the UK's leading Gypsy ensembles
* Broad repertoire of Gypsy and folk music from Eastern Europe and the Balkans, including music from Goran Bregovic and from Emir Kustorica movies
* Flexible line-up to suit various budgets and venues
* Authentic music with traditional soul and spirit, which bandleader Gundula Stojanova Gruen learned from and performed with native musicians in the Balkans
* Colourful flamboyant handcrafted traditional Gypsy performance outfits
* Their performance never fails to provide a great atmosphere
* Dancers available
* Fully self contained with PA and lighting available

Their Music:
Gypsy Magic perform music from Eastern Europe and the Balkans, inspired by the charisma of Esma Redžepova, the virtuosity of Taraf de Haïdouks, the fame of Goran Bregovic, the dance energy of Balkan Brass and the humour of Emir Kusturica. Their repertoire includes traditional music from Russia; Hungary; Bulgaria; Romania; the former Yugoslavia and beyond. Vocals are in the original language of each region, including Gypsy Romany language.

Gypsy Magic enjoy an international clientele. People from Balkan regions engage them for the nostalgic touch of home, whilst British or other non-Eastern Europeans enjoy entertaining their guests with a cultural experience, which has a touch of both exuberance and sophistication. Above all, past clients have appreciated the special energy the group’s performance brought to their celebrations, making the event an unforgettable occasion.
Gypsy Magic can perform 3 sets of 45 minutes or provide more flexible set lengths that suit the occasion.

Booking Options
Gypsy Magic can be booked with a Gypsy Dancer for show interludes, or with a Balkan Dancer to lead a Balkan Ceilidh for the party guests/ audiences.
Gypsy Magic are also available as a Duo, Trio, or Quartet ,offering a variety of instrumentation from a choice of;

The band is happy to discuss line up options with the client ensuring the best line up is chosen for each event.

Previous Experience:
Gypsy Magic is lead by virtuoso violinist, singer and ethnomusicologist who has travelled extensively, researching Balkan Gypsy Romany music and transcribing melodies that she learned first-hand from Romany and folk musicians. Songlines Magazine described Gundula as ‘a shining star in the UK’s Balkan music scene’. Her unique performance style showcases both her vast technical ability, acquired through her intensive conservatoire training, as well as her in-depth understanding of musical traditions. Both elements are showcased alongside her colourful and charismatic personality, making every performance special.

Gypsy Magic's musicians are highly acclaimed boasting qualifications from the top universities and conservatoires in the UK, Germany and Bulgaria. They have received performed concerts conducted workshops and collaborated on a variety of projects to great acclaim. They appear regularly at festivals, culture centres and theatres throughout the UK and Europe. They have appeared in numerous TV productions including the documentary How Music Works on UK’s TV Channel 4 and were featured in the music documentary Farkli Kültur – Ayne Muzik for TRT (Turkish state television). Past performances include the main stages of Rhythm of the World and Crawley Festivals, The Purcell Room, Kings Place, Union Chapel as well as intimate, un-plugged performances at the Canterbury Festival and unusual venues.