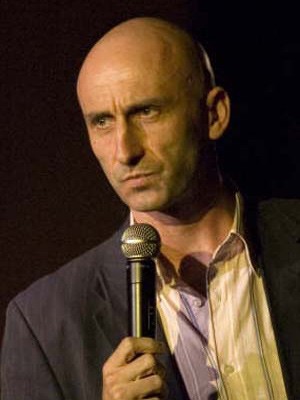 Stand-up comic Gary Colman (no, not that one… a different one) is the only stand-up comic to serve with the SAS, be a 'have a go hero' and hold a 'semi-qualification' in gynaecology!

“Fearlessly funny...The best deadpan act since Jack Dee, so it's unsuprising Frank Skinner is a fan.”

A great stand up show

“A great stand up show from an utterly charming performer.”

Based on 1 person performing Based on a 20 minute performance

Most Alive Network artists travel UK wide and internationally. Get a guide price instantly by clicking the 'get quote' button and entering your event date and location. Make an enquiry and we will liase directly with Gary Colman to confirm price, availability, and the provide you with a confirmed quote.

Please note: Gary's fee is POA but as a guide, offers will only be considered in the region of £1200 or higher. Serious enquiries only please.

So… stand-up comic Gary Colman (no, not that one… a different one) is the only stand-up comic to serve with the SAS, be a 'have a go hero' and hold a 'semi-qualification' in gynaecology".

After 14 years as an army doctor, Gary quit just before the last gulf war (the secret of comedy… timing) and now shares his discontented genius with you as he considers the big issues... life... love... and puppy spunk.

Gary has performed all over the UK, from the London comedy store to the Edinburgh festival and was a finalist in ‘New Act Of The Year 2009’ at the Hackney Empire. He is an accomplished comic actor (his macbeth… hilarious) and was nominated best comic actor in ‘2days laughter short comedy festival 2008’. His comic play ‘Salvation Army’ was produced by first draft theatre company in various theatres in London.