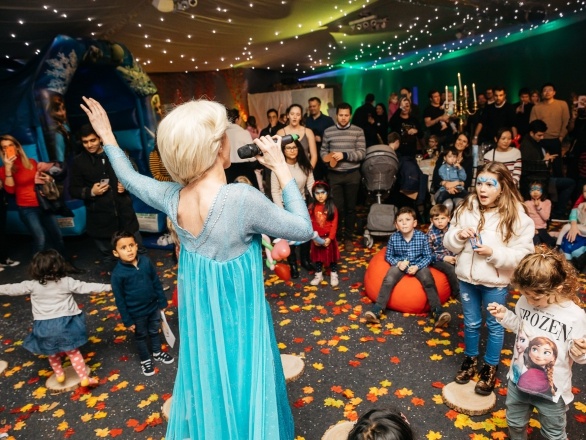 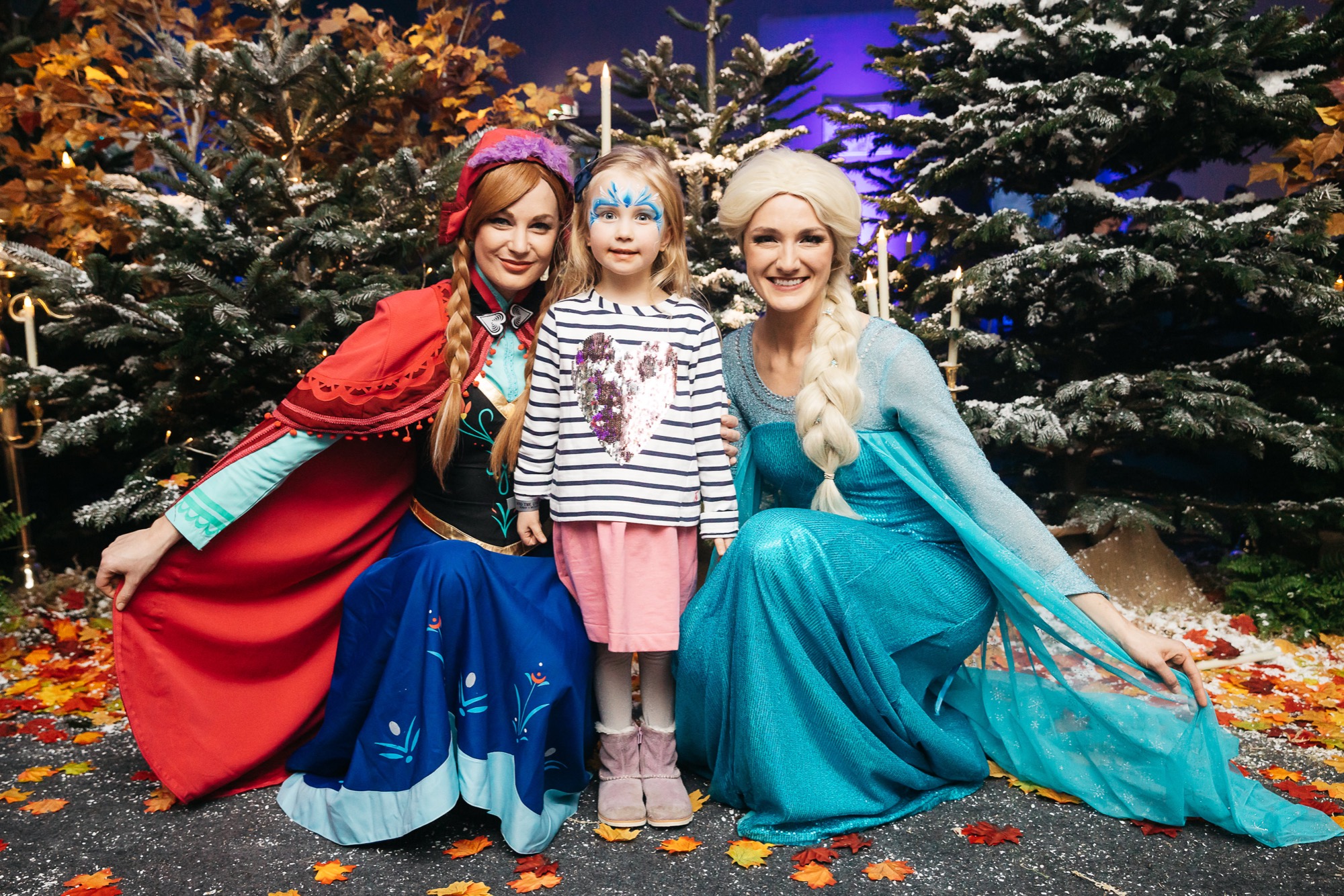 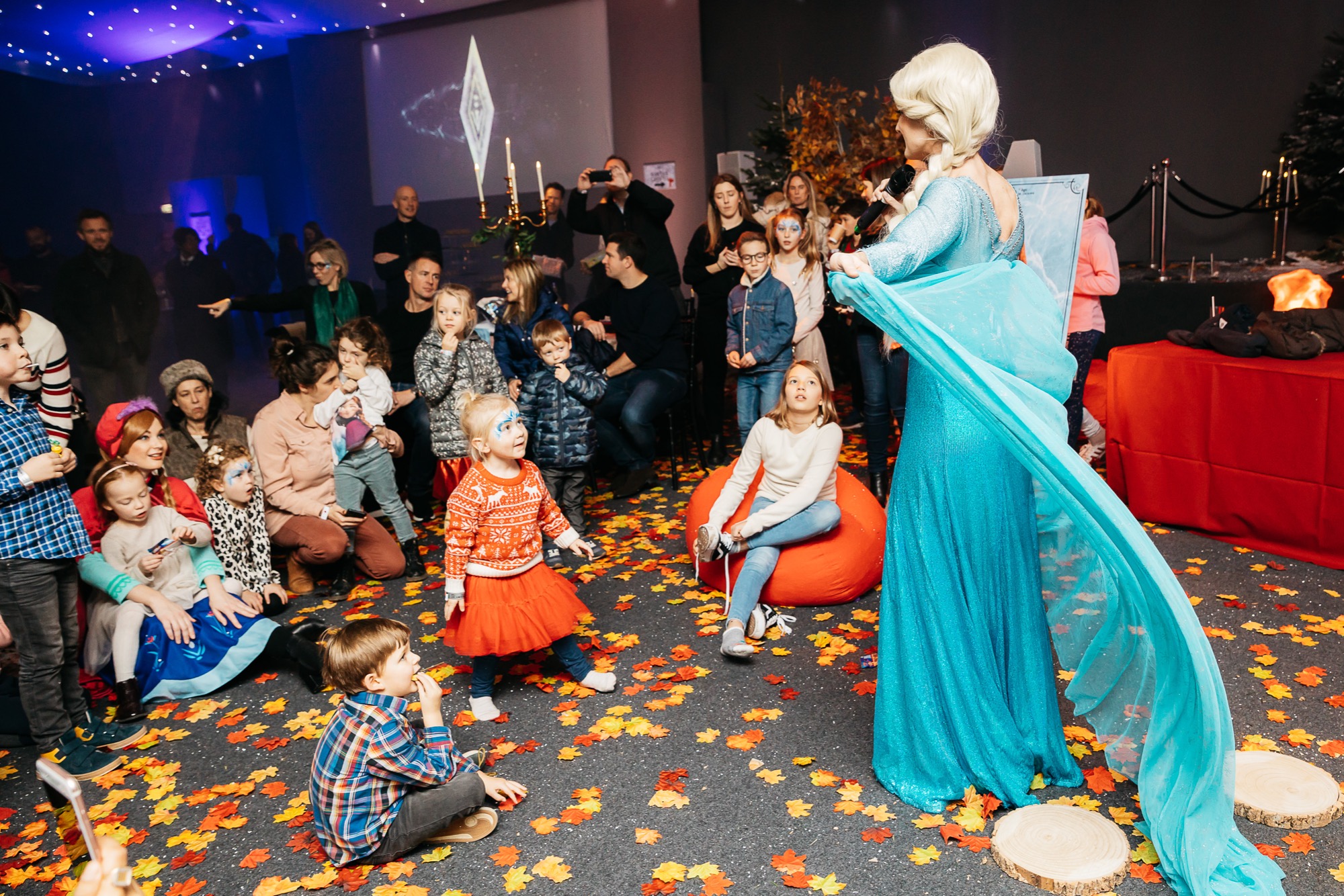 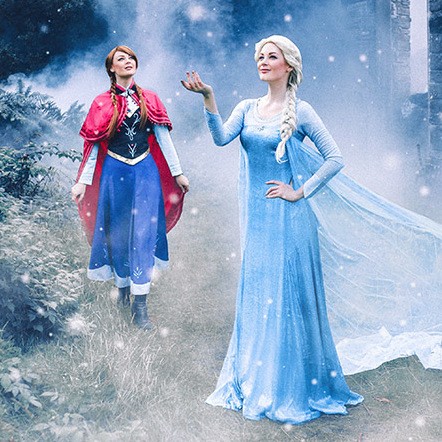 Perfect for switching on the Christmas lights, corporate and winter themed parties, the Frozen Singers will add a touch of Disney Magic to your event. Performance highlights include working for Disney as Pocahontas, Belle and Cinderella, as well as high profile events such as the Champions League Final in Berlin, The Dorchester and Blenheim Palace.

“The artists were beyond incredible from start to finish, they made the wedding perfect in every sense and I would love you to back just to relive hearing them sing over the first dances again. Thank you so much”

A total performance that made every little girl happy

“Punctual, polite, professional a total performance that made every little girl happy. Easy to work with. Thank you and an early Happy Christmas”

They really made our day even more special!

“We hired the Frozen Singers to perform at our wedding this year and I have to say, what amazing and talented singers they are! By far exceeded my expectations! They were absolutely amazing and everyone really enjoyed every moment of their performance. We asked if they could learn and sing our first dance song for us and they had no problem doing this, in fact they felt privileged and honoured. They really made our day even more special! I worked very closely with them to come up with a playlist to sing that suited our guests, they are very flexible and can perform other tracks if needed. They even stayed for a while afterwards to meet and greet everyone, the kids loved it! 10 out of 10 from my wife and I! 100% highly recommend that you hire the Frozen singers, you will not be disappointed. Thank you so much!”

I would love to book them again given the opportunity.

“I would love to book them again given the opportunity.”

To listen to such spectacular classically trained singers was an honour.

“What an amazing Act the Frozen Singers are. A variety of songs were sung, from Frozen songs, Angels by Robbie Williams and Nessun Dorma and so much more and to listen to such spectacular classically trained singers was an honour. So thank you so much, you made our evening even more spectacular x”

Price from £769 + travel from Warwickshire

Most Alive Network artists travel UK wide and internationally. Get a guide price instantly by clicking the 'get quote' button and entering your event date and location. Make an enquiry and we will liase directly with Frozen Singers to confirm price, availability, and the provide you with a confirmed quote.

Book the trio line-up with male vocals from Frozen's Kristoff.

Please note: PA is to be provided by client if event is taking place in Scotland, Ireland and North Wales.

Highlights
* Amazing Frozen themed entertainment!
* Option to add Kristoff to the line-up.
* Vocalists have previously performed for Royalty, Dame Helen Mirren and Michael Ball as well as performing with Steps, A1 and Atomic Kitten on arena tours!

With performers having worked in the West End, or for Disney, our show consists of live performances to an incredibly high standard, with made to measure costumes and the original soundtrack backing music, plus the opportunity for a meet and greet.

Specialising in songs from "Frozen", Anna and Elsa can also offer songs from alternative Disney films, Classical, Musical Theatre and Christmas songs. There's also the option to add "Kristoff" to your event!

All performers have West End credits to their name, with many having worked for Disney, playing the parts of Pocahontas, Belle and Cinderella. Other high profile events include performing at the Champions League Final in Berlin, Blenheim Palace, The Dorchester, and for Royalty.

* Please note: this act does not perform at Children's parties or Shopping Centre events.