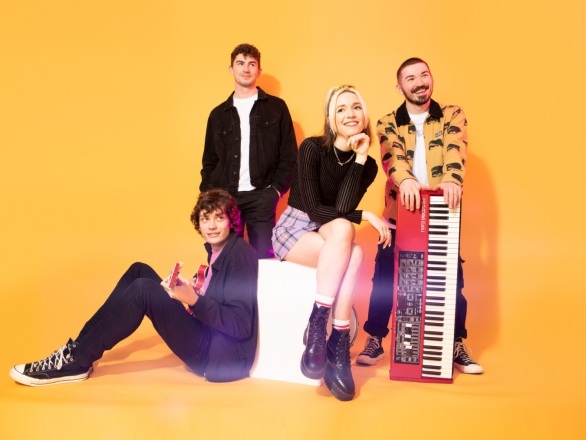 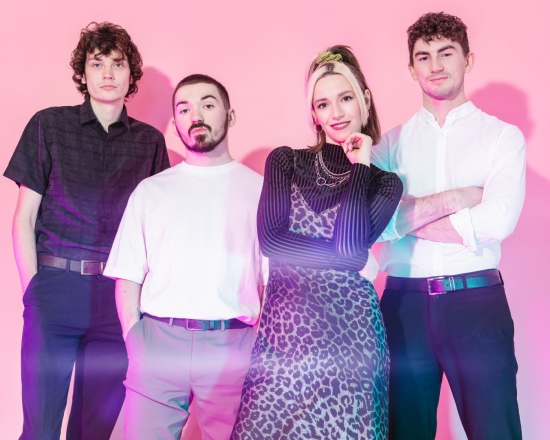 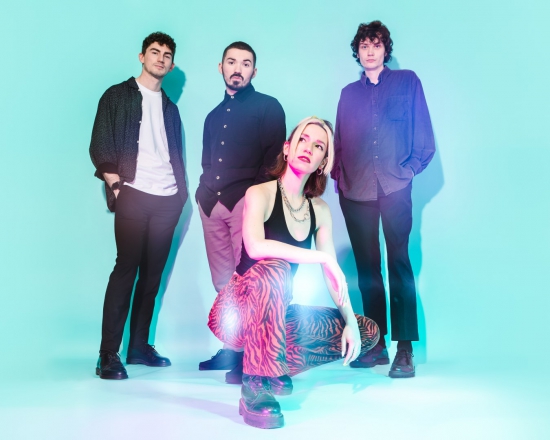 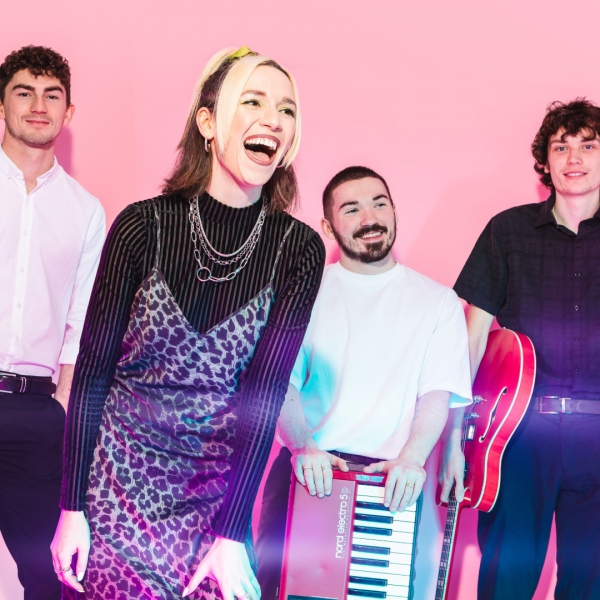 Fleur And The Flamingos

Fleur and the Flamingos are a highly talented 4 piece pop band hailing from the musical streets of Manchester. The band perform the latest pop alongside classic dancefloor fillers from every era including Dua Lipa, Florence and the Machine and Aretha Franklin. All of the bands members have music degrees from some of the countries most prestigious music colleges, including The Royal Northern College of Music (RNCM), Royal Holloway University of London.

“Communication was incredible from the very start to when they were packing up. The wedding preparations are always stressful but the music side of things was effortless. They made sure they understood what our needs and wants were so that they could provide exactly the sort of night we wanted. The whole band are very personable and friendly with an energy that got everyone moving all night! Fleurs stage presence is 10/10 and the boys are fantastic musicians, if you’re looking for professional, effortless talent this is the band to go with. Book them now you won’t regret it!!”

The recordings on the website do not do these guys justice!

“The recordings on the website do not do these guys justice! Real musicians with their own flare that really brought the songs in the set to life! They exceeded expectations, with a brilliant look and sound that made our wedding night so memorable! Thank you for an amazing evening!”

“On the lead up to our wedding the Band were nothing but helpful, we had some song requests and wanted to make amendments to the set list which they did without a fuss. They were professional from start to end and undeniably talented!! Fleurs stage presence and voice was top notch and the boys were fantastic too! What a night!!”

They made our wedding incredible

“After watching another band from Alive Network at my friends wedding, me and my partner decided to go with the Agency! They recommended Fleur and the Flamingos, and they really put on a show, we couldn’t have asked for more. Everyone absolutely loved the band and our guests were raving about them all night!”

Price from £1,223 + travel from Greater Manchester

Most Alive Network artists travel UK wide and internationally. Get a guide price instantly by clicking the 'get quote' button and entering your event date and location. Make an enquiry and we will liase directly with Fleur And The Flamingos to confirm price, availability, and the provide you with a confirmed quote.

Party band Fleur and The Flamingos have perfomed for countless priavte events accross the country, as well as working as session musicians, and have captivated audiences at venues across the UK, including Deaf Institute, Band on the Wall, Manchester Academy, Liverpool Arts club, YES, O2 Arena, The Lowry, Soup Kitchen, Gullivers and many more.

As standard Fleur and The Flamingos perform 2 x 60 minute or 3 x 40 minute sets and proved all PA and stage lighting to set up the party atmosphere for any event.

Members of the band have performed alongside many named artists including : Carl Palmer (Emerson), Aziz Ibrahim (Simply Red), Cassia, The Hara, KUBA, Joe Keegan and many more.

As a profession function band they have performed for numerous agencies and corporations filling dancelfoors all over the UK bring the party wherever they go.

Outside of the band members also run their own solo projects and have released their own music on major platforms including Spotify and Apple Music and have secured radio play on BBC Radio 6, XS Manchester and BBC Introducing as well as playlist play on multiple streaming services.

Collectively the band all have music degrees from some of the UK's best music conservatoires including RNCM, Royal Holloway University of London and Llandrillo college.

After booking, speak directly with Fleur And The Flamingos.