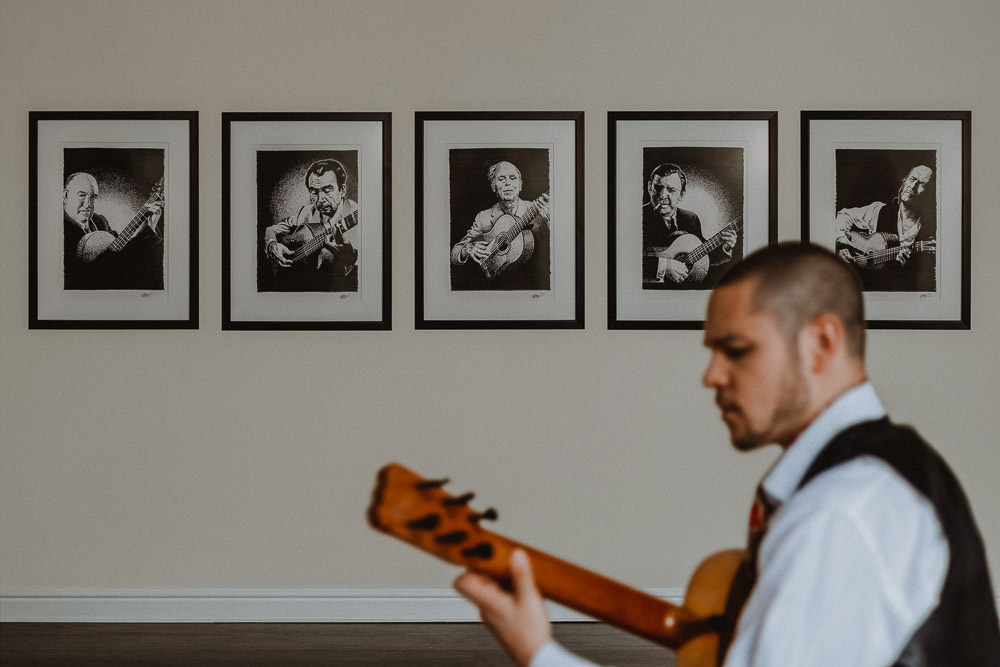 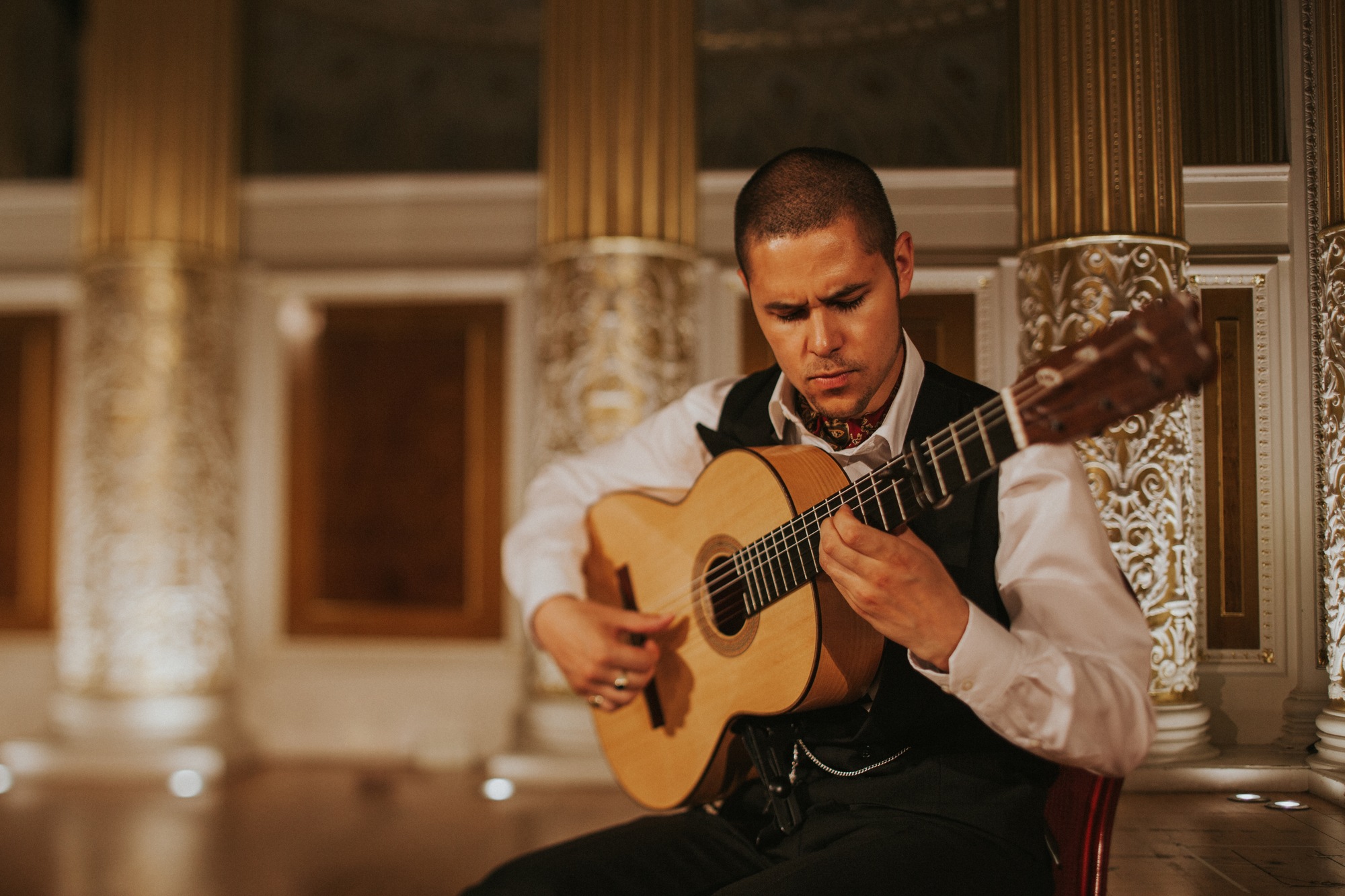 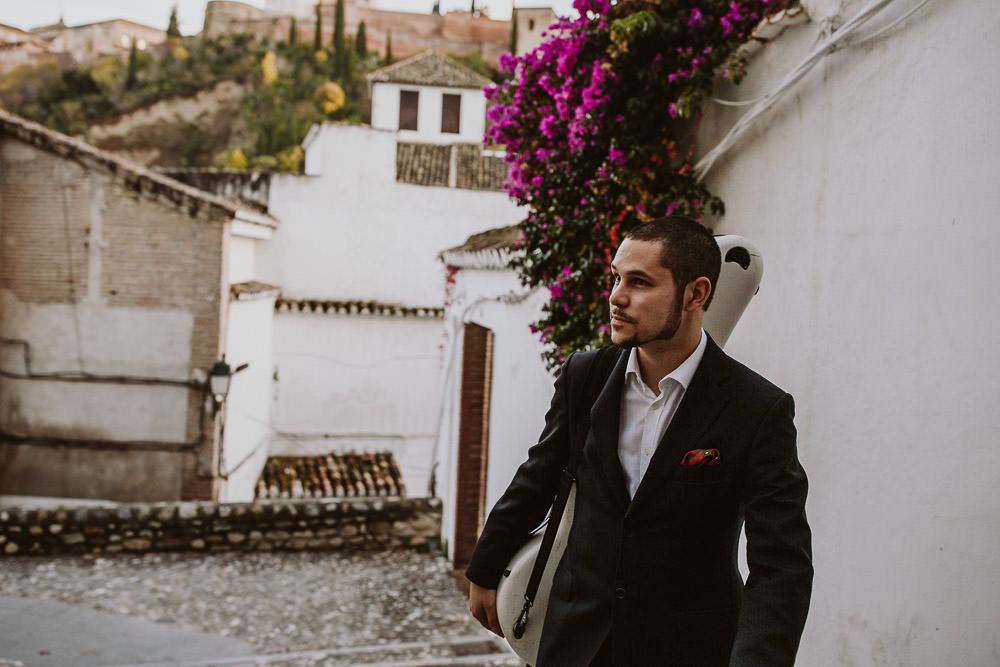 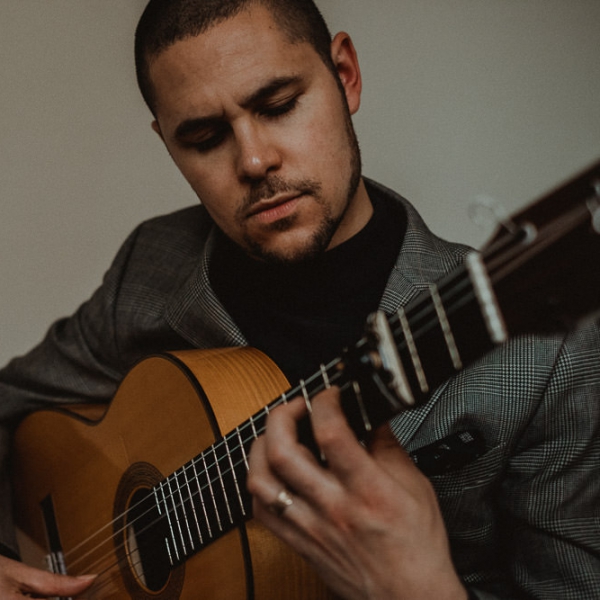 Solo flamenco guitar music lends a wonderful and exotic atmosphere to any event and ‘Flamenco Puro’ does not disappoint with his mastery of the tradition.

In performances ‘Flamenco Puro’ presents a selection of stunning flamenco palos drawn from the purest flamenco rhythmic forms. These include:

Price from £317 + travel from West Yorkshire

Most Alive Network artists travel UK wide and internationally. Get a guide price instantly by clicking the 'get quote' button and entering your event date and location. Make an enquiry and we will liase directly with Flamenco Puro to confirm price, availability, and the provide you with a confirmed quote.

‘Flamenco Puro’ is a nationally respected flamenco guitarist with a vast performance repertoire and professional experience. He was taught to play by the world-renowned flamenco guitarist Juan Martín and has since gone on to sculpt his craft performing in some of the world’s top concert halls. ‘Flamenco Puro’s’ musicianship has been described as “Fantastic!” by BBC Radio 3, “Masterful!” by the legendary jazz guitarist Kenny Burrell, and “very tasteful playing that makes the guitar sing.” by Guitar International Magazine.

Alongside ‘Flamenco Puro’s’ busy international tour schedule, he is also available to perform at private events: weddings, parties, corporate engagements and proms. For all such bookings, ‘Flamenco Puro’ presents wonderfully crafted, diverse and virtuosic solo guitar sets steeped in the richest and purest forms in the flamenco tradition. From fiery and dazzling palos such as the bulerías, to foot taping Latin American rhythms such as rumba, and even subtle and moving flamenco laments such as seguiriya, ‘Flamenco Puro’ brings a ray of Mediterranean sunshine to enhance any occasion. Don’t miss out, book him to perform at your event today!