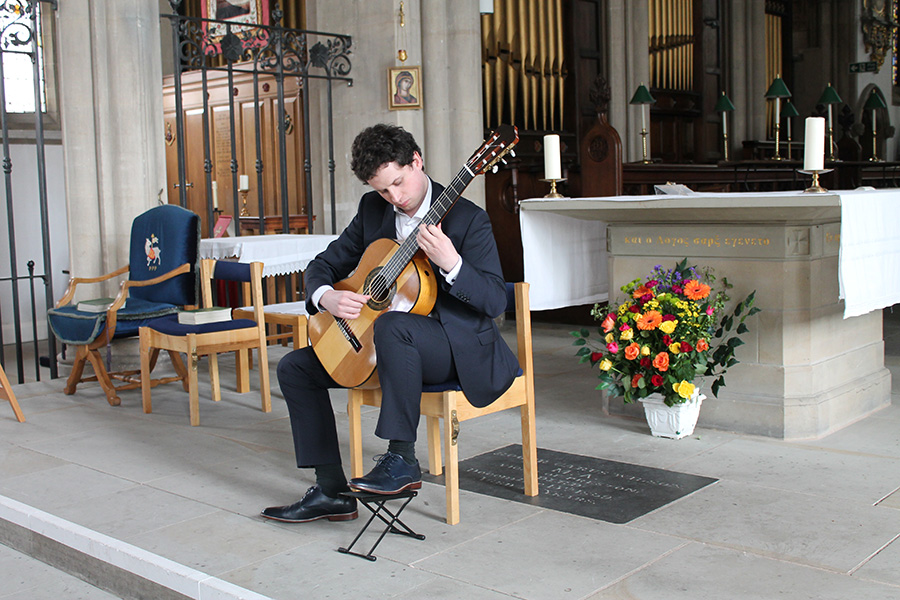 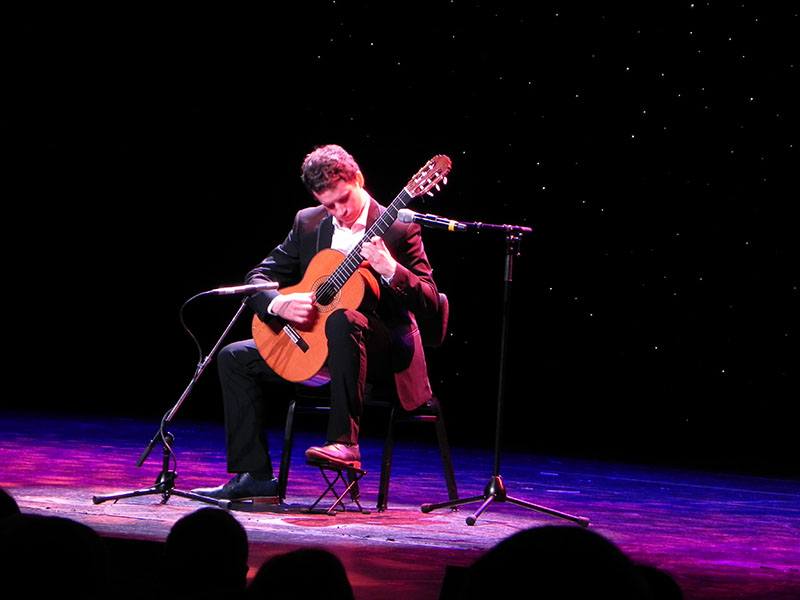 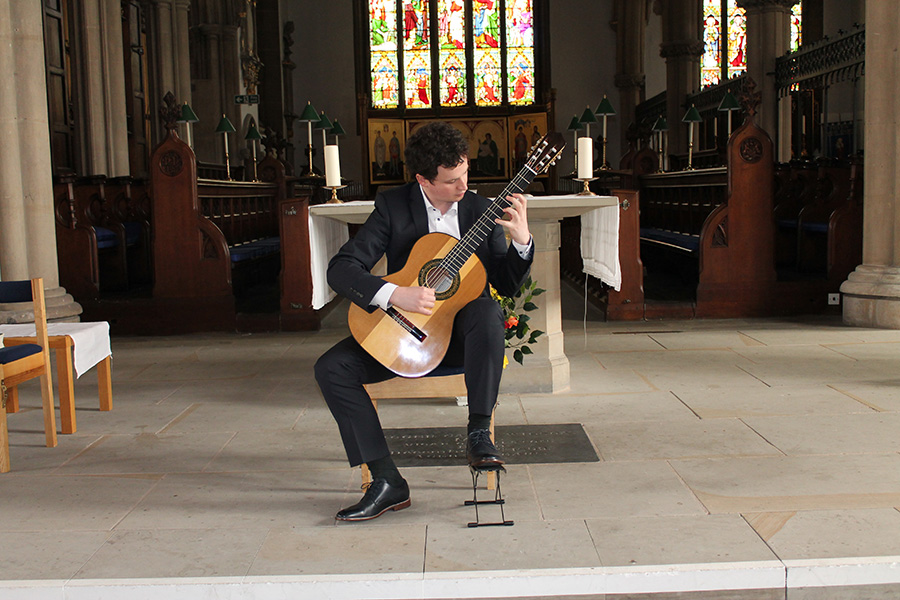 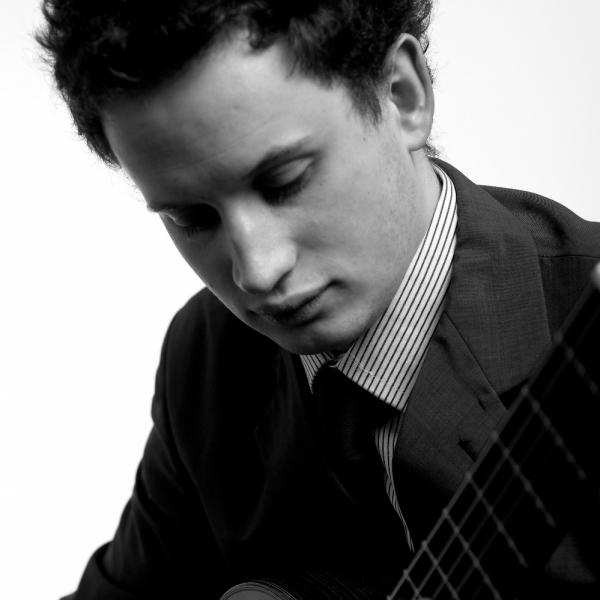 Described as the next in line of great classical guitar players, Fin M Guitar is becoming renowned for his sheer virtuosity and musicality. Performing an eclectic mix of music, from Classical, Jazz, Easy Listening Pop to Spanish & Latin, Fin M Guitar will create a beautiful backdrop to your event!

“A great musician for a special day!”

Pop/Rock Pre 2000's
Day Tripper
Everything I do I do it for you
Hello, Goodbye
Here comes the Sun
Fields of Gold
Kiss from a Rose
Penny Lane
Something
Stairway to Heaven
Tears in Heaven
The Long and Winding Road
This Boy
Unchained Melody
Yesterday

JAZZ
Don't get around much anymore
My Favourite Things
Have you met Miss Jones?
My Romance
My Funny Valentine
Take 5
The Girl from Ipanema
What a Wonderful World

A great musician for a special day!

“An educated, well spoken, polite, reliable and most importantly an accomplished classical guitarist. A guest, who has been a music teacher for most of her life, was amongst those who appreciated and commented upon his positive contribution to the day.”

“Fin transfixes an audience with his musicianship, ease on stage and the sheer beauty of the music that he performs. He also possesses a rare skill; in just a few words he can bring to life the composers and their music, as well as his instrument’s rich lore. He is a born communicator, whether playing his guitar or speaking. While at breakfast on the morning before his final recital, I overheard a woman timidly ask her companion if he would be attending Fin’s performance that afternoon. He barked back, ‘That young man is phenomenal, just like a young Segovia’. I never heard Segovia live, but Fin is a mighty fine guitarist.”

Concerts were excellent, they really were!

“Had to contact just to say how much my wife and I enjoyed your concerts, they were excellent, they really were.....Just wanted to wish you best wishes for the future. I am sure we will be hearing a great deal more of you in the years to come. Gareth”

Full of admiration for you especially as you are such a grounded and humble pers...

“It was a pleasure to meet you on the cruise and loved listening to your shows so much....Full of admiration for you especially as you are such a grounded and humble person with it! I wish you continued success”

One of his most memorable moments was listening to him

“We had Fin play before and after our wedding ceremony. Rich (the groom) said one of his most memorable moments was listening to him; once all of the guests had been ushered in to take their seats for the ceremony, Rich and his Best Man had a minute to just stand and listen to him play Asturias before they walked in.”

Most Alive Network artists travel UK wide and internationally. Get a guide price instantly by clicking the 'get quote' button and entering your event date and location. Make an enquiry and we will liase directly with Fin M Guitar to confirm price, availability, and the provide you with a confirmed quote.

Highlights
* Classically trained guitarist who was offered a place on the prestigious Artist Diploma programme at the Royal College of Music.
* Extensive repertoire covering Classical, Pop, Latin & Jazz Standards.
* Performed with the legendary John Williams, and at venues such as Wigmore Hall, Royal Exchange Theatre, Walton Festival & Bowdoin Music Festival in the USA.

Described as the next in line of great classical guitar players, Fin M Guitar is becoming renowned for his sheer virtuosity and musicality.

After receiving his Master of music degree from the Peabody Institute in the US, he was accepted into the studio of world-renowned concert guitarist Manuel Barrueco and was awarded a Peabody scholarship. Prior to his American studies, Fin M Guitar was a student at the Chetham's school of music, studying under the influential guitar pedagogue Gordon Crosskey, and was offered a place on the prestigious Artist Diploma programme at the Royal College of Music in 2011, to study with guitar maestro Gary Ryan and graduated in 2012.

Ever since performing for the first time publicly, Fin M Guitar has continued to perform at venues such as the Wigmore Hall, St. Martins-in-the-Fields and the Royal Exchange Theatre, as well as festivals including the Walton festival and the Bowdoin music festival in the USA.

Fin M Guitar has also performed with a variety of ensembles including the National Youth Guitar Ensemble of England where he performed with legendary guitarist John Williams, as well as performing with the Peabody Symphony Orchestra.

His performances include an eclectic mix of music, from J.S. Bach, John Dowland, Benjamin Britten, to William Walton and Manuel Maria Ponce.