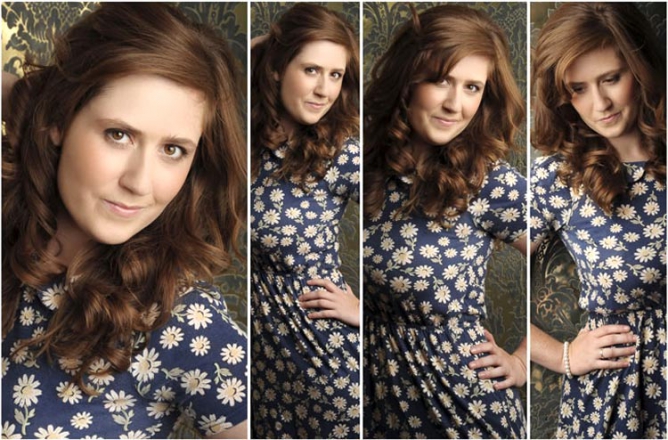 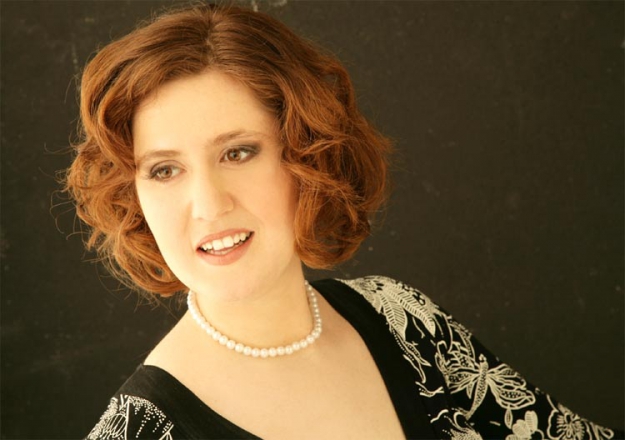 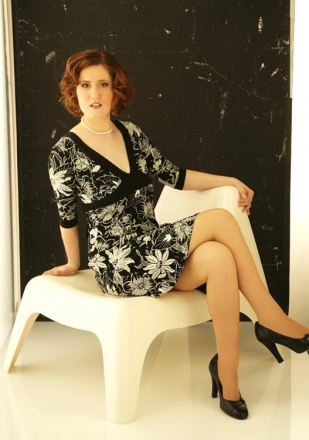 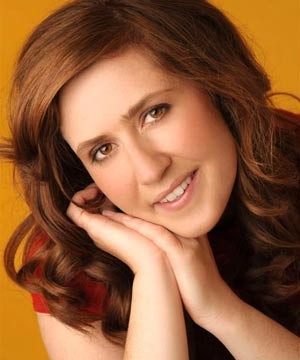 Stunning female Jazz vocalist - ideal for weddings, corporate events and dinner parties specialising in easy listening and background Jazz with some uptempo and dancier numbers to add a little variety to your event.Christmas Songs Available!

Jazz -Perfect whilst you Dine Drink or Dance:
I've Got You Under My Skin
The Nearness Of You
My Funny Valentine
They Can't Take That Away From Me
Cheek To Cheek
All The Things You Are
Night And Day
Misty
Summertime
I'm Old Fashioned
Moonlight In Vermont
Honeysuckle Rose
Embraceable You
Love For Sale
Shiny Stockings
Someone To Watch Over Me
It Had To Be You
Dindi
Let There Be Love
Lullaby Of Birdland
Gee Baby Ain't I Good To You
Almost Like Being In Love
Our Love Is Here To Stay
You'd Be So Nice To Come Home To
Tea For Two
If I Were A bell
I Thought About You
The Gentle Rain
Polkadots And Moonbeams
Old Devil Moon
I Can't You Anything But Love
East Of The Sun
It Could Happen To You
What A Difference A Day Made
How High The Moon
Lets Get Lost
More Than You Know
Just Squeeze Me
The More I See You
But Not For Me
My Foolish Heart
I'm In The Mood For Love
You're Getting To Be Habit With Me
Taking A Chance On Love
Cry Me A River
Walk On By
Sunny
Ain't No Sunshine
and many more........

Easy Listening:
Don't Know Why
You're Everything
Pure Imagination
I Remeber You
If I Should Lose You
What Is This Thing Called Love?
The Very Thought Of You
Dindi
The Days Of Wine And Roses
Smile
Yesterday
Can't Help Falling In Love
You Don't Know What Love Is
Caravan
But Not For Me
Stella By Starlight
You've Changed
Never Let Me Go
Alone Together
Body And Soul
Over The Rainbow
I'll Be Seeing You
Summer Samba
Peace
All Or Nothing At All
A Ghost Of A Chance
Here's That Rainy Day
Comes Love
My One And Only Love
We'll Be Together
I Only Have Eyes For You
In The Wee Small Hours
It Never Entered My Mind

To Dance the night away:
You've Got A Friend
Lets Stay Together
Say A little Prayer For You
Moondance
Love Fool
Street Life
Hero
Midnight Hour
What's Going On
Midnight At The Oasis
Your Song
How Sweet It Is (To Be Loved)
Feel Like Makin' Love
For Once In My Life
How Sweet It Is
Dancing queen
Mountain High, River Deep
Respect
If I Can’t Have You
Saving All My Love For You
The Look Of Love
California Dreaming
I Just Called To Say I Love You
Nobody Does It Better
Everything Must Change
Don’t Be A Stranger
New York (A.Keys)

Please Note: Ella Rooke and her musicians are willing to accept any song requests you may have to make your event even more special...

NEW! Christmas Songs
The Christmas Song
Have Yourself A Merry Little Christmas
Santa Claus Is Coming To Town
Let It Snow! Let It Snow!
Winter Wonderland
Rudolf The Red Nose Reindeer
Frosty The Snowman
Jingle Bells
Auld Lang Syne
Silent Night
Away In A Manger
Hark The Herald Angels Sing
Sleigh Ride
All I Want For Christmas Is You
Chesnuts Roasting On An Open Fire
We Wish You A Merry Christmas

Most Alive Network artists travel UK wide and internationally. Get a guide price instantly by clicking the 'get quote' button and entering your event date and location. Make an enquiry and we will liase directly with Ella Catherine to confirm price, availability, and the provide you with a confirmed quote.

Vocals, Piano or Guitar and Bass

Standard Line Up- Duo: Vocals and Piano or Vocals and Guitar.
*Trio through to 6 piece also available (see booking options for more details).

You’d think that with a name like Ella it would all just come naturally. Well this Ella has worked admirably hard towards making the name famous all over again with her album – ‘When You Love Someone’. In 2004 she won sponsorship for a UK tour as the youngest vocalist Jazz Services had ever taken on board to a reception of rave reviews.

Ella has been deeply affected by music right the start and fell in love with the American Songbook at an early age. Originally Ella is a country lass from a small pennine village in Saddleworth. Ella recalls one of her earliest childhood memories was with her father composing songs. Dad would write the lyrics and Ella would write the tunes.

In 2000 Ella formed her own quintet building up a large repertoire with fresh sounding arrangements and began to gig regularly on the northern Jazz scene. This included a residency at Pizza Express South King Street in Manchester. Influenced strongly by Ella Fitzgerald and Jane Monheit she went onto develop her style at Trinity College Of Music under the guidance and inspiration of Trudy Kerr with determined enthusiasm. Ella has performed with various Jazz artists including Jean Toussaint, Phil Robson and Russell Van De Berg.

In 2004 Ella recorded– ‘When You Love Someone’, which has recently been reviewed in Jazz UK Magazine, describing her as an impressive and extremely accomplished Jazz Singer. In September 2005 Ella was invited to sing with the Manchester Youth String Orchestra and rhythm section with Les Chisnall at The Blue Box Theatre, performing various arrangements of Cole Porter and including her title track – "When You Love Someone".

Rob (Piano)
Rob's musical education started in his home city of Hull, England, where he studied from an early age. He played his first Jazz gigs in early teens, and worked with trumpet player Martin Jones and his free jazz project 'Trivial Pursuit.'

Rob has toured Germany, the USA and Italy with Big Bands.He has also appeared with soloists such as Kenny Baker, Mark Nightingale and Marti Webb. Recently he has held residencies at the Hilton Hotel on Regent Street, London and has toured Norway with a qurtet playing dates at the Moulde Jazz Festival.

Ryan (Guitar)
Graduating from the Guildhall School Of Music And Drama in 2007, Ryan is an in demand freelance guitarist based in London. His versatility has seen him perform across the UK and Europe as both a leader and as a sideman with a wide range of artists from Gerard Presencer, Then Jerico, Beth Rowley and his own critically acclaimed group Flashmob. Ryan can be seen performing regularly at many of London’s most prestigious venues including Ronnie Scott’s, The Jazz Cafe, The Union Chapel and The Vortex.

Adam (Bass)
Born in Jersey, Channel Islands in 1987, Adam took up the alto saxophone at 9 years old. Through the exposure of different styles of music from his father he started playing electric bass guitar at 14 and before 15 was getting booked on gigs in and around the Channel Islands. Having had the opportunity to play within a wide variety of genres including Rock, Pop, and R&B he realised that it was Jazz that offered the greatest level of freedom and expression musically.

Adam studied Jazz Music at Middlesex University gaining First Class Honours. He took up double bass in the 2nd year of his studies and within 5 years has become one of the most in demand bassists on the UK scene. He has been asked to play with some of the most prolific musicians on the UK and international jazz scene including Peter King, Stan Tracey, Julian Joseph, Will Vinson, Joe Cohn, Gilad Atzmon, Jim Mullen, Alan Barnes and Nigel Hitchcock amongst many others. He can often be seen playing at London's top Jazz establishments such as Ronnie Scott's, 606 Jazz Club and Pizza Express Jazz Club.

Adam currently is based professionally in the UK and has toured much of Europe including Holland, Italy, Spain, Portugal, France and Germany with domestic and international musicians. He is also just as comfortable in the studio as on stage having recorded for the likes of Warner Brothers, Universal and the BBC.


What people have said:
"An Impressive and extremely accomplished Jazz Singer"
Jazz UK

"Ella has the magic of a great Jazz Singer. She swings effortlessly and delivers her
lyrics with finesse"
Trudy Kerr

"A great selection of music and a versatile talent"
Carol Kidd

"It's great, there's tons of enthusiasm and a real 'feel good' factor about the whole CD. Loads of fresh ideas"
Clare Teal

"... that Ella can sound so fresh and convincing on a vocal favourite like "What Are You Doing The Rest Of Your Life?" is perhaps the biggest testament to her ability"
James Taylor