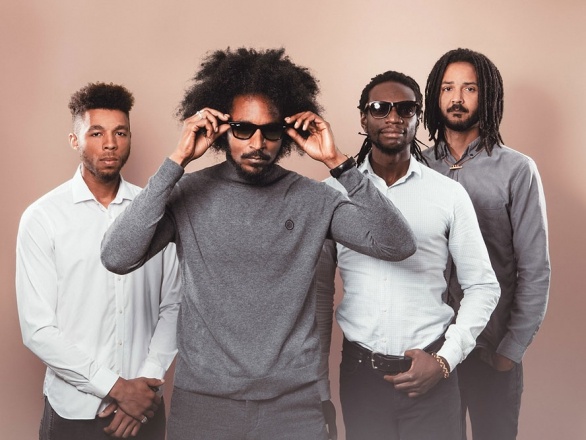 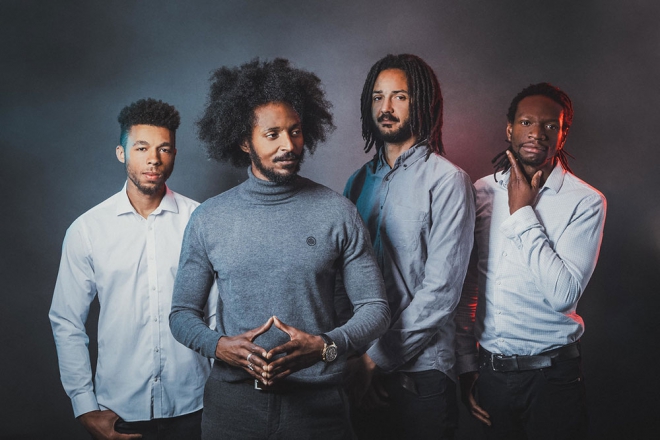 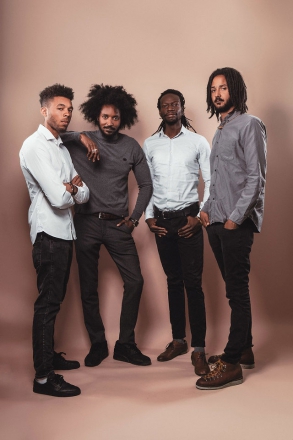 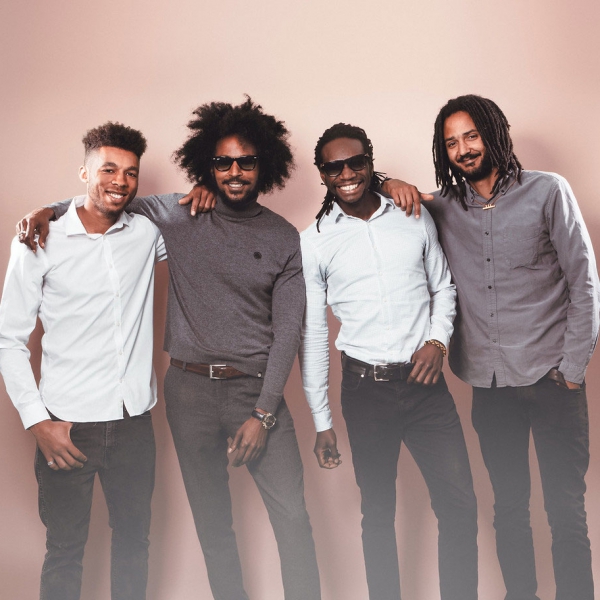 As full-time professional musicians for over 10 years, Electric Groove have performed over 600+ live shows together across the globe including shows in America, Japan, Chile & across Europe! Now ready to rock your party, the band's exciting repertoire covers pop, rock, funk & soul music from Bowie, Bruno Mars, Stevie Wonder, Marvin Gaye & much more!

Electric Groove performing Move On Up Live In Session - Available from AliveNetwork.com

“What an awesome band and Mensah was an absolute gentleman. All the guest had a great time and we’re up on the dance floor. My wife and I couldn’t have been happier. What a wedding day”

Highly recommend, we loved every minute

“From start to finish Mensah and co perfermed amazingly. The sound was perfect and really worked well with the venue’s acoustics. The set list flowed really well and kept the dancefloor full basically all night! We got them to learn the song for our first dance and we were so so happy with it. Mensah’s vocal were insane and the instrumentals were equally as good! Couldn’t recommend them enough!”

The absolute best party band ever seen by any of us!

“I am so grateful and must say how brilliant the band were. Before the party the communication was good and on the day the guys arrived early and set up quickly. It always helps when dealing with nice people and all the guys were friendly and very professional. After the party, everyone was asking who they were and was saying that they have never seen such a great band at a party. The playlist was ideal for what we wanted and the quality of performance was just great! Thank you for making the party so good for all our guests.”

Electric Groove made the evening!

“Thanks so much to Electric Groove for performing at our event back in December. We all had such a brilliant time and the dance floor was packed with everybody up dancing! You guys made the evening!!”

Kept everyone dancing all night - our families are still talking about how great...

“I can't stress enough how glad I am we booked Electric Groove to play our wedding. I had considered booking a DJ for the evening rather than a band as our wedding budget was fairly modest, but booking Electric Groove instead was by far the best spending decision we made for the day, more than worth every penny. They were friendly, professional, unobtrusive and efficient when setting up, and most importantly were absolutely amazing for their set. They really set the tone for a party atmosphere for our reception.”

Most Alive Network artists travel UK wide and internationally. Get a guide price instantly by clicking the 'get quote' button and entering your event date and location. Make an enquiry and we will liase directly with Electric Groove to confirm price, availability, and the provide you with a confirmed quote.

For Electric Groove to provide a DJ Package up until midnight (band member using a laptop, song requests taken in advance of the date to run during their break and then a manned service after their 2nd set, with requests taken on the night also).

Electric Groove to finish after midnight per hour.

For Electric Groove to learn and perform a song of your choice.

Keith Richards (The Rolling Stones) - "An explosive show! A great band."
Pete Doherty (The Libertines) - "They play guitars like demons. How all bands should be."
Tom Robinson (BBC 6 Music)-  "Highlight of the whole festival." (SXSW, Austin Texas)
_

As full-time professional touring musicians for over 10 years, they have performed over 600+ live shows together across the globe including shows in America, Japan, Chile & across Europe. Electric Groove have a huge music repertoire to choose from across the genres of pop, rock, funk & soul, to cater for any private function, wedding, or corporate event.

Festival highlights include performances at all the major music festivals including 'Glastonbury Festival', 'Hyde Park Calling', 'Isle of Wight Festival', 'Standon Calling' & many other European festivals.

The bands biggest ever live audience was to 40,000+ people at the 'Vina Del Mar Festival' in Santiago, Chile.

Brand new to the 'Alive Network' agency for 2018, 'Electric Groove' are now available for private/corporate bookings across the UK & Internationally.