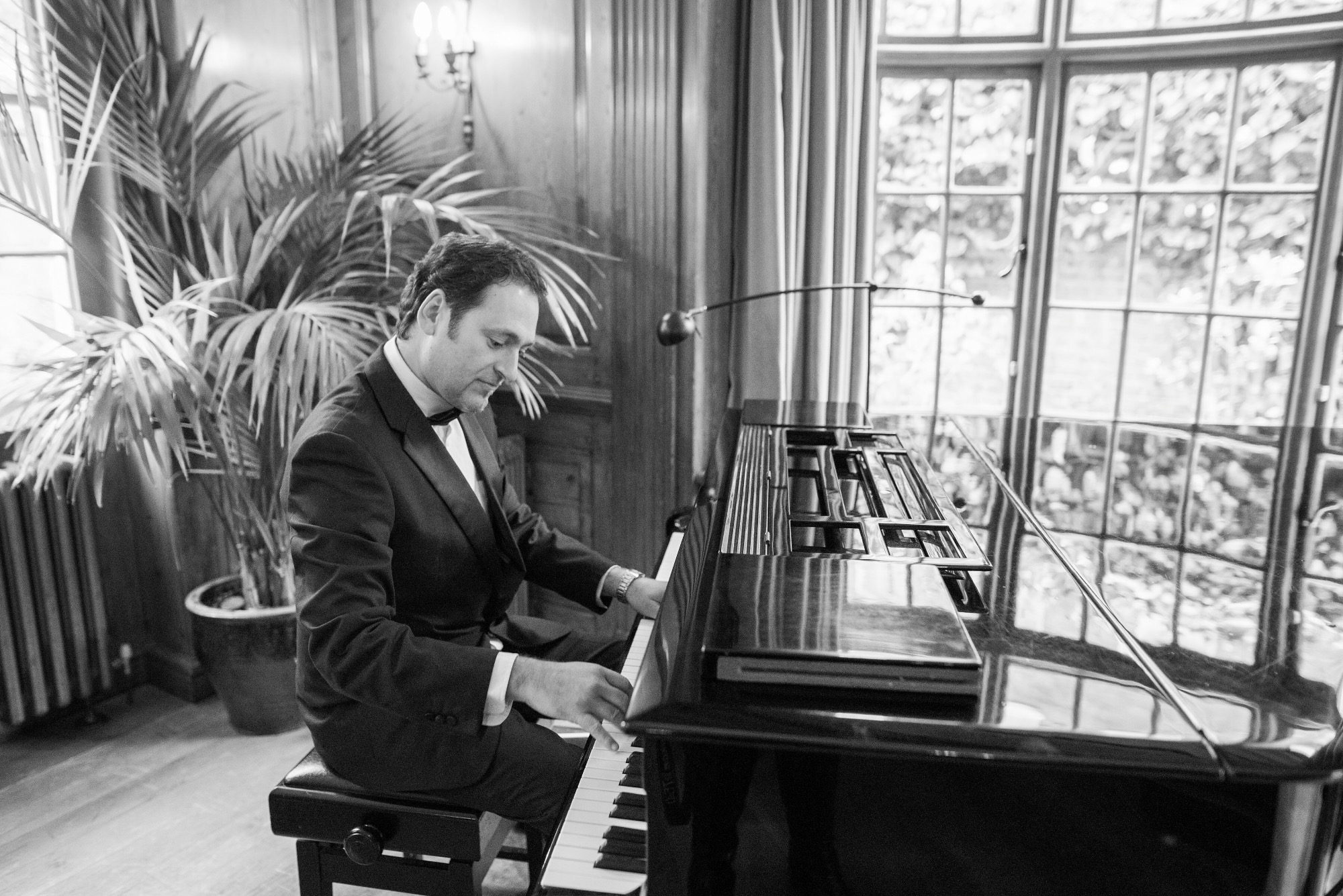 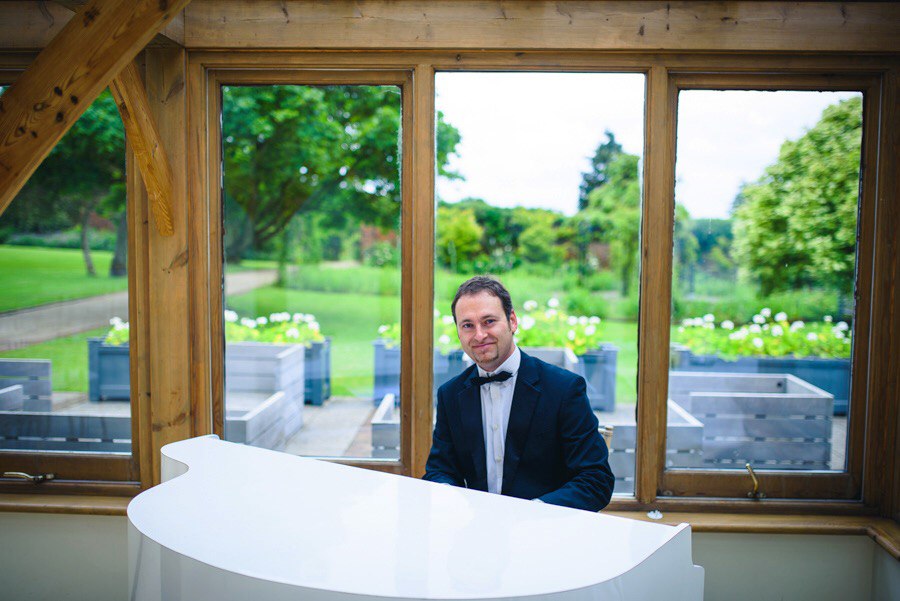 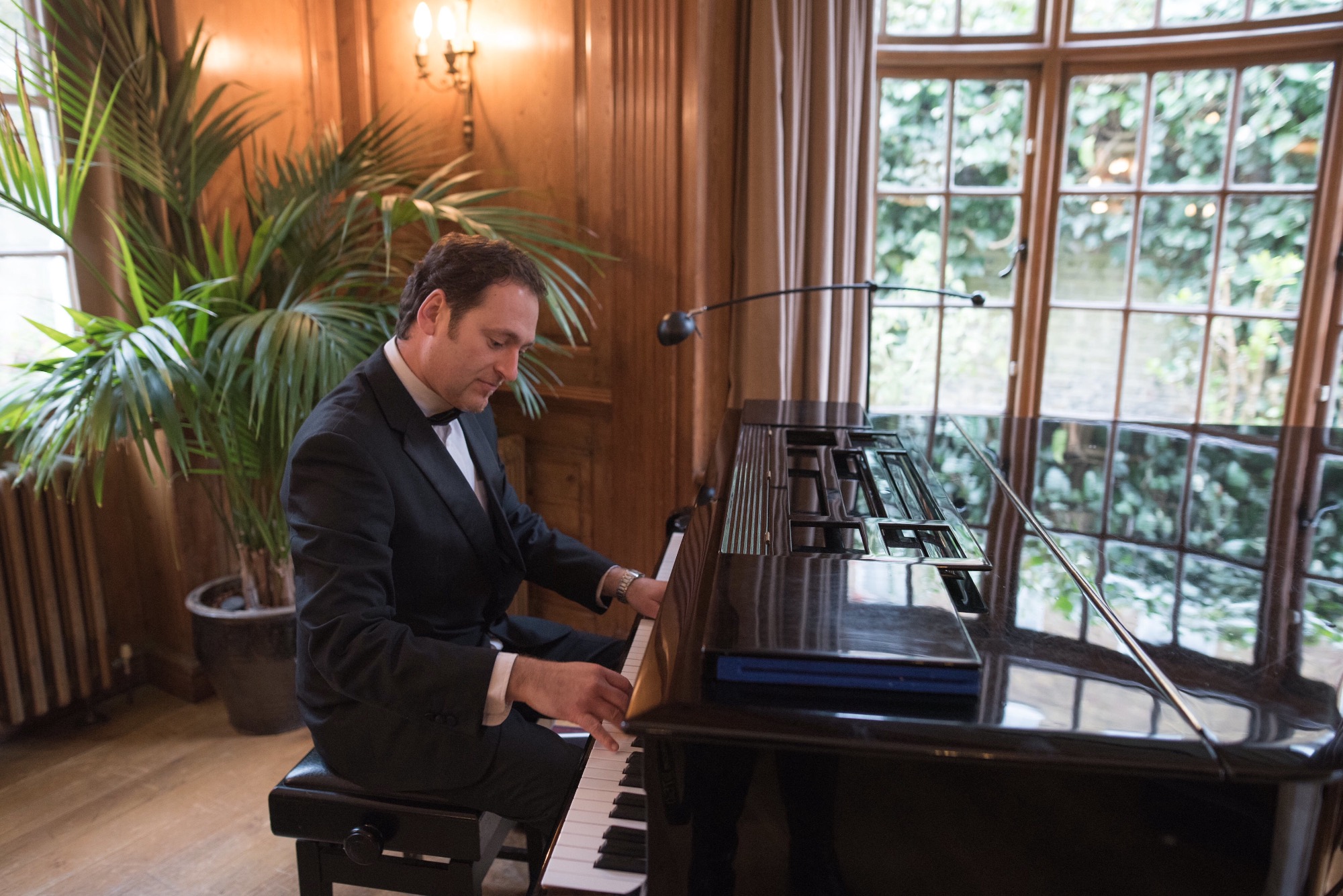 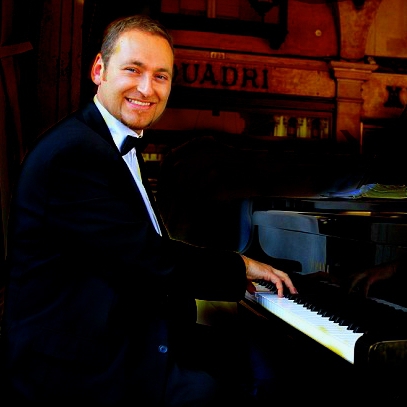 Dorel is a professional, five star hotel pianist who has performed for the likes of Sir Elton John, Nicole Kidman and the Versace family around the world; in cities such as London, Vienna, Paris, Rome, Istanbul & Rio de Janeiro.

A thousand years - Christina Perri (Twilight Soundtrack)
Thinking out loud - Ed Sheeran
All of me - John Legend
Kissing you - Desree
Romantic Wedding March - Miranda Wong
At last - Etta James
Greatest day - Take That
Just the way you are - Bruno Mars
Chasing cars - Snow Patrol
Sex on fire - Kings of Leon
Amazed - Lonestar
Sweet child o'mine - Guns'n'Roses
Basket case - Green Day
Mr.Brightside - The Killers
One day like this - Elbow
Have I told you lately - Van Morrison
Unchained Melody - North
A Whiter Shade of Pale - Reid/ Brooker
That's What Friends Are For - Bacharach
Arthur's Theme - Bacharach
Imagine -Beatles
Yesterday -Beatles
Hey Jude -Beatles
Let it be -Beatles
Just The Way You Are- Billy Joel
Honesty -Billy Joel
Hello - Lionel Richie
You're not alone - Michael Jackson
Heal The World -Michael Jackson
Song For Guy -Elton John
Your Song -Elton John
Can you feel the love tonight -Elton John
Love Me Tender - Elvis Presley
Can't help falling in love with you - Elvis Presley
You're The Sunshine Of My Life - Stevie Wonder
I Just Called To Say I Love You - Stevie Wonder
Isn't She Lovely - Stevie Wonder
Careless Whisper - George Michael
All at once - Whitney Houston
The greatest love of all - Whitney Houston
Didn't we almost have it all - Whitney Houston
It must be love - Madness
Chasing cars - Snow Patrol
Marry you- Bruno Mars
How long will I love you - Ellie Goulding
Wonderwall - Oasis
Magic - Coldplay
Yellow - Coldplay
Ordinary people - John Legend
Don't wanna miss a thing - Aerosmith
With or without you - U2
If I ain't got you - Alicia Keys
Butterfly Waltz- Twilight Saga
Kiss me - Ed Sheeran

“I must start off by saying how amazing Dorel was on the day. He was thoroughly professional, played the right songs at the right time and was a lovely man! Prior to our wedding, Dorel's communication was spot on. He was really attentive and asked when to play certain songs at certain times etc. He played, with the grand piano shell for the ceremony, during the photos/ canapes & the wedding breakfast. It looked fantastic. And he was well dressed for the part aswell. As well as playing fantastic and recognisable songs for the whole day, he became our saviour at one point! During the ceremony, a nightmare situation happened. My wife had chosen a specific song she and the bridesmaids/ ushers were to walk down the aisle to. Unfortunately the sound system at the venue, for this crucial part, failed us and the song didn't play. Dorel looked at us, as aghast as I was. Then quickly sprung into action and played Ed Sheeren's 'Perfect', so that they weren't walking out into silence. He was o...”

Exceeded our expectations in every way

“The whole thing was incredibly smooth from the very start. Cornel was so easy to communicate with and so enthusiastic about all of our ideas. He wasn’t phased by any of our special requests and gave us helpful tips when we needed them. On the day he really made our wedding ceremony even more special than it already was. He played beautifully, and all of our guests commented on how wonderful he was. I can’t quite express how happy we are with the whole experience.”

A Fantastic performance and a great addition to our wedding day

“Dorel Oprea was absolutely brilliant and we can't thank him enough for his time. Prompt and the setup went smoothly. Great communication before hand and Dorel was absolutely pitch perfect - brilliant! Thank you again”

Amazing pianist which made our day!

“Cornel was great on the day, playing a huge plethora of songs for our guests. It set a really classy tone at our drinks reception and guests loved the vibe. Cornel was really professional in the build... He made it one less thing to worry about on the day. He played every song we could imagine and made the ceremony one to remember. Thanks Cornel for making our day even more special!”

Wonderful, so lucky Dorel was available!

“Dorel played at our wedding three weeks ago and was super helpful even before the day. He provided us music to choose from that would help set the tone for each of the special milestones throughout the day . On the day itself we received so many compliments on his performance and we loved all the music that was played. I can not recommend him enough!!”

Price from £256 + travel from Hampshire

Most Alive Network artists travel UK wide and internationally. Get a guide price instantly by clicking the 'get quote' button and entering your event date and location. Make an enquiry and we will liase directly with Dorel Oprea to confirm price, availability, and the provide you with a confirmed quote.

Dorel Oprea is a top five star hotel, professional pianist with a university music degree, who is based in the UK and available for any corporate events and weddings!

He has been playing piano since he was seven years old and has since performed around the world in cities such as Vienna, Paris, Rome, Istanbul & Rio de Janeiro.

His band was also hired by the Versace family to play at a wedding and has performed at Saudi businessman billionaire Sheikh Walid Juffali’s wedding in Venice.

Dorel has a baby grand shell available for his keyboard. See booking options for price