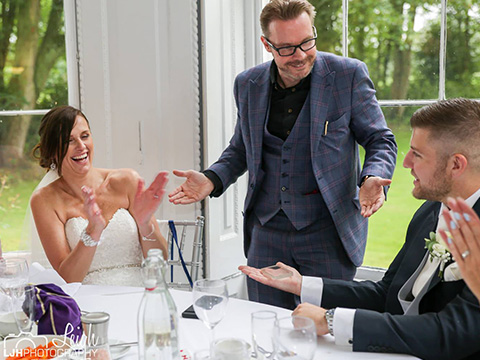 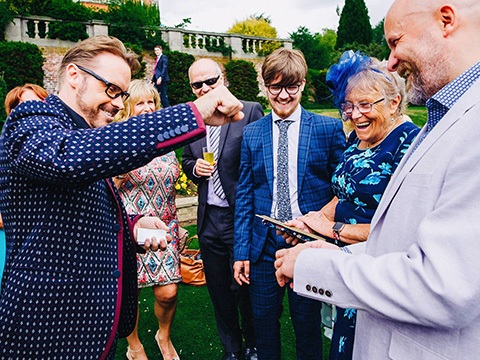 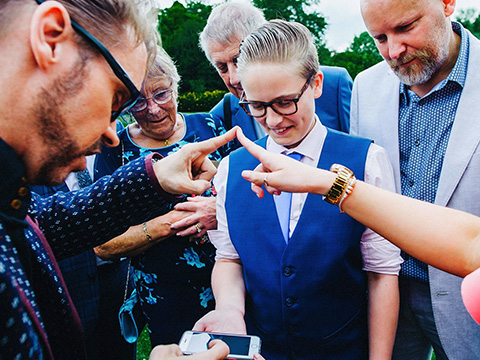 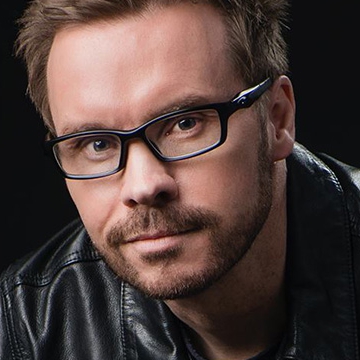 “David was very friendly and great with all our wedding guests even those that didn't like magic where amazed at the tricks, he was a great conversation starter for those that didn't know each other would gladly have him again for another function. ”

“We had David for our firm's annual Summer Party, he was amazing. Kept the crowd's attention and his close up magic is something else - people are still talking about how he did some of his tricks. Would definitely recommend!”

“It didn't just live up to expectations it exceeded them TOTALLY! He has left us all blown away with no idea of how he did any of his performance. The office has been buzzing today with people talking about him.”

David Penn was marvellous. Have no hesitation in recommending him to any party, ...

“David Penn was marvellous. He arrived on time, was very friendly and professional. He went round all the tables and everybody thought he was brilliant. Have no hesitation in recommending him to any party, large or small”

Everyone and I mean EVERYONE was completely enthralled with his act...

“David was there at the beginning of the party and as soon as the guests were seated he started circulating amongst them. Everyone and I mean EVERYONE was completely enthralled with his act and some even followed him around as he moved to other guests. He had a wide variety of tricks and coped extremely well with the very loud music provided by the Band. People have asked me for his name and I have absolutely no hesitation in recommending him for a variety of different entertainment situations. Please pass on our thanks to him and we very much look forward to using his services in the future”

Most Alive Network artists travel UK wide and internationally. Get a guide price instantly by clicking the 'get quote' button and entering your event date and location. Make an enquiry and we will liase directly with David Penn to confirm price, availability, and the provide you with a confirmed quote.

Britain’s Got Talent Live Finalist - David Penn is a seven times national award winning magician and illusionist, whose amazing style of magic will be sure to enhance your next important event.

David’s unique style of magic has to be seen to be believed and he can be booked for corporate entertainment, weddings, private parties, awards evenings, exhibitions and annual dinners. Whether performing close up magic, cabaret or his illusion show, David will entertain, astound and leave your guests utterly amazed.

Types Of Performance
Close Up Magic
David Penn is a five times national award winner for Close Up Magic and has performed from London to Las Vegas for both private and corporate clients. Being so highly respected in this field of illusion and mind reading, David was awarded ‘Magic Circle Close Up Magician of the Year’ and has been called upon to lecture for the International Magic Circle on three separate occasions.

David performs amazing magic so close that, if you weren't watching live, you would think it was a camera trick. Amongst other amazing effects, spectators' watches appear on David's own wrist, bottles of Champagne appear, goldfish materialise out of thin air and as if that isn’t enough - he appears to bend cutlery and your coins with the power of his mind!

"That was incredible - I loved it!" - Michael McIntyre

Cabaret and Illusion Shows
David Penn is recognised as one of the UK’s leading magicians performing corporate today. He will draw both giggles and gasps from your audience throughout his smaller, more intimate show involving amazing magic, baffling mind reading, comical audience participation routines and a big magical surprise at the end as he saws a member of your audience in half! This act is ideal for conferences, annual dinners or awards ceremonies where something special is needed to bring the evening to a spellbinding conclusion.

"That’s the first time I’ve seen an audience on their feet for a magic act!" - Amanda Holden

When something really spectacular is required, David can present an incredible illusion show that would easily be at home in Las Vegas. This show features illusions that are unique to their act including Clear Sawing in Half, Eclipse, Clear Metamorphosis and H20M (some of which amazed both the judges and audience alike when performed on ITV’s Britain’s Got Talent).

"It is always good to work with professionals and your enthusiasm and performance on the day made it a 'magical' launch for us all." - Simon Sugar, Commercial Director, Amstrad.