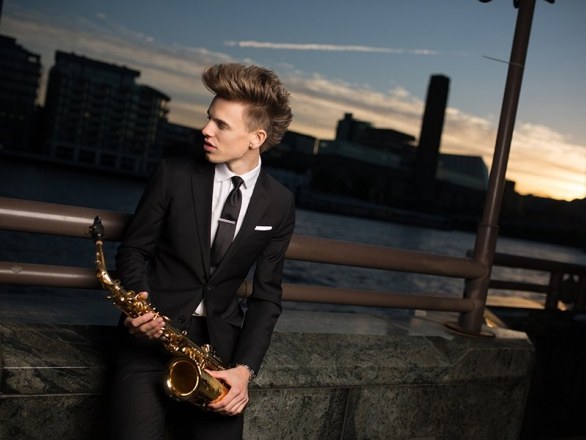 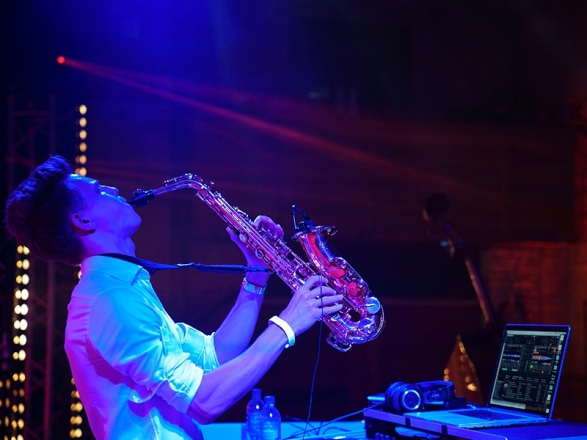 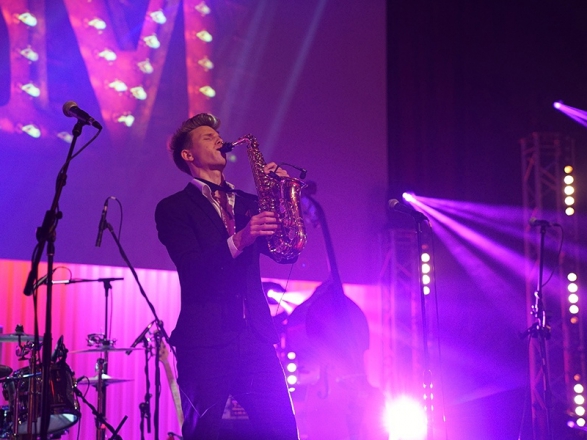 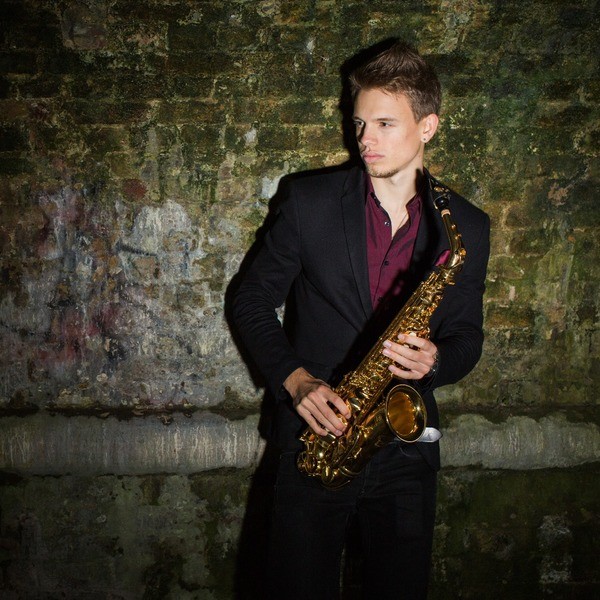 Dan is a professional, full-time saxophonist and DJ. The perfect choice for weddings, private parties and corporate functions, Dan is a highly talented, versatile and unique musician guaranteed to bring the party to any event. Performing at 150+ events worldwide each year, Dan's recent clients include celebrities Teddy Sheringham and Stooshe, big-name corporations such as the BBC and Channel 4, and the UK's finest venues including the Grove and the Carlton hotels.

“Dan and his assistant were absolutely fantastic. Dan’s sax went down really well with the guests and I thought they really gauged what kind of music us and our guest liked. We have had lots of great comments from guests of how much they enjoyed the music. Dan was also very accommodating with any requests we had in terms of music or setup. Thanks for a great night.”

Everyone was stopped in their tracks with how breathtaking it was.

“Dan was world class and made our wedding day above and beyond. We had our wedding in a castle and he played Baker Street coming down the main stairs and everyone was stopped in their tracks with how breathtaking it was. Not only did he play gently while we had our black tie cocktail reception, he then DJ’d for us later in the night and continued to play the sax too on the dance floor with us. Our guests wouldn’t stop dancing! He kept the partying going until the early hours with the best sound tracks. Can not recommend Dan enough - our guests still talk about him and we’ll never ever forget the music from our day. World class, professional and so much better than a normal wedding band. Can’t recommend enough. He helped make our day extra special and memorable for us and our guests. Thanks Dan for making our day, can’t wait to book you again for the future. ”

Absolutely amazing!!! The star of the show

“Dan was literally incredible, he played sax to most songs and had everyone dancing all night. I had so many comments off people asking me where I found him. He created such a lively atmosphere by coming onto the dance floor dancing with the guests. I have been to so many weddings where people don’t dance so this was one of my fears, but it was the completely opposite. He is also a really polite and friendly person, highly recommend!”

“Dan was fantastic, the guests loved the fact he not only played the epic tunes we requested mixed up with other dancefloor hits, but that he got totally immersed in the crowd and really kept the party going! The Vengaboys was a lively act to follow but he kept the party spirit going for a couple more hours! We would highly recommned him for any personal or corporate events. Sam was incredible too on the bongos, I hope his blisters have healed! Great feedback from staff on your both :-)”

Dan was a massive hit at our wedding last month

“Dan was a massive hit at our wedding last month. He was great fun, lively and very talented. All our guests loved dancing along to his tunes, especially when he was playing the saxophone. He arrived on time and set everything up without any fuss, making having him and his assistant very easy to have at the wedding. The songs he played were perfect, matching the age group and hour with the type of songs he played. Highly recommended! Thanks so much Dan.”

Most Alive Network artists travel UK wide and internationally. Get a guide price instantly by clicking the 'get quote' button and entering your event date and location. Make an enquiry and we will liase directly with Dan Plays Sax to confirm price, availability, and the provide you with a confirmed quote.

Upgrade to full service for up to 5 hours with lighting rig, sound system for up to 500 people & mic for speeches/announcements etc

* Ideal for weddings, private parties & corporate functions with experience of performing at over 150+ events each year

* Can perform easy listening music for a drinks reception or meal, and then DJ & play sax during the party in any style

Having moved to London after recording his debut album at the renowned Chetham's School of Music, Dan Goode has rapidly become the UK's most sought after saxophonist/DJ. Within a year of moving to London he had already broken into the top end of the music scene in the city, and currently he performs at 150+ events each year at its biggest and most renowned venues, for celebrities as well as for big-name corporations.

Dan's recent clients include the BBC, Kiss FM and P&G, and recent venues include Ronnie Scott’s, the Hippodrome, the Landmark and the Grove. Dan has performed at many different locations across the UK and the world. In 2016, Dan has performed in Italy, Mallorca, France, Miami and Portugal for Teddy Sheringham & Krissy's wedding.

As an artist, Dan has amassed a fanbase of over 40,000 followers across social media platforms Facebook, Instagram, Twitter and Soundcloud. Dan's "All of Me" cover, released in 2015, has since become the most popular sax cover of the song on Soundcloud worldwide.

Dan has an extensive repertoire (100+ songs) and a keen ear, allowing him to play any style of music, with a playlist tailored to the audience and the event itself. His repertoire ranges from background (jazz/lounge/ballads) to upbeat pop music and he can also perform saxophone whilst DJing. Dan can provide the perfect range of entertainment for any event, starting with chilled background music and progressing to higher energy music as the night goes on. He is also happy to learn any requests from memory and never uses a music stand.

In addition to his saxophone playing, Dan can offer a complete, top-class DJ service with high-end moving head and laser lights, and a superb sound system which can cater for 500+ people. He can provide DJ sets in any style, from current dance music to old classics, as well as House, Deep/ Ibiza House, RnB, Hip Hop and Garage, with a song collection of over 20,000 songs. He also plays sax whilst DJing simultaneously and leaves the booth whilst playing his sax to dance with the crowd and amp up the energy. All Dan's equipment is fully PAT tested and he has public liability insurance up to £10,000,000.