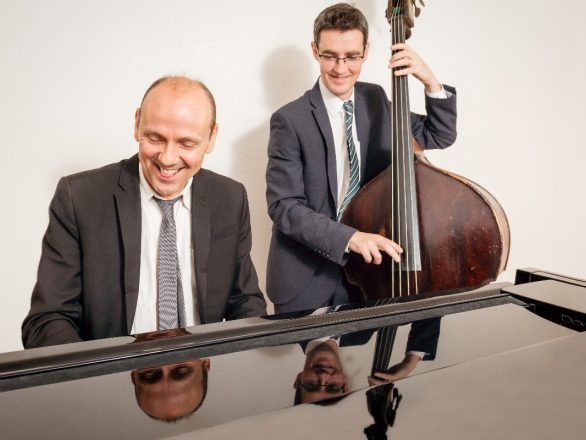 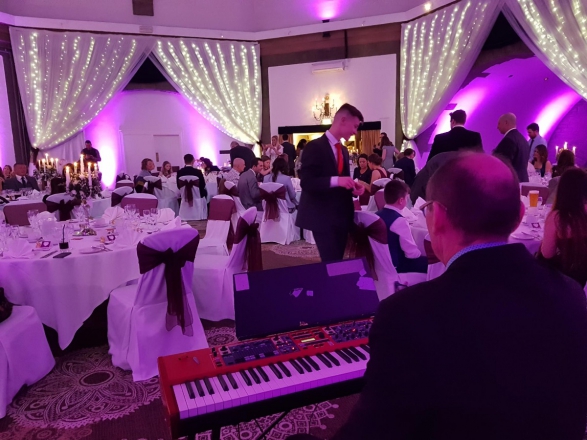 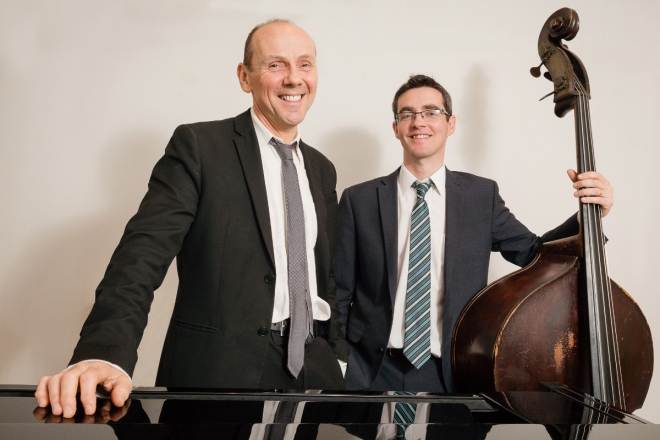 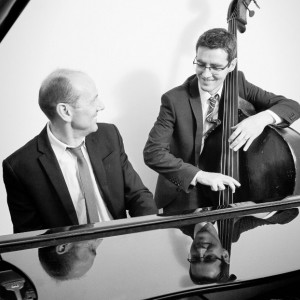 Cocktail Jazz are a Piano and Double Bass duo featuring talented, professional musicians that have performed worldwide. Ideal for any event they'll create the perfect atmosphere whether you're arranging a wedding reception or corporate function.

A Nightingale Sang in Berkeley Square
All Blues
All of Me
All the Things You Are
Alone Together
Angel Eyes
Around Midnight
Autumn Leaves
Bewitched
Beautiful Love
Black Orpheus
Blue Bossa
Blue Monk
Body and Soul
Bye Bye Blackbird
Can’t Get Started
Cheek to Cheek
Come Fly with Me
Confirmation
Corcovado
Cry Me A River
Days Of Wine And Roses
Desifanado
Donna Lee
Don’t Get Around Much Anymore
Don’t Worry About Me
Drop Me off in Harlem
Everything Happens to Me
Embraceable You
Exactly Like You
Fly Me to the Moon
Foggy Day
Footprints
Four
Gee Baby Ain’t I Good to You
Georgia on my Mind
Girl from Ipanema
Have you Met Miss Jones
How High The Moon
I Got Rhythm
I Love You
I Remember You
In a Sentimental Mood
It Had to be You
I've Never Been in Love BeforeJust Friends
Let There be Love
Let’s Fall in Love
Like Someone in Love
Lover Man
Lullaby of BirdlandMack The Knife
Misty
Moondance
My Funny ValentineNancy
Night and DayOleo
On Green Dolphin Street
One Note Samba
Our Love is Here to StaySatin Doll
So What
Softly as a Morning Sunrise
Someday my Prince Will Come
Song for my Father
Stella by Starlight
St. Thomas
Stormy Monday
Summertime
Takin' a Chance on Love
Take the A Train
Take 5
There Is No Greater Love
There Will Never Be Another You
Unforgettable
Wave
What is this Thing Called Love
What’s New
You Made Me Love You
You Make Me Feel So Young

“Absolutely superb. Technically extremely gifted and all our guests loved them. They were also very sensitive as to how to pitch their sets in regards to volume and set list. This was a wake but the guys made it feel like a wedding. Awesome. Would like to see them at Ronnie Scotts or under different circumstances where I could actually watch them.”

“We hired Paul and Andy (piano and sax) for our Christmas wedding last month, and they were absolutely perfect. Everyone loved them and it really added to the atmosphere. So pleased we booked Cocktail Jazz, they were brilliant :)”

They were professional, courteous and I would recommend them to anyone

“Cocktail Jazz played at our wedding. They fit the mood of the day perfectly with a wide range of songs, that had all of our guests singing their praises. They were professional, courteous and I would recommend them to anyone looking for a jazz band to make their event memorable.”

We loved the music!

“Thanks ever so much. We loved the music, as did all the guests.”

“Exceeded our expectations. The band struck just the right balance between background music and something that my guests could listen to.”

Price from £451 + travel from Greater Manchester

Most Alive Network artists travel UK wide and internationally. Get a guide price instantly by clicking the 'get quote' button and entering your event date and location. Make an enquiry and we will liase directly with Cocktail Jazz to confirm price, availability, and the provide you with a confirmed quote.

Cocktail Jazz are two outstanding musicians playing well known jazz standards by the likes of Gershwin, Miles Davis and Cole Porter.  This tasteful Piano and Double Bass duo are an ideal accompaniment to a wedding reception, corporate event or party, and create the perfect atmosphere for any occasion.  They have a wealth of experience and are the first choice for many of the country’s largest clients, including Manchester United, the Royal Exchange, Center Parcs, the Royal Society, Berkeley Hotel, Radisson Hotel, Canary Wharf and the NEC Birmingham.

Paul Kilvington (piano) has been in the music industry for over 25 years.  During this time he has toured extensively in Europe, Australia, Japan, Hong Kong, the Middle East and North Africa.  He has many television appearances to his credit (Top of the Pops, Des O’Connor Show, Smash Hits Awards, World Music Awards) and has performed in some of the UK’s largest and most prestigious venues, such as the Wembley Stadium.  Paul has shared the stage with the likes of Bob Mintzer from the Yellowjackets and Brandford Marsalis.  He has also performed with Jack Jones on his last 2 UK tours.

Ed Harrison (double bass) is one of the most sought after double bass players in the country, known for his technique and versatility on the instrument.  Having played on the Prague and London jazz scenes for a number of years, he regularly performs across the country with many leading jazz figures from the world of jazz.

Cocktail Jazz are more than happy to comply with dress code and be flexible with set times to satisfy your specifications and ensure your event runs smoothly and everyone has a great time.