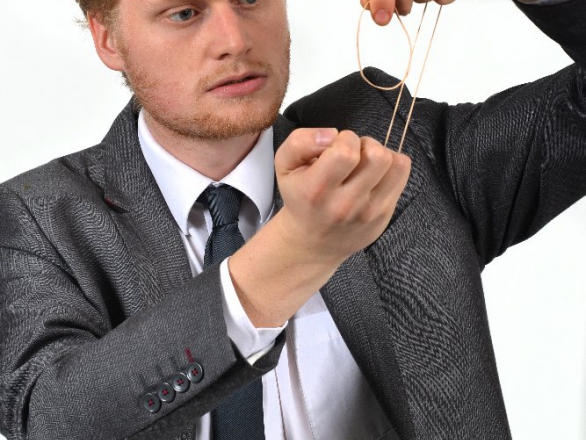 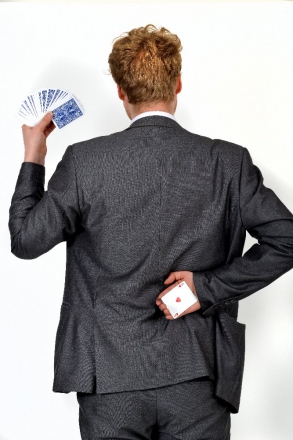 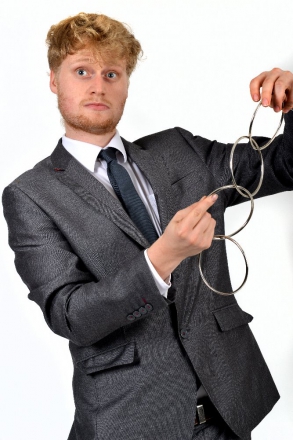 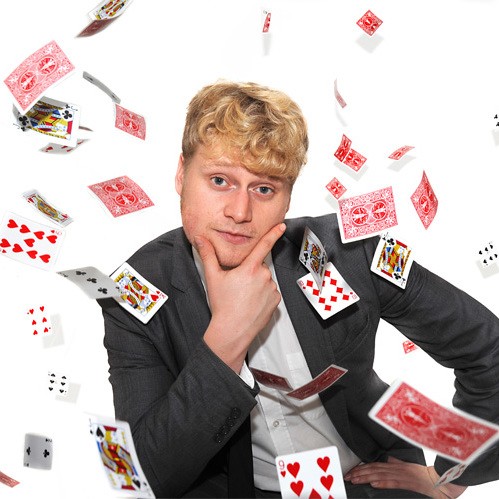 Described as the best close up magician alive today, Russ blends stunning sleight of hand with clever presentations into one amazing package. You will not believe your eyes when you experience Russell's brand of magic up close and personal!

“He promised the WOW Factor and he definitely delivered!”

He promised the WOW Factor and he definitely delivered!

“We cannot thank Russ enough for the brilliant entertainment he gave at our wedding reception. I must say that guests were mesmerised by the magic tricks he preformed and the bride & Groom, Abby & Scott, loved their surprise. Russ arrived early to our event, ready to receive our guests and worked continually for 3 hours. I would certainly recommend Russ to friends and family who are looking for that wow factor. Thank you Rus for your professionalism and regular contact leading up to our booking.”

Guests are still coming up to me to say how amazing the entertainment was!

“Absolutley amazing!! From the first point of contact to talk details the whole experience has just oozed warmth & true professionalism. The show and the close up magic was everything it says on the can & more and made a great night an absolutely fantastic night. Thank you all so much. Have already given your details to a couple of friends & would not hesitate to use you again. All the best.xx”

“Russ is a person who can communicate with all ages [we had 9 to 80 year olds present] and his close up skills are unbelieveable – definitely good value for money. We received numerous comments during and after the event as to how good [and personable] that he was. We would recommend Russ without hesitation.”

“WOW.... Russ was absolute quality, his tricks were fantastic and he was very entertaining, all my guests loved the magic so I would just like to say a massive thank you”

I couldn't have chosen better

“We were all delighted at the performance on Sunday. I have my two great grandchildren showing me tricks with rubber bands. adults were also verycomplementary on his performance .. I couldn't have chosen better George and Stella ”

Price from £385 + VAT + travel from Staffordshire

Most Alive Network artists travel UK wide and internationally. Get a guide price instantly by clicking the 'get quote' button and entering your event date and location. Make an enquiry and we will liase directly with Close Up Magician Russ to confirm price, availability, and the provide you with a confirmed quote.

Up to 3 hours close up magic

Up to 4 hours close up magic

Watch as Russ makes the CEO or a VIP appear on stage!

Described by top bookers and celebrities as the best close up magician alive today, Russ blends stunning sleight of hand with clever presentations into one amazing package. From coins jumping from one place to another, cards flying through the air, to rubber bands melting through each other - you will not believe your eyes when you experience Russell's brand of magic up close and personal.

At only 26 years of age, Russ has become one of the best known perfomers in the UK. As well as making numerous television appearances, he is one of the youngest performers ever to represent England in the European Championships. The Stage Newspaper described him as groundbreaking, fresh and original and he has worked all over the world for companies such as Hilton, MG, Nokia & BMW.

In the last 12 months, Russell has been invited to perform on the Alan Titchmarsh Show (ITV 1), Cruising With The Stars (Sky TV) and performed on German television. He has also published a number of instructional DVD's, which have been released to the magical fraternity. His first DVD 'Banding Around' concentrated on his unique style of Elastic Band Manipulation and was acknowledged as one of the to selling DVD's of 2009. In February 2009, Russ spent three days performing for over 5000 magicians at the world's largest magic convention and produced rave reviews!

VIP Production (see booking options)
Russ can kick start your even in style by magically producing the CEO of your company, a VIP or even the Bride or Groom on stage! Imagine the astonishment of your guests as you appear from nowhere to get the evening going!

After booking, speak directly with Close Up Magician Russ.