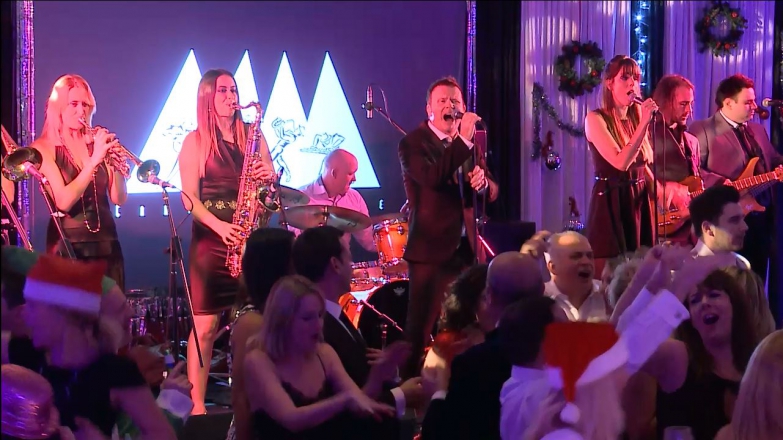 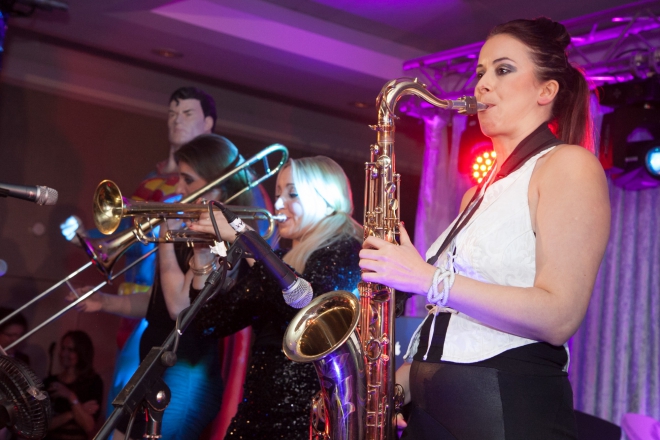 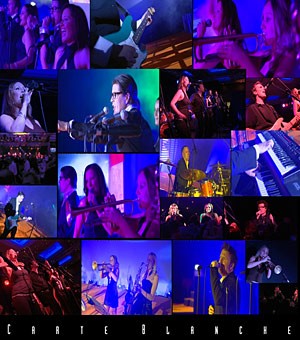 Carte Blanche is one of England's best party bands. Period. But don't take our word for it. Ask The Ritz. Their prestigious New Years Eve party costs a cool £1000 a head just to attend - their band of choice to see the New Year in? Carte Blanche.

Booking a band for a party of over 100 family friends and colleagues required a ...

“Booking a band for a party of over 100 family friends and colleagues required a great deal of trust in the agent. With no experience before this was especially so. Alive Network were responsive and helpful from the start helping to assuage any concerns. The band themselves, Carte Blanche, were superb and everybody agreed that it made a fantastic party even better. I will without doubt come back to Alive Network in the future. Regards David and Sandra. ”

...before The Feeling were signed, Carte Blanche was one of the bands I played r...

“...before The Feeling were signed, Carte Blanche was one of the bands I played regularly with...they're a great band and a great bunch of guys. Cheers!" Ciaran Jeremiah Keyboard Player with chart topping band The Feeling”

...I know Paul and Pete very well and I can honestly say that you'll be in very ...

“...I know Paul and Pete very well and I can honestly say that you'll be in very safe hands. Not only are they both great musicians, but more importantly they understand what their clients want - to dance and have a good time - and they get Carte Blanche to deliver those performances time after time after time." Jon Cohen Brit award winning Producer of Faryl Smith, Voices of The Valley, Mylene Klass and The Opera Babes”

Hi Peter, I hope you are well. I just wanted to drop you a line to thank...

“Hi Peter, I hope you are well. I just wanted to drop you a line to thank you and the band for a fantastic performance on Saturday night. Again as promised, a definite crowd pleaser and you were able to keep the dance floor filled! Thanks also for your patience! Speak soon Carly”

...initially I have to be honest and tell you that I was very concerned about th...

“...initially I have to be honest and tell you that I was very concerned about the cost, but in the cold light of day I would say that the amount of entertainment you provided, your staggering professionalism and the sheer, bloody hard work you put in makes me feel that I got a real bargain!”

Most Alive Network artists travel UK wide and internationally. Get a guide price instantly by clicking the 'get quote' button and entering your event date and location. Make an enquiry and we will liase directly with Carte Blanche to confirm price, availability, and the provide you with a confirmed quote.

2000 watts, suitable for up to 200 people. Larger can be arranged at additoonal cost.

Carte Blanche is one of England's best party bands. The band is either a 6 piece band or you can supersize us as a 9 piece band with female brass section.

"New Year's Eve was the best ever. Carte Blanche were fantastic."  Matthew Rivetts The London Ritz

Carte Blanche is a party band and are committed to filling dancefloors.  We have played all over the UK and Europe at venues like The Science Museum The Natural History Museum Waddesdon Manor The Tate Gallery Lincoln's Inn Gray's Inn Grosvenor House The Dorchester The Millenium Dome (when it was the Millenium Dome) The Gaudi Museum in Barcelona Woburn Abbey Clivedon The Grove, The Manoir Aux Quartre Saisons and Kensington Palace.

Carte Blanche play everything from Elvis and The Beatles right through to Lady Gaga and The Kings Of Leon.  Every performance is uniquely tailored to the audience.

The musicians that make up the band are some of the best musicians on the London gig scene.  Previous musicians in the band have included Ciaran Jeremiah (The Feeling), Henry Collins (Amy Winehouse), Chris Banks (Busted and Matt Willis) and Jon Cohen (Brit Award Winning Producer).