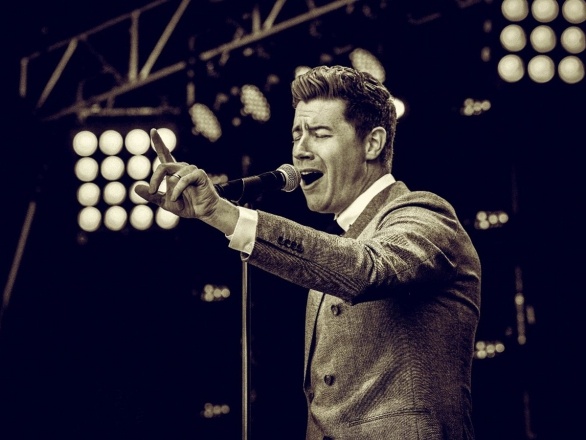 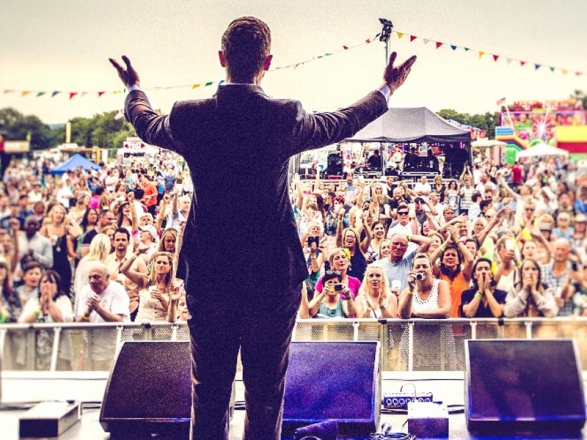 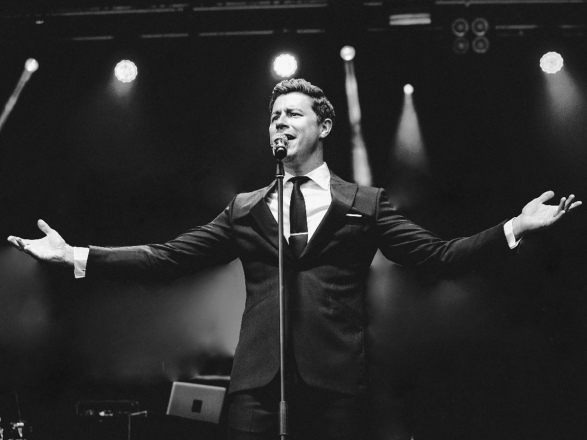 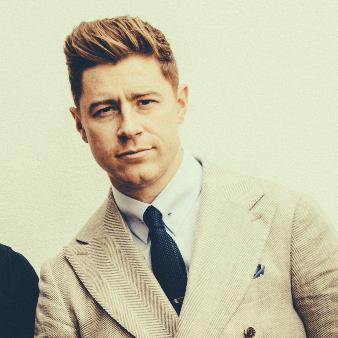 Previously a finalist on Britain's Got Talent 2014 as a member of the hugely successful 'Jack Pack' as well as a charismatic performer with a smooth voice, Born To Swing performs material from Rat Pack and Swing's biggest names! From Sinatra to Buble, there's something for everyone!

Robbie Williams
Kick in the head
Beyond the sea
Have you met Miss Jones?
Straighten up and fly right
One for my baby
Mr Bojangles

Other
I, who have nothing - Tom Jones
Lovely Day - Bill Withers
Aint no sunshine - Bill Withers
Get by with a little help from my friends - Joe Cocker
You make me feel my love - Adele
Our day will come - Amy Winehouse
Three times a lady - Lionel Ritchie
Easy - Lionel Ritchie
She's like the wind - Dirty Dancing/Patrick Swayze
If tomorrow never comes - Ronan Keating
When you say nothing at all - Ronan Keating

“Andrew was amazing! Everyone loved him. It was such an amazing day and we had lots of fun. Would definitely highly recommend Andrew.”

Born to Swing - Everything we asked for and more

“Born to Swing was amazing - everybody and we mean everybody loved the performance, voice, song choices, the banter....all of it was spot on and perfect! It was everything we asked for and more. What a voice and so interactive with our wedding guests! We didn't want it to end.”

Andrew made our special day perfect

“We were completely blown away with how amazing Andrew’s performance was - all our guests were talking about him afterwards. I can honesty say he really made our wedding day! Andrew was such a nice guy too and made us all feel completely relaxed. We hope to use him again and would have no hesitation in recommending him to others..”

Perfect entertainment for my dads party

“Perfect really sums it up..we hired for my dads surprise 80th birthday and I can not fault..vocals were amazing my dad actually hadn’t noticed a singer was there and thought it was a CD. He had everyone up dancing and singing along with him..made the party so special and all my guests were raving about him. Would highly recommend.”

This guy is the business! Charismatic, funny and a brilliant singer.

“Born to swing: fabulous! Andrew made our night. He brought our Vegas cabaret feel to life. He engages with the crowd and his patter in between songs is comedic and entertaining. I will book him again. As a judge said on strictly cone dancing: fabulous!”

Price from £641 + travel from Buckinghamshire

Most Alive Network artists travel UK wide and internationally. Get a guide price instantly by clicking the 'get quote' button and entering your event date and location. Make an enquiry and we will liase directly with Born To Swing to confirm price, availability, and the provide you with a confirmed quote.

Additional 5 piece band: Drums, Bass, Keyboard, Trumpet and Saxophone, (please note, travel fees may need to be added to this price depending on your location).

Additional 9 piece band: Drums, Bass, Guitar, Keyboard, Trumpet x 2, Saxophone x 2 and Trombone x 2, (please note, travel fees may need to be added to this price depending on your location).

Sound Engineer with Large PA rig, (please note, travel fees may need to be added to this price depending on your location).

Considered one of the UK's finest swing singer, Andrew leads the vocal harmony swing group 'Jack Pack' who charmed and won the hearts of the British public as finalists on Britain's Got Talent in 2014. The band were signed by Simon Cowell's record label Syco and have had global success including a self titled top ten UK album and performing to 50,000 people at Proms in the Park in 2015. You may have seen Andrew and the boys performing  'Mack the knife' recently on ITV's 'Tonight at the Palladium' hosted by Bradley Walsh.

Andrew continues to enjoy delivering his solo show alongside band engagements and is available to book for your event now!

After booking, speak directly with Born To Swing.