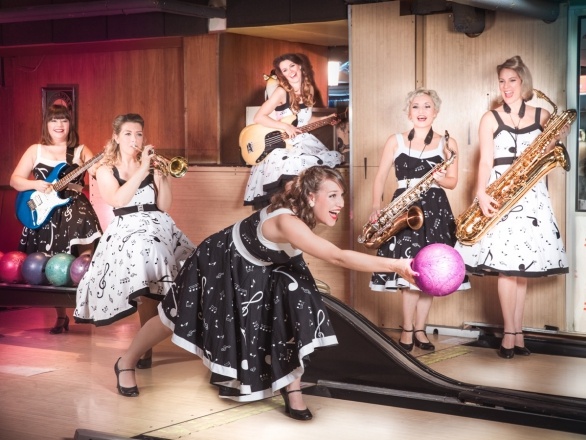 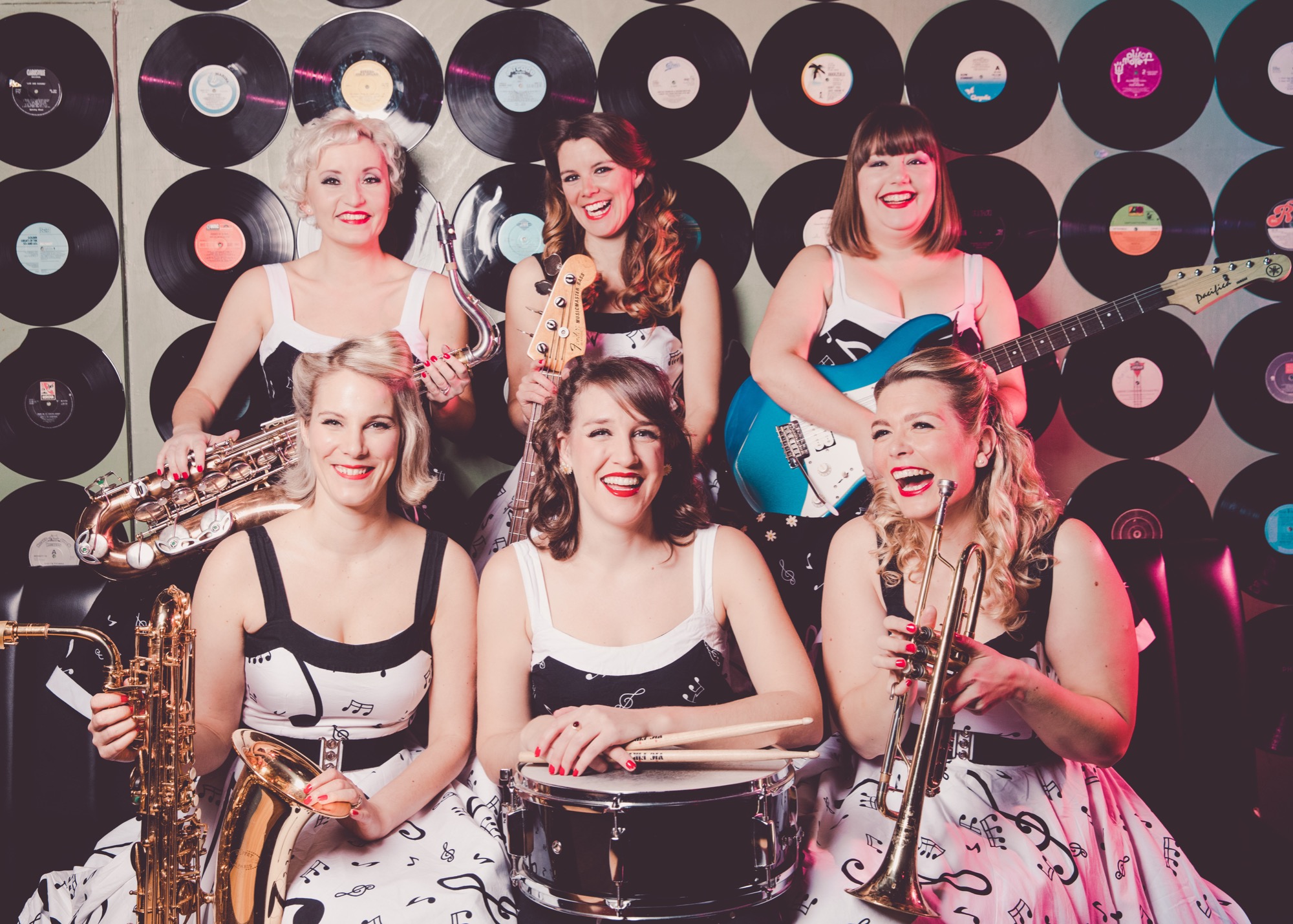 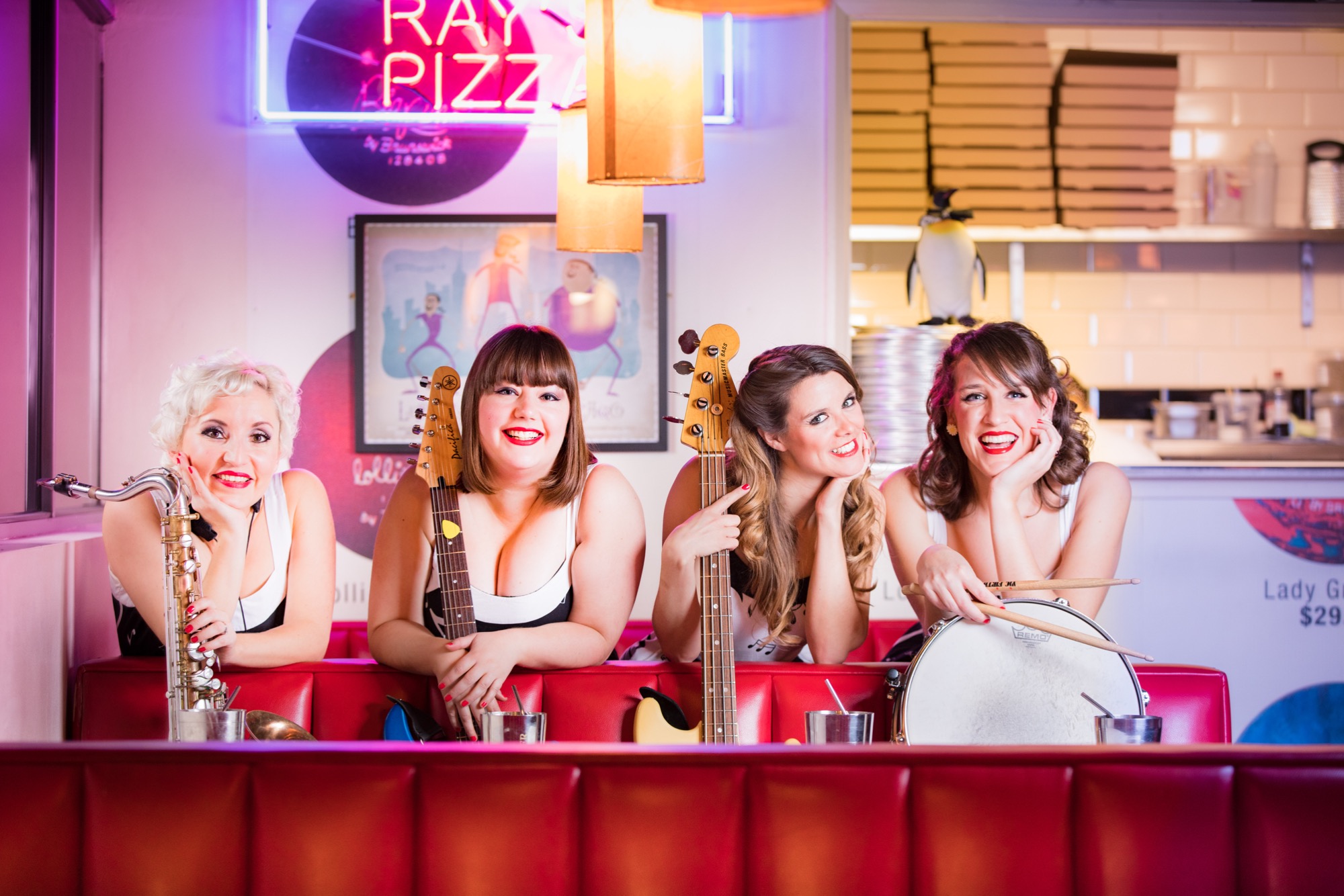 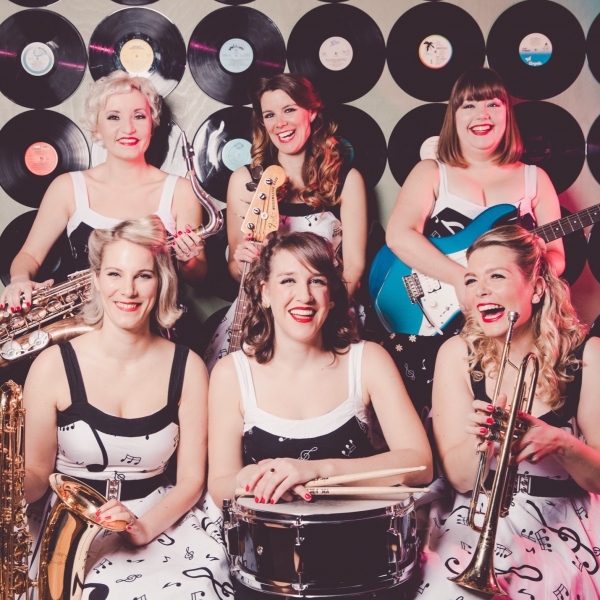 An all-female, petticoated 50's band who will take you back in time to that wonderful Rock 'n' Rollin' era. With close harmonies & a full band with brass section, All Dolled Up will bring you bespoke arrangements of the old and new, from Paulo Nutini and Eliza Dolittle to classic Elvis and Jerry Lee Lewis. Voted Best Vintage Band at the London Vintage Awards 2014!

All Dolled Up - Available from AliveNetwork.com

“You all sang, you all played and you're all beautiful girls! Wonderful!”

The look, the music, the energy were all exceptional.

“The girls were fantastic; the look, the music, the energy were all exceptional. They performed incredibly throughout the evening and the dance floor was permanently full which is, in my mind, always the biggest tribute. Many thanks to one and all, with kind regards and best wishes!”

“People have not stopped talking about my party, especially the all girl band. They all wanted to know where I found them! Your presentation was dazzling and the music had everyone dancing from the first song to the last. Even one or two slightly older and reserved guests could no resist the temptation to get up and boogie. Thanks girls for making my special day such a memorable occasion.”

The girls have become a hit at major events where they perform their versions of...

“The girls have become a hit at major events where they perform their versions of fifties and sixties classics.”

Saw you at The Grand National on Friday! ...One of my highlights of the weekend....

“Saw you at The Grand National on Friday! ...One of my highlights of the weekend... fantastic...”

Most Alive Network artists travel UK wide and internationally. Get a guide price instantly by clicking the 'get quote' button and entering your event date and location. Make an enquiry and we will liase directly with All Dolled Up to confirm price, availability, and the provide you with a confirmed quote.

All Dolled Up are six petticoated girls that all sing in beautiful close harmony as well as play drums, guitar, bass, trumpet, tenor and baritone saxophones!

As well as being accomplished musicians, the girls are all experienced performers having played in shows such as 'Dreamboats and Petticoats', 'Return to the Forbidden Planet', 'Carnaby Street' and 'Save the Last Dance for Me' on National Tours and in London's West End.

The girls play fantastic bespoke arrangements of old and new songs, ranging from Paulo Nutini and Eliza Doolittle to classic Elvis and Jerry Lee Lewis. Having played at The Grand National and at events ranging from Footballers' Weddings to Festivals, the girls were quite rightly voted Best Vintage Band at the London Vintage Awards 2014!

All Dolled Up will be sure to make you Twist Again like you did At The Hops of yester year!

After booking, speak directly with All Dolled Up.