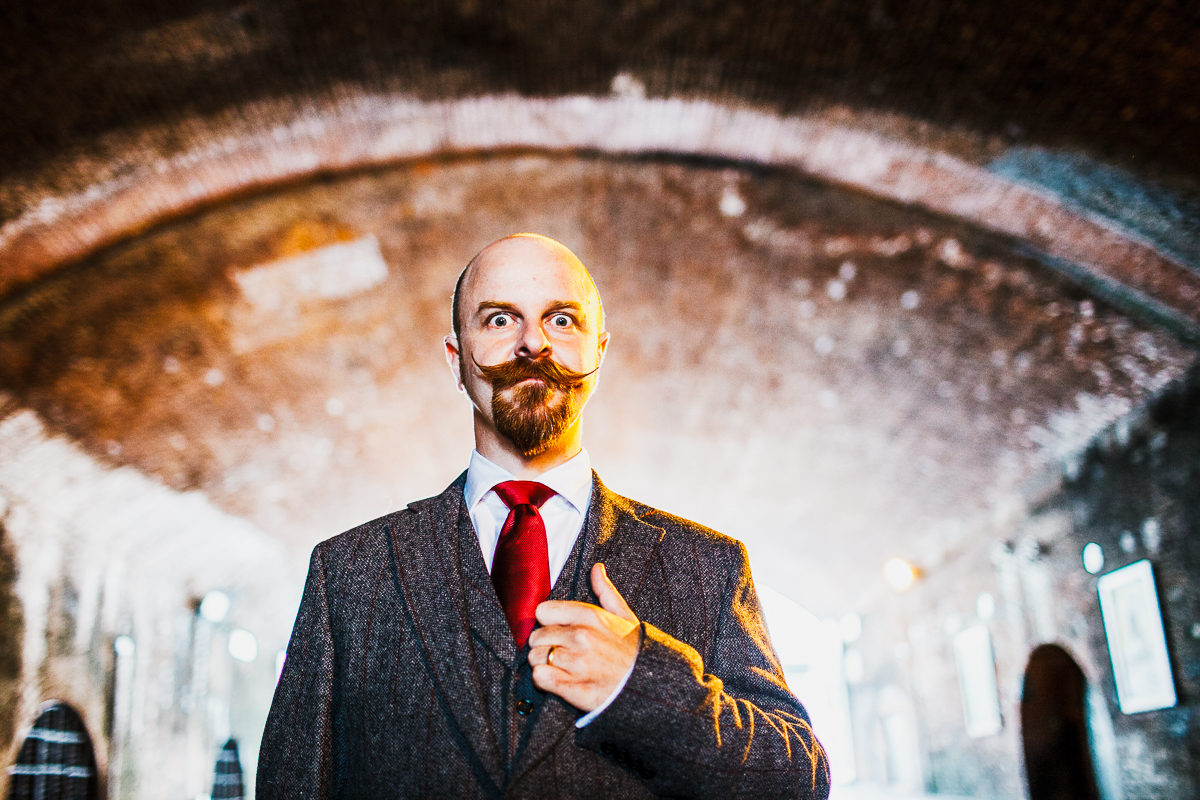 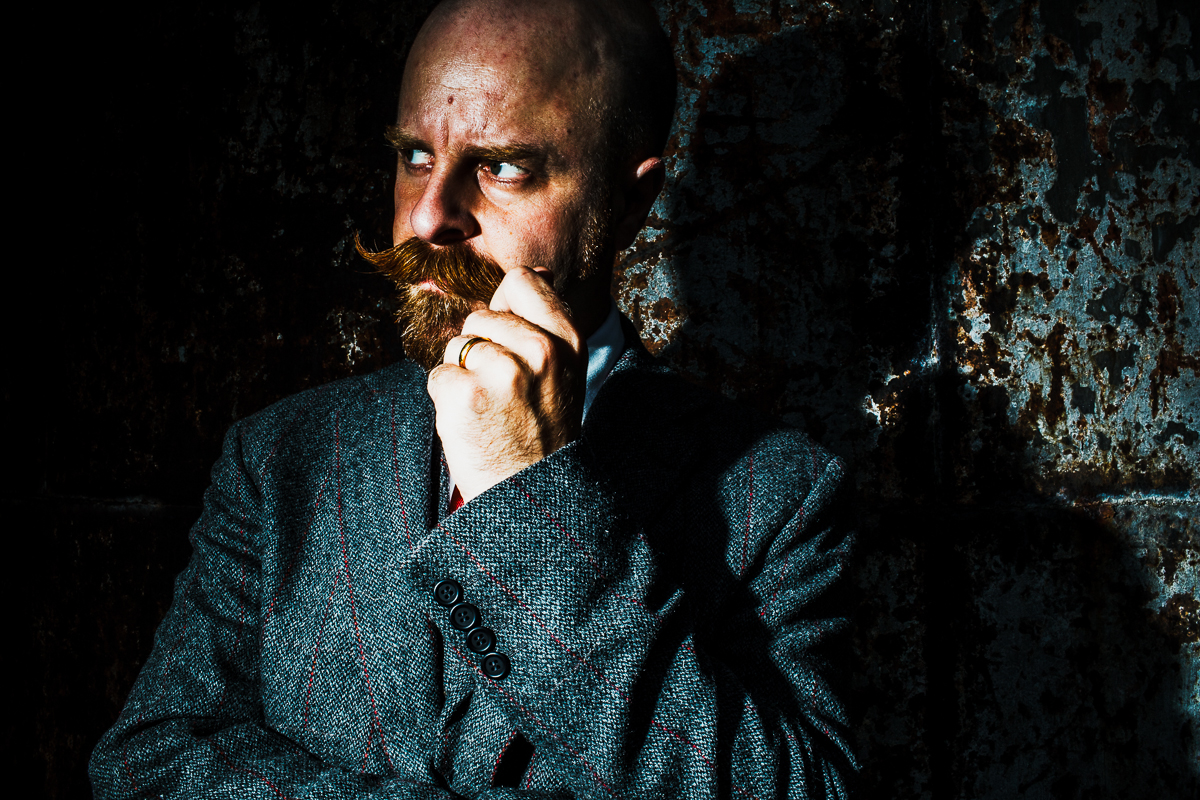 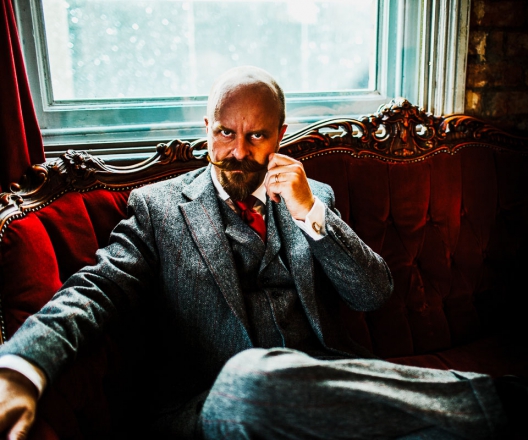 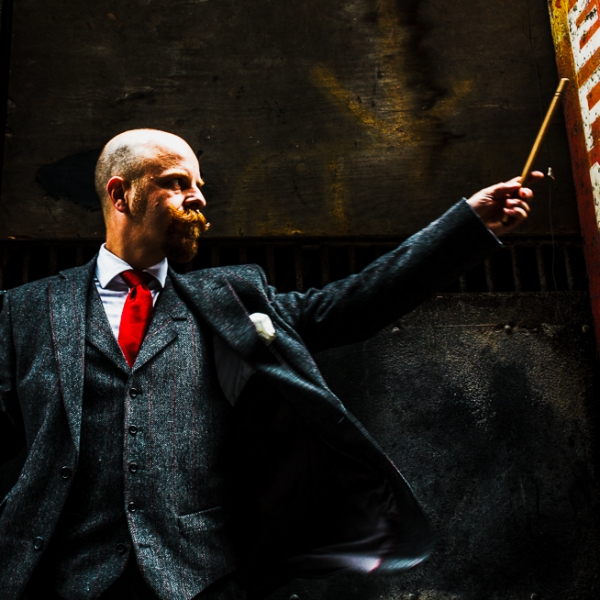 Unlike many of the conventional magicians out there, Alexander MacDonald has his own definite style with original presentations and routines. With a primary aim to always connect with the audience, this Edwardian style Magician is inspired by the sumptuous romance of the Golden Age of Magic & Theatre. Specialising in sleight of hand and on stage object manipulation, Alexander will bring the physical comedy of the Vaudevillian performers to life.

“Morning Alexander , I just wanted to thank you once again for your superb performance last night . As always you were ever the professional , courteous and kind to all the crew and other performers . You had the audience gripped last night with your atmospheric new act, which I loved . I would love to have you back to the Champagne Supper Club , you were amazing , as always – Bravo!”

“Impressive magic, period flair and a great rapport with the audience”

Alexander Wells always goes down a treat with cabaret audiences. His traditional...

“Alexander Wells always goes down a treat with cabaret audiences. His traditional style and contemporary delivery are a great mix. I’d recommend him.”

It was a fabulous show. We’ve had loads of comments from people about how ...

“It was a fabulous show. We’ve had loads of comments from people about how much they loved your performance. Some simply sigh, look into the middle distance and say “the melon...” as if their brains short-circuited at that point and they are stuck in an eternal loop of trying to figure out where the hell the melon came from!”

Price from £475 + travel from Greater Manchester

Most Alive Network artists travel UK wide and internationally. Get a guide price instantly by clicking the 'get quote' button and entering your event date and location. Make an enquiry and we will liase directly with Alexander MacDonald to confirm price, availability, and the provide you with a confirmed quote.

Up to 2 hours of Close-Up magic

Highlights
* Full time professional performer, who is a member of the Magic Circle and Equity.
* Timeless character, impeccably turned out and while evoking a period feel, is not a caricature and will fit into the most formal of contemporarysettings.
* He is a versatile performer. He has worked in small noisy clubs, large theatres, outdoors at festivals and on stage for corporate events and has entertained audiences of up to 4000 people.

The Edwardian Magician's style is inspired by the sumptuous romance of the Golden Age of Magic & Theatre. Evoking the visual style and mood of 19th century and the Edwardian magicians, Alexander specialises in sleight of hand and on-stage object manipulation. Resonant with the physical comedy of the Vaudevillian performers, his talking/interactive acts relate to the loud and brash spoken style of the fairground and carnival side show.

His close up material includes magic with coins, cards, rings, every day objects and a smaller version of the Cups and Balls; the one cup, one ball routine. Crucially, Alexander's close up magic takes place in the hands of the audience.

Alexander's acts are unusual enough for the younger "alternative" crowds, while being accessible and stylish enough for more mature and formal settings. All of which have been thoroughly road tested in theatres, cabaret venues, smaller venues and on the street, at festivals.

Stage Show
Alexander's stage show includes Cups and Balls, Linking Rings, The Conjuror’s Still (an endless production of bottles) and Cosmic Egg routines; all original presentations of classic effects, which are performed in a warm and comedic style that involves varying degrees of audience participation. The Cosmic Egg act involves ‘teaching’ a volunteer to perform a magic effect and they become part of the act for a short time.

Silent Act
Alexander also performs a unique and visually impactful silent act, ’The Life of a Bubble’, involving the manipulation of a range of items which he performs to music. Through mime and magical effects Alexander plays with the idea of the change and progression of the size and weight different types of spherical objects.

In addition to public shows, he has performed for numerous private clients at hospitality events, weddings and After Dinner entertainment privately for both individuals and for organisations such as Spec-savers, the RAF and the Royal Navy and also for children’s school workshops and events and children’s parties.