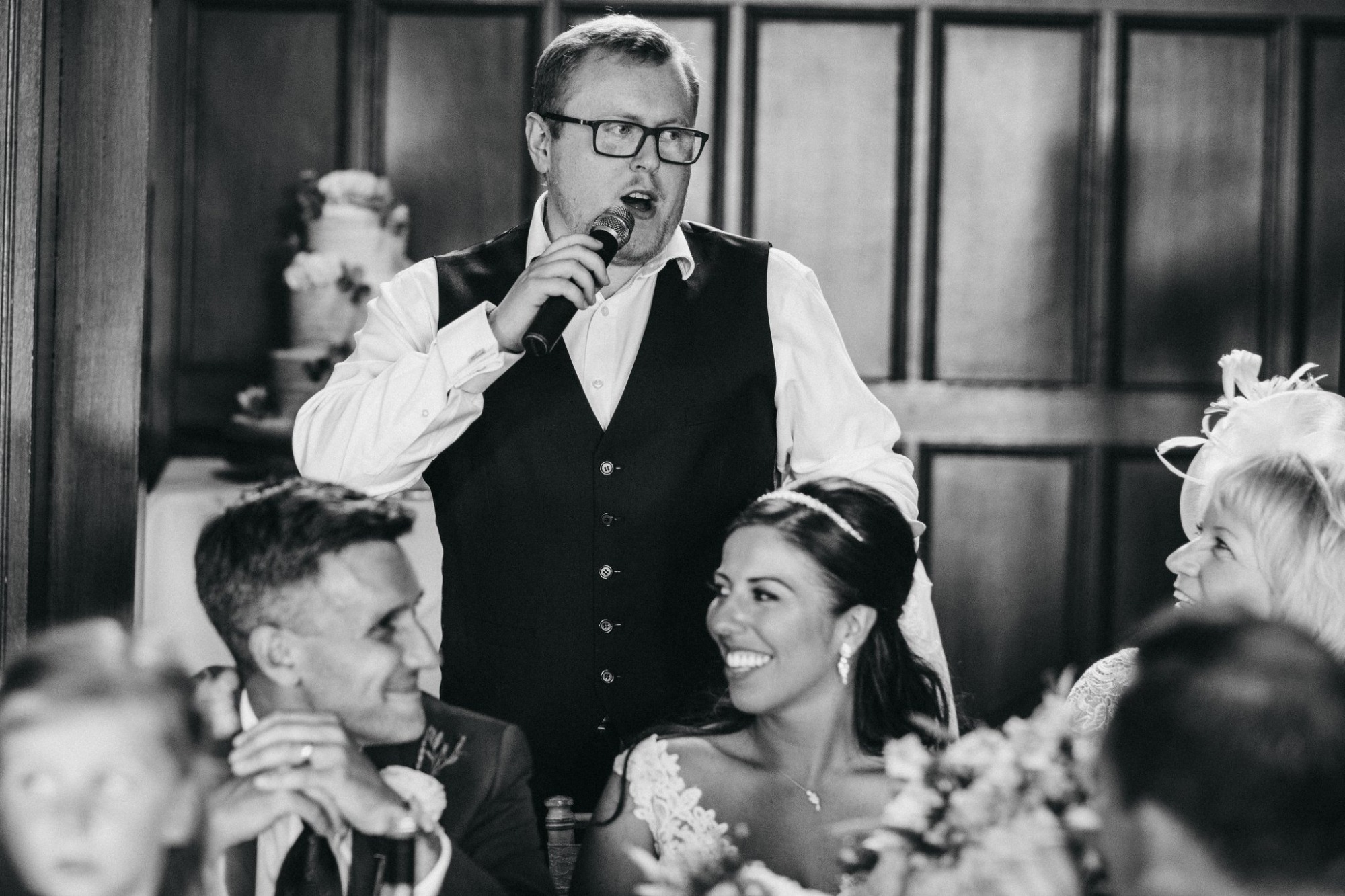 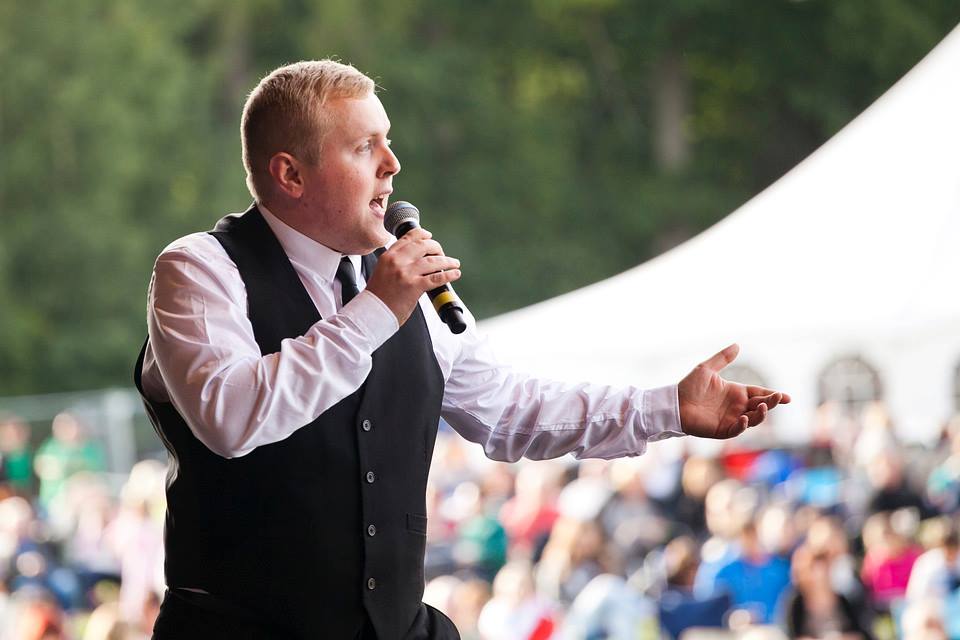 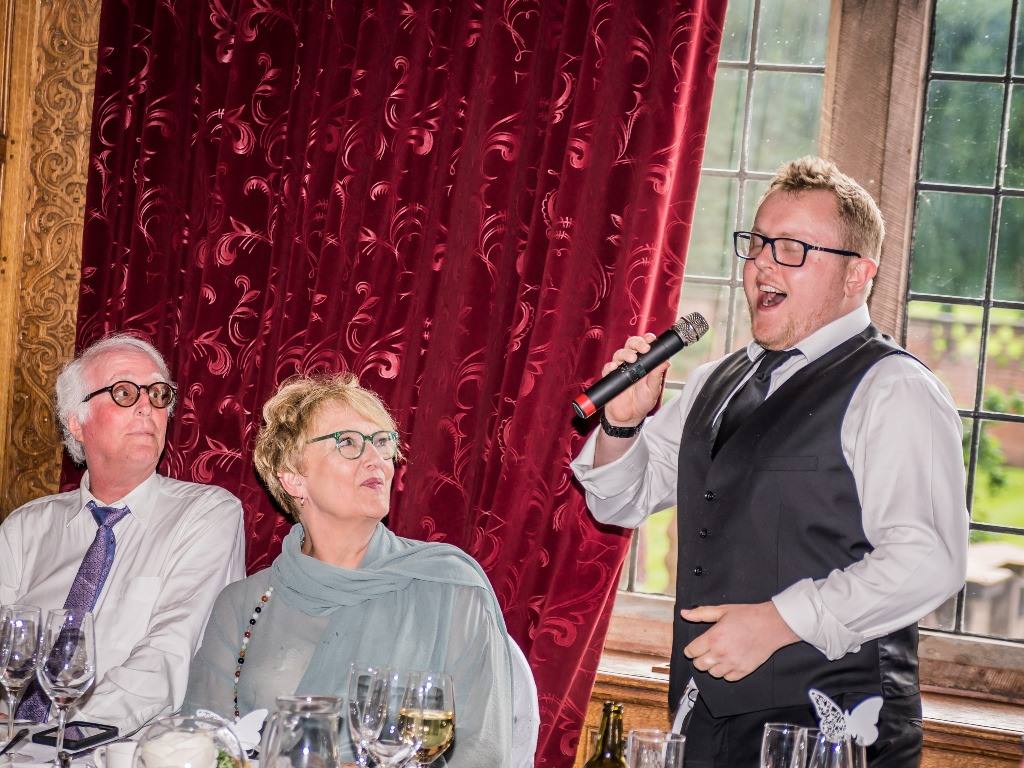 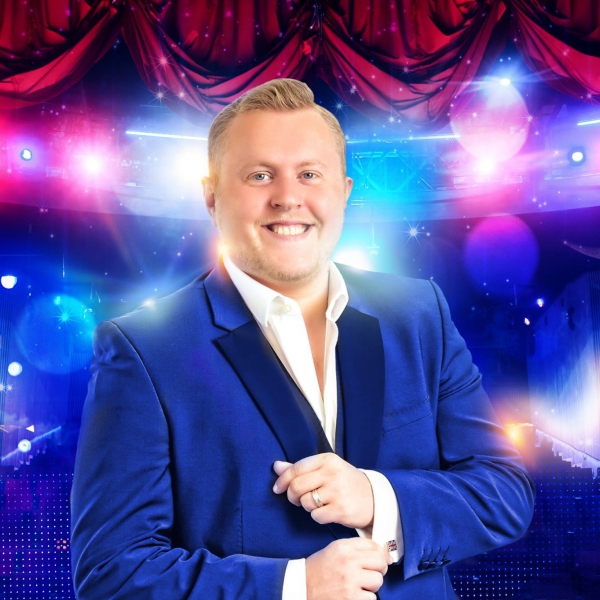 Wow your audience and leave memories to last a lifetime! Adam Williamson is an astonishing solo musical theatre performer with a voice worthy of royalty! Whether performing alongside high-quality backing tracks or with an 3-piece band every performance is a spine-tingling treat for the senses

You're The Voice - John Farnham
Rule The World - Take That
Unchained Melody - The Righteous Brothers
Nights In White Satin - Moody Blues
Surrender - Elvis
We Are The Champions - Queen
The Show Must Go On - Queen
Besame Mucho - Luis Miguel
Gold - Spandau Ballet
Nessun Dorma
O Sole Mio
That's Amoré
Volare
Time To Say Goodbye
Luck Be A Lady
My Way
New York, New York
What Kind Of Fool Am I?
Moon River
The Lady Is A Tramp
That's Life
That's Amoré
Mack The Knife
Smile
Sway
Volare
What A Wonderful World
Come Fly With Me
Fly Me To The Moon
You're Nobody Till Somebody Loves You
Mister Bojangles
Beyond The Sea
Unforgettable
When I Fall In Love
Cry Me A River
We Have All The Time In The World
From Russia With Love
Stars
Bring Him Home
This Is The Moment
Wishing You Were Somehow Here Again
The Phantom of the Opera
The Music Of The Night
Anthem
I Know Him So Well
Corner of the Sky
The Winner Takes It AllClose Every Door
Old Man River
Rodgers & Hammerstein Medley
West Side Story - Medley
Any Dream Will Do/ Give Me My Coloured Coat - Joseph
Defying Gravity
Memory - Cats
Something About This Night
Love Changes Everything
We Have All The Time In The World
From Russia With Love
Gold Finger
A View To A Kill
Live And Let Die
The World Is Not Enough
Man With The Golden GunDiamonds Are Forever
Skyfall
Writing's On The Wall
Golden Eye
Thunder Ball
Nobody Does It Better
An American Trilogy - Elvis
Can't Help Falling In Love - Elvis
My Way - Elvis
Wonder Of You - Elvis
Suspicious Minds - Elvis
Alway's On My Mind - Elvis
Jonny B Goode - Elvis
1968 Medley - Elvis
You're The Voice - John Farnham
My Girl -Temptations
That's Life - Frank Sinatra
My Way - Frank Sinatra
Luck Be A Lady - Frank Sinatra
Mack The Knife - Frank Sinatra
Lady Is A Tramp - Frank Sinatra
Fly Me To The Moon - Frank Sinatra
Come Fly With Me - Frank Sinatra
New York, New York - Frank Sinatra
Respect - Aretha Franklin
Your Song - Elton John
Pinball Wizard - Elton John
Candle In The Wind - Elton John
I'm Still Standing - Elton John
Sweet Caroline - Neil Diamond
Crunchy Granala - Neil Diamond
Play Me - Neil Diamond
Crying - Roy Orbison
Pretty Woman - Roy OrbisonYou Got It - Roy Orbison
Only The Lonely - Roy Orbison
Thunderball - Tom Jones
Help Yourself - Tom Jones
Green Green Grass - Tom Jones
Delilah - Tom Jones
Danny Boy - Tom Jones
Brown Eyed Girl - Van Morrison
Moon Dance - Van Morrison
Bohemian Rhapsody - Queen
The Show Must Go On - Queen
I Want To Break Free - Queen
Somebody To Love - Queen
Under The Moon Of Love - Showaddywaddy
Three Steps To Heaven - Showaddywaddy
Runaround Sue - Showaddywaddy
Heartbeat - Showaddywaddy
Saturday Night At The Movies - The Drifters
Save The Last Dance - The Drifters
More Than A Number - The Drifters
Kissing In The Back Row - The Drifters
Under The Boadwalk - The Drifters
On Broadway - The Drifters
My Eyes Adored You - Jersey Boys/Frankie Valli
Medley - Jersey Boys/Frankie Valli
Sherry - Jersey Boys/Frankie Valli
Oh What A Night - Jersey Boys/Frankie Valli
Can't Take My Eyes Off Of You - Jersey Boys/Frankie Valli

A great showman with a fabulous voice! Wonderful talent !

“We have booked Adam for a good for years now , he is a great showman with a fabulous voice ! Wonderful talent !”

“Two first class shows with standing ovations. - great choice of songs, excellent banter with the audience in between showcasing a light hearted approach thoroughly enjoyed by the guests ”

“Just wanted to say a massive THANK YOU to Adam. He was absolutely outstanding & everyone has been talking about him still the day after the event. Really funny & entertaining & extremely engaging of everyone at the party but most of all his singing was fabulous! He made my partners 50th birthday a one to remember for all the right reasons. I would most definitely recommend him, so professionally from start to finish I just wish he could have stayed for longer! Absolutely brilliant well done & thank you so much again!!”

A Golden Voice of Pure Velvet

“This very inclusive and entertaining evening of classic Musical Theatre showstoppers was music to the ears from start to finish. The show was visually aesthetic and added to the pitch perfect, velvet voice of Mr Adam Lacey it both wooed and wowed the audience, Lacey's stage presence is undeniable. 'Stars' showcases numbers from Showboat, Chess, The Phantom of the Opera and of course Les Misérables, in which Lacey had graced the West End stage in the role of Javert. The evening was a well planned emotional journey for the audience, with a human touch and a rollercoaster of emotions of tears of laughter and heartbreak. ”

His vocals are sublime

“Adam is such a fabulous artist, his vocals are sublime. He has a great presence on and off stage.”

Price from £256 + travel from West Yorkshire

Most Alive Network artists travel UK wide and internationally. Get a guide price instantly by clicking the 'get quote' button and entering your event date and location. Make an enquiry and we will liase directly with Adam Williamson to confirm price, availability, and the provide you with a confirmed quote.

Adam will perform his show with live his backing band just as you would see it live in the theatre.

Add another singer to the mix

Wow your audience and leave memories to last a lifetime! Adam Williamson is an astonishing solo musical theatre performer with a voice worthy of royalty!

The spotlight first fell on Adam when he was approached to perform the role of confederate commander Robert E. Lee in the European premier of Philip Glass's civil-war opera, "Appomattox".
Nominated as "best actor in a musical production" his snowballing career subsequently took him to the West End, as a radio host, and finally touring world-wide with his own solo show,

Working with top producers to pioneer symphonic arrangements of of modern anthems by Take That, Simon and Garfunkel, Queen, and many others; legendary tunes of the silver screen, Broadway pop, rock classics and big band favourites that capture the heart of audiences of all ages

With his soaring falsetto and fierce bass, it's no wonder Adam has spent 10 years performing worldwide for clients such as The UEFA, the BBC, the Proms, many world leaders and royalty, and even as the director of The Lion King musical in Washington D.C.!

Adam is available to perform alongside high-quality backing tracks or with an 3-piece band (see booking options).