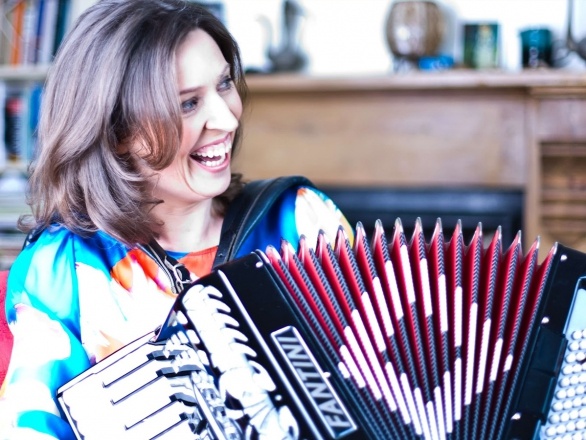 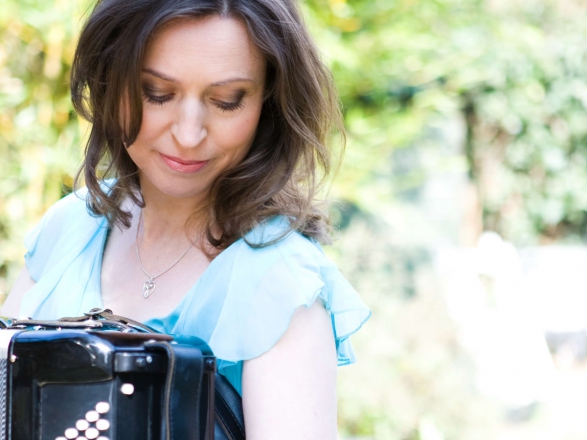 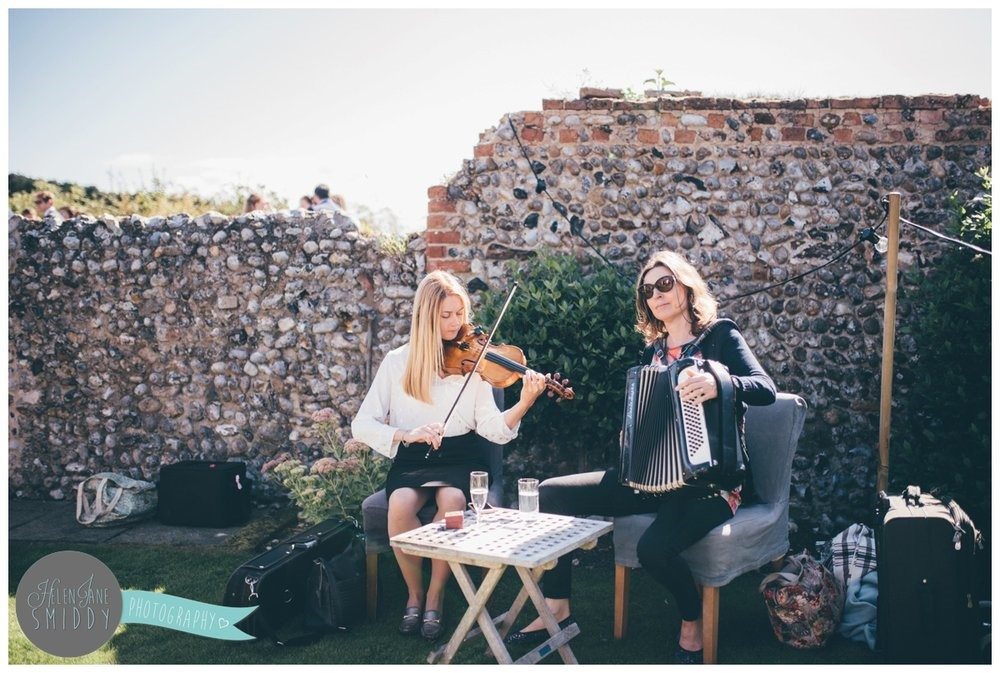 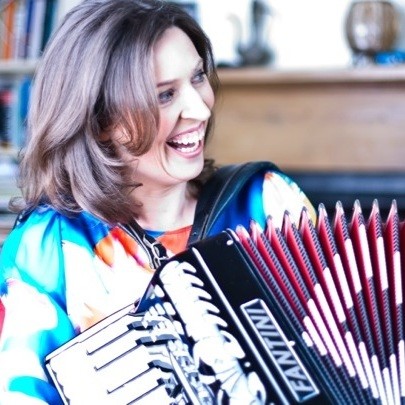 Performing traditional songs from around the world, Accordionist Cailin has an impressive resume of Festival & TV appearances, as well as previous clients including Princess Anne, Sting, Jamie Oliver & Guy Ritchie!

“Really created the atmosphere I was hoping for”

Songs (with accompanying vocalist/guitarist)
Flower of Scotland
Auld Lang Syne
Will you go Lassie go
Fields of Athenry
In Dublin’s Fair City
Galway Girl
Carrickfergus
Star of the County Down
Hills of Donegal
Fisherman’s Blues
Mack the Knife
Ring of Fire
I Walk the Line
Rainy Night in Soho
Blackbird
Norwegian Wood
Dirty Old Town
Babylon
You are my Sunshine
Bright Side of the Road
Moondance
Brown-Eyed Girl plus many more..

Really created the atmosphere I was hoping for

“The right atmosphere was so important at our Tepee party. So much thought and effort had gone into the night from the pagan story teller to the life sized animatronic polar bear. We couldn’t of hoped for a better folk duo. Colette and Micheal completely understood the evening and were so relaxed and happy to sit under the stars next to the fire. Playing tune after tune. That really created the atmosphere I was hoping for. Even stepping in to fill the time when the drummer got lost on his way here and also very happy to play a few carols at the end where 80 of us sang along. We will definitely request them again as not only were they talented musicians but really lovely people!”

“Collette and Jason were terrific. Excellent musicians with many compliments about how good they were and how much they enjoyed their music. They arrived in plenty of time and everything went smoothly. Jason even got some of us up and doing some ceilidh dancing in the second set”

We had a brilliant evening! She is an amazing musician!

“Colette was accommodating, helpful, friendly, and fitted in with the evenings plans and schedule. Alongside all of that, she is an amazing musician! Thank you Colette, we had a brilliant evening! Many thanks Matt”

Colette is a truly talented musician who has mastered the accordion. This was c...

“Colette is a truly talented musician who has mastered the accordion. This was clear not only from the beautiful versions of tunes which she played with Carlene the violinist who was also exceptional, but also that she did not restrict our choice, made further suggestions of music which lends itself to accordion/violin based on the kinds of music we like and learnt a new tune especially for our wedding. In short, this allowed us to have set lists which really reflected our taste and included tunes personal to us and all played excellently. Colette and her violinist are professionals who were equally adept at producing a lovely relaxed atmosphere for our drinks reception and creating a set full of energy for our evening dancing. Best wishes, Mike and Wiebke ”

Thank you so much for the amazing music.

“Hi Colette Thank you so much for the amazing music you provided us on our wedding day. So many guests commented on how your music created the perfect atmosphere. The tune Ceremony that you learnt for us was just so wonderful and a few people stated it put the hairs up on the back of their neck when you played it. Thank you.”

Most Alive Network artists travel UK wide and internationally. Get a guide price instantly by clicking the 'get quote' button and entering your event date and location. Make an enquiry and we will liase directly with Accordionist Cailin to confirm price, availability, and the provide you with a confirmed quote.

Larger PA can be provided if required.

Born in the highly musical area of Sliabh Luachra in Co. Kerry, she took her first piano accordion lesson at the age of 5 and had won two All-Ireland titles by the age of 18.

"Cailin is one of the best at coaxing genuine sounds from the stomach Steinway, a sterling musician.” - Irish Voice New York

In addition to public performances, Cailin has entertained at countless corporate and private events over the last decade. Amongst her many clients are Sting, Jamie Oliver, Antonio Carluccio, Guy Ritchie and Thandie Newton.