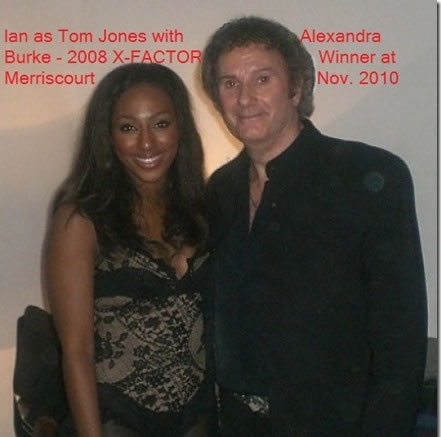 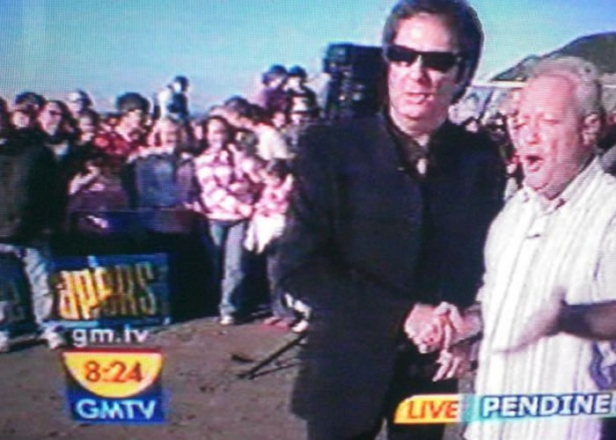 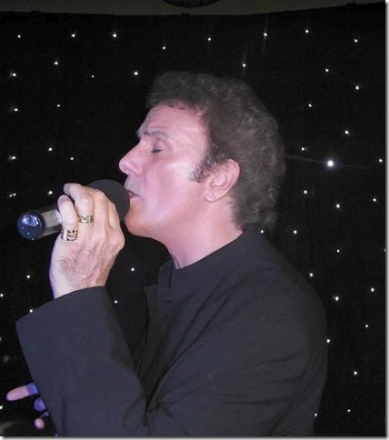 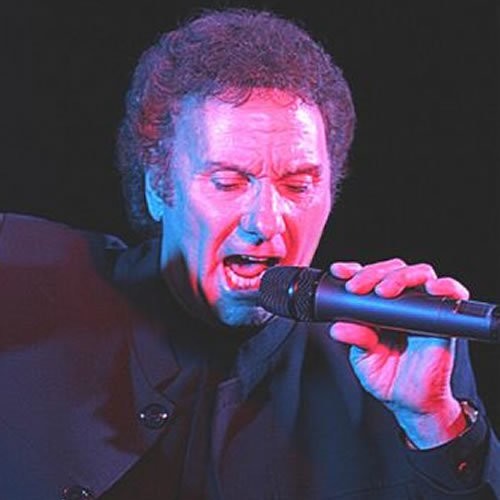 The Voice Of Tom Jones

Tom Jones Tribute Act & International No.1 The Voice of Tom Jones is based in Worcestershire. He performs all your favourite hits including 'What's New Pussycat?' & 'Delilah'. He is a GOLD AWARD Tom Jones Tribute & has appeared on GMTV, SKY, BBC & ITV.

The Voice Of Tom Jones - The Tribute Show - AliveNetwork.com

“Amazing! Made the party and had us dancing all night!”

It's Not Unusual
What's New Pussycat
Green Green Grass Of Home
Delilah
Funny Familiar Forgotten Feelings
I'll Never Fall In Love Again
I'm Coming Home
Help Yourself
Love Me Tonight
She's A Lady
Thunderball
Daughter Of Darkness
Till
A Boy From Nowhere
Kiss
Mama Told Me Not To Come
Sex Bomb
I Who Have Nothing
Ladies Night
Land of 1000 Dances
Mustang Sally
If He Should Ever Leave You
Are You Gonna Go My Way?
Something 'Bout You Baby I Like
Danny Boy
Detroit City
Give A Little Love
Can't Turn You Loose
Get Ready
Venus
Hello Young Lovers
A Minute of Your Time
Hard To Handle
The Reason
Midnight Hour

Just wanted to say The Voice Of Tom Jones was amazing.

“Just wanted to say The Voice Of Tom Jones was amazing. I had such a lovely birthday and he made the night, such a lovely man. I’ll definitely be recommending “Alive Network” to my friends and family.”

Amazing! Made the party and had us dancing all night!

“Tom was amazing, he sounded like the real thing. He sang all the upbeat song which I asked for, very accommodating. He had the guests singing and dancing from the word go! Lovey man too. Will be definitely booking him again in the future. Thank you Sir Tom!”

Created a wonderful event for my Mum’s birthday and I’m pretty sure that if he w...

“Ian is a magnificent beast - part Tom Jones, part Neil Diamond - all man. He created a wonderful event for my Mum’s birthday and I’m pretty sure that if he wasn’t married, she’d’ve kidnapped him. A fantastic entertainer and by all accounts a lovely man. Thanks again for everything. All good wishes, Russell Brand.”

IAN IS A MAGNIFICENT BEAST!!

“My son, Russell, booked a surprise for Ian to join my small group of friends as Tom Jones for my birthday celebration. He was absolutely amazing, the most wonderful voice, such lovely company and so very entertaining. We all enjoyed the excellent variety of songs and would thoroughly recommend Ian, he is a real gentleman who is truly talented. Thank you Ian it was a joy having such a special surprise. Babs Brand”

“Ian is a magnificent beast - part Tom Jones, part Neil Diamond - all man. He created a wonderful event for my Mum’s birthday and I’m pretty sure that if he wasn’t married, she’d’ve kidnapped him. A fantastic entertainer and by all accounts a lovely man. From Russell and Laura”

Price from £449 + travel from Worcestershire

Most Alive Network artists travel UK wide and internationally. Get a guide price instantly by clicking the 'get quote' button and entering your event date and location. Make an enquiry and we will liase directly with (Tom Jones) The Voice of Tom Jones to confirm price, availability, and the provide you with a confirmed quote.

The Voice of Tom Jones is a top rate Tom Jones tribute act. Many artistes can sound like a particular star but few are great singers like The Voice of Tom Jones. Tom Jones deserves nothing less from a Tom Jones tribute act! He has performed Tom's hits on GMTV interacting with TV legend KEITH CHEGWIN in Wales and on SKY TV in front of a 15000 super league crowd at Hull Kingston Rovers singing to the supporters from the pitch! He recently performed at a Summer Ball for ALIVE NETWORK attended by Supermodel CAPRICE and has supported FRANK CARSON in Tenerife, the legendary SWINGING BLUE JEANS in Marbella and ALAN SHEARER SIR BOBBY ROBSON and WILLIE THORNE at various functions.

The Voice of Tom Jones is the GOLD AWARD No.1 Fly-Back International Tom Jones Tribute Act performing all over the UK and all around the world from Greece to the Middle East to the Caribbean. He has starred in the OFFICIAL Granada TV's "Stars In Their Eyes-Live" UK Theatre Tour to audiences of 3000+ every night and is a regular headline act on board P & O's Ocean Village Cruise Ship in the Caribbean and Mediterranean. After 11 years of performing the Tom Jones tribute show he has built a great reputation as an amazing vocalist. The vocal power and styling, the look the moves and the mannerisms of Tom Jones are all displayed with uncanny accuracy. He has the ability to adapt to the smallest parties and clubs and also to large corporate functions, weddings and huge football stadiums.

He recreates all the passion and power of a Tom Jones concert interacting and chatting with the audience and even involving some of them on "What's New Pussycat?" They love it and they always want more!

He recently performed his show on the pitch before a football match at Southend United to a crowd of 10,000 who joined in with the anthemic Delilah. If you want audience participation The Voice of Tom Jones is the man - from What's New Pussycat? to the Green Green Grass of Home he has audiences enthralled. He had the privilege of recording a demo song for Tom Jones himself written by hit songwriter Johnny Caesar who wrote "Come Home Rhondda Boy" for Tom in the 80's. Johnny chose The Voice of Tom Jones because of his vocal abillity. Back in 2002 he performed a few songs in front of Tom's fans before "The Party In The Park - Route of Kings" ( Tom's show in Hyde Park London ) where he was sponsored by Smart Cars. He then appeared at the Dilmun club in Saudi Arabia where they wouldn't let him off the stage and he performed 40 minutes of extra encores!! He has since performed the magnificent Shangri-La Hotel in DUBAI to the Welsh Ex-Pats. Society

The Voice of Tom Jones is the first choice fly-back artiste from the UK for the Costa-del-Sol, Corfu and the Algarve and appears there annually. He covers the whole of the UK and all the major hotel groups and is ideal for clubs, golf clubs, private and corporate events, weddings, universities, parties, theatres, festivals, restaurants, nightclubs and cabaret venues ( he has even performed Tom Jones for a lady's birthday party in her lounge - a wonderful time!) This is a tribute act you must not miss!! He always gets a great reaction wherever he goes.

Your event
The Voice of Tom Jones can also turn his hand to pay tribute to another living legend, Neil Diamond. He can perform a set of Neil Diamond songs as an adjunct to his Tom Jones set; giving you a double whammy of two great singers in one show!

"What an act!! Great voice - Tom Jones eat your heart out! Your spot was very well received. An asset to any venue."
John Scott Rubery & Rednal R.B.L - West Midlands

"A great night's entertainment: the debate goes on "was Neil better than Tom or vice versa " Both were spot on and we would have no hesitation in recommending The Voice of Tom Jones to anyone. Not only did he fill the dance floor, he kept going longer than we could have expected. What a showman!!! Loudwater Resident's Association

"You stood up to your name as THE VOICE, I have had nothing but compliments on you and your voice. After 16 years as a NCO in the Welsh regiment, which means 16 years of St David's Day Balls, I can honestly say hand on heart that has been the best night ever, I have passed on your web address & have asked people to write the compliments on your website. It was our honour and privilege to have such a talented Tom Jones Tribute artiste as yourself! P.S thats the most people i have ever seen on the dance floor!!"
Daren Broadway - Lucknow Baracks - Welsh Regiment - Tidworth

"The Voice of Tom Jones - loved your show! I will re-book you in the New Year.
Regards Pat Lesser - Stonebridge Golf Club. ( Warwickshire )

And from the great man himself...
"You had to be a really good singer to get paid in Wales because there were so many good singers around who would sing for a pint of beer"
Tom Jones (The Autobiography)

See more artists like The Voice Of Tom Jones

After booking, speak directly with The Voice Of Tom Jones.