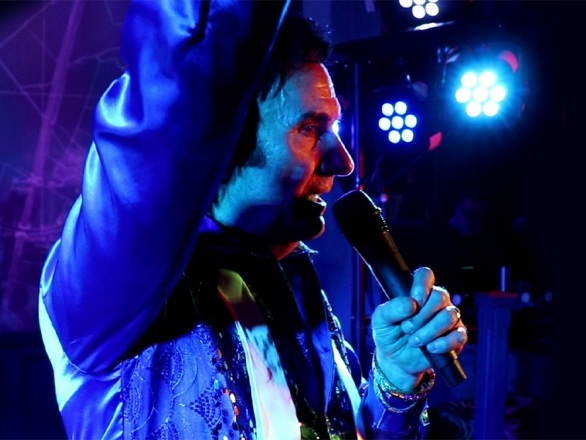 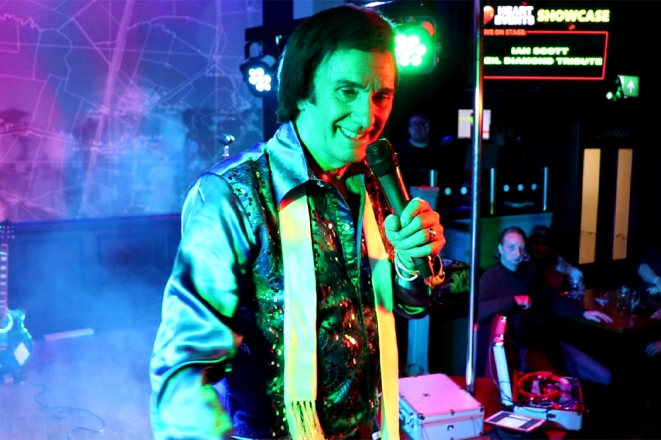 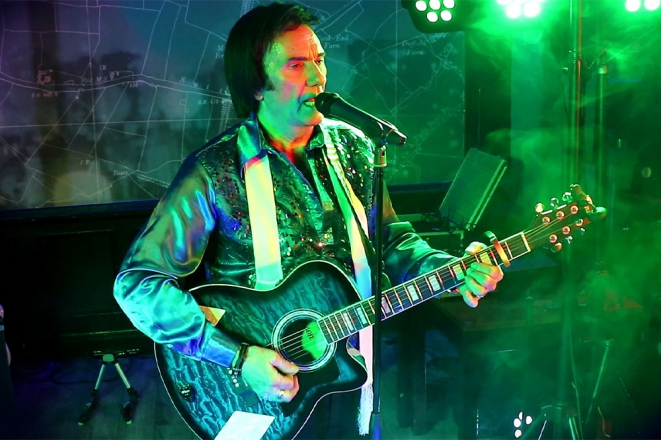 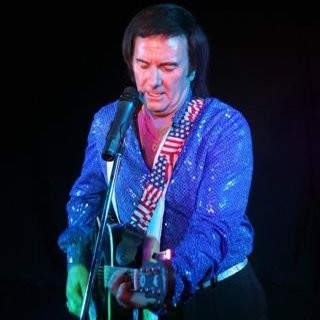 The Real Diamond is rated one of the top Neil Diamond tribute acts in the UK. With an uncanny likeness, this is a must see for all Neil Diamond fans.

Solitary Man
Cherry Cherry
I Got the Feelin' (Oh No No)
Thank the Lord for the Night Time
Girl You'll Be a Woman Soon
Kentucky Woman
Shilo
You Got to Me
Brooklyn Roads
Red Red Wine
I'm a Believer
Sweet Caroline
Soolaimon
Cracklin' Rosie
Song Sung Blue
Play Me
Holly Holy
Morningside
Crunchy Granola Suite
Brother Love's Traveling Salvation Show
I Am...I Said
Be
Longfellow Serenade
Beautiful Noise
If You Know What I Mean
Desiree
September Morn'
You Don't Bring Me Flowers
Forever in Blue Jeans
Hello Again
America
Love on the Rocks
Yesterday's Songs
Heartlight
All I Really Need Is You

“IAN WAS EXCELLENT, HE HAD EVERYONE ON THE DANCE FLOOR, EVERYONE ENJOYED THE EVENING THANK YOU”

“Brilliant and authentic with an amazing voice!”

Sold out! This Tribute is so good!

“Fantastic Neil Diamond Show. Ian was amazing, drawing the audience in with that fantastic voice. His voice quality puts him some way above so many other tribute acts. Brilliant! He will be back......”

“Great guy, really communicative. Fantastic singer and great fun. Everyone danced and joined in during his set. He sang all the classics and even managed to get me up to have a first dance, which is unheard of!! Thank you so much, top guy! ”

This is the go to Neil Diamond Tribute.

“Ian was absolutely superb and enjoyed by everyone and added bonus of a couple of Tom Jones sing a longs and dances. He also sang our first dance for us as requested which was very special to us. This is the go to Neil Diamond Tribute.”

Price from £453 + travel from Worcestershire

Most Alive Network artists travel UK wide and internationally. Get a guide price instantly by clicking the 'get quote' button and entering your event date and location. Make an enquiry and we will liase directly with (Neil Diamond) The Real Diamond to confirm price, availability, and the provide you with a confirmed quote.

The Real Diamond is Neil Diamond (rated as one of the top three Neil Diamond tribute act in the UK) and the likeness is uncanny.

He has a chance to show his musicianship as Neil playing some cracking guitar rhythm's on "CHERRY CHERRY" "BEAUTIFUL NOISE""PLAY ME"& "SWEET CAROLINE". He wears the costume and look from the "JAZZ SINGER" which was Neil Diamond at his peak.

LATEST NEWS.......
He has just performed his Neil Diamond Tribute Show with Stand Up Comedian RUSSELL KANE (See photo) for AVALON TV PRODUCTIONS on BBC RADIO 2 at the GRAND THEATRE in Blackpool (July 2011). He sang SWEET CAROLINE as the grand finale to the show "RUSSELL KANE'S SUMMER TOUR SHOW" which is scheduled to be broadcast in August 2011 (evening transmission).

When The Real Diamond performs his Neil Diamond Tribute the audience are totally captivated and involved in the performance as the tempo goes up and down and the mood changes from romantic ballads to storming classics like "I'm A Believer" and "Cracklin' Rosie ". His magnificent voice re-creates the emotion excitement passion and "spiritual" feel of Diamond's songs.

This Neil Diamond tribute show take's the audience there, involves them hands-clapping and he doesn't let go until a fantastic heart-thumping foot stomping roof-raising finale!

He has taken his tribute to Neil Diamond show to the Highlands of Scotland the DILMUN CLUB -BAHRAIN & The PARADISE CLUB- TENERIFE. The Real Diamond also thrills audiences all around the UK with his superb "double bill" tribute to Neil Diamond and Tom Jones. The transformation from Tom to Neil astounds people with some of the audience convinced it is not the same performer for both acts.

Neil Diamond is one of the worlds greatest and enduring singer/songwriters. He is a songwriter himself (listen to "The Hands of Love" and "Pour Your Love On Me" on the sound files). He wrote these gospel songs and performed them with his band 'After The Fall'. The Real Diamond understands how well Neil has crafted his songs and how they "fit like a glove" when you sing them. He also understands the technique of singing that you have to pour your heart and soul into every performance. He does that and more.

"The best of all the tribute shows we've had at the Dilmun. The Real Diamond had everyone on their feet. The feedback from the club members has been tremendous. His performance as a Tom Jones and Neil Diamond tribute was truly amazing"
- Jill Silverthorne, Dilmun Club Bahrain (Saudi Arabia)

“Something very magical happens…..the audience is the other half of the performance you can’t do it without them, you need them, you need them with you, you want them, they’ve got to be with you or else there’s nothing…… and the most exciting time of all is when it all comes together, when the audience is with you, when the band is cooking, when the night is made for love. Suddenly you’re not just the man on the stage anymore. You’re a man having a love affair with the audience. And most of all, best of all …….you’re not alone anymore.”
- NEIL DIAMOND - GREEK THEATRE 1976

After booking, speak directly with The Real Diamond.