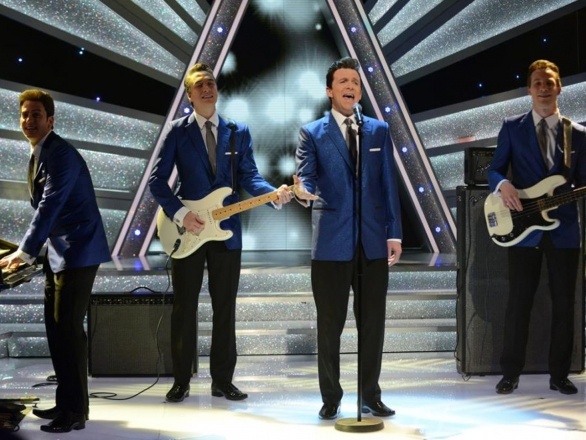 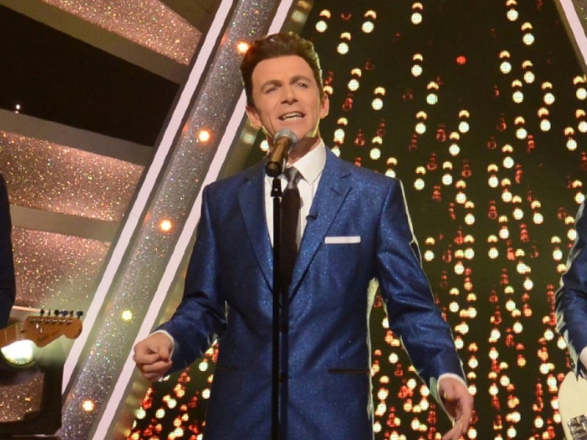 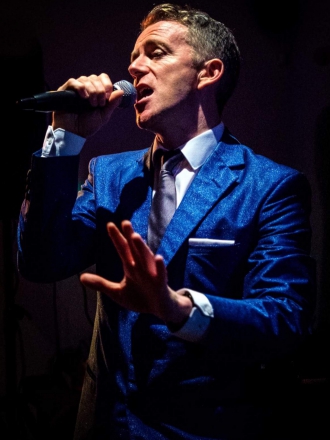 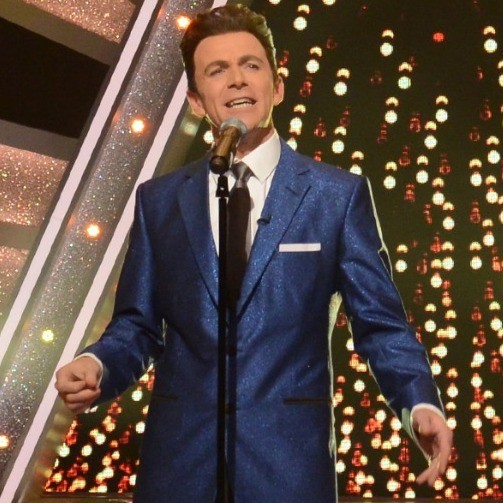 Winner of ITV's Stars In Their Eyes 2015, Franklie Valli brings his iconic suit and perfectly styled hair to perform songs of the past and present day with true authenticity, mirroring those incredible Frankie Valli Vocals all the way!

Franklie Valli performing Cant Take My Eyes Off You - Available from AliveNetwork.com

“Oh what a night! Amazing performance”

Oh what a night! Amazing performance

“Peter went above and beyond to help make my mum's surprise 70th party memorable. From start to finish he engaged with the audience and had everyone up dancing. Everyone commented how fantastic he was and loved every minute. Thank you!”

My goodness has that man got a brilliant voice

“He more than lived up to our expectations, he created a party atmosphere immediately. His songs through us back into our youth and we danced the night away. Frankie even learnt a song just for us "Unchained Melody" and my goodness has that man got a brilliant voice.”

Very engaging, professional and made it fun for everyone at the wedding.

“Very engaging, professional and made it fun for everyone at the wedding. Outstanding performer and very flexible”

Everyone loved the act

“The Frankie Vali tribute act was fantastic, everything went exactly to plan and everyone loved the act. He was definitely value for money and I wouldn't hesitate to book him again”

Frankie was probably the best artist we have had perform at our club.

“Franklie Valli visited us at Ashton + Lea G.C, for our Captains Evening. What a pro. Had everyone singing from the first song. He ‘rocked’ the place. ‘Franki’ was probably the best artist we have had perform at our club. Highly recommended. See you soon we hope Peter.”

Most Alive Network artists travel UK wide and internationally. Get a guide price instantly by clicking the 'get quote' button and entering your event date and location. Make an enquiry and we will liase directly with (Frankie Valli) Franklie Valli to confirm price, availability, and the provide you with a confirmed quote.

Highlights
* Winner of ITV's Stars In Their Eyes 2015.
* Complete with iconic suit, styled hair & vocals to match.
* Interacts with audience for a brilliant night of entertainment.

The Winner of ITV's Stars in Their Eyes and a Tribute Act with true star quality!

Franklie Valli is a tribute act that is sure to light up any stage with his big performance and the highest levels of showmanship. From that iconic suit to the perfectly styled hair, our Frankie Valli has really got the look too - as well as the voice. This act brings songs of the past to the present day with true authenticity mirroring those incredible Frankie Valli vocals all the way. If you are looking for a winning performance at your event or at your venue, Franklie Valli is available to hire for all kind of functions and events from weddings and corporate events to theatres and cruises, across the UK and overseas.

Frankie Valli was one of the biggest stars the music industry has ever seen. As a part of the legendary musical group Frankie Valli and the Four Seasons, he topped the charts countless times. The vocal quintet earned more than two dozen Top 40 hits, and as Valli himself earned nine Top 40 hits. Now, some of the most memorable songs of Frankie Valli's career are coming to life on stage once more through the brilliant musical 'The Jersey Boys. All of your favorite tunes are back and better than ever: "Sherry," "Big Girls Don't Cry" "Walk Like a Man" "Cant take my eyes off you" plus many more...

With over 18 years experience in show business, Franklie Valli is an accomplished, top class vocal entertainer. Franklie Valli has recently appeared on ITV’s ‘STARS IN THEIR EYES’ appearing as 'Frankie Valli' and has been crowned Champion for 2015. Although winning ‘STARS IN THEIR EYES’ as Frankie Valli and incorporating a tribute to the Four Seasons - ‘Jersey Boys’ within his act, there is so much more to Franklie Valli’s singing.
His relaxed style and brilliant interaction with audiences makes him one of the most popular vocal entertainers on the circuit.