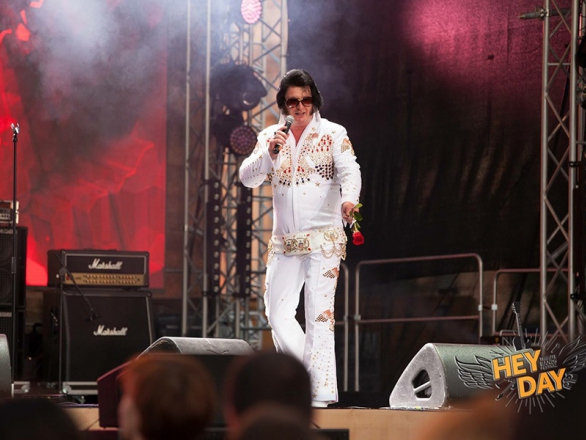 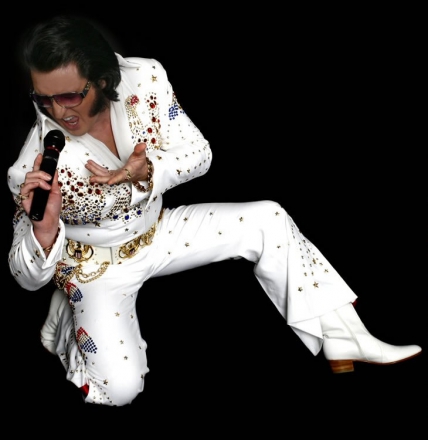 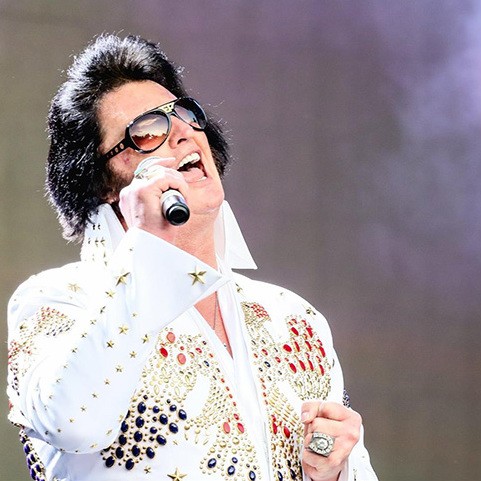 “Elvis the King was great from start to finish he looked the part and sounded ever better. He arrived early and was professional throughout the afternoon. He was the talking point of the day and Mum really enjoyed him and sang along to every song”

“I was looking for an Elvis singer and dropped on this profile, couldn't believe the likeness in his voice so booked straight away. Sounded great on the night and was a perfect addition to our wedding reception. Would recommend this guy to everyone!”

“10/10!! I would give more than 10 if possible. !!! Seriously fantastic. Feedback from my guests has been brilliant. They think he was awesome!! He was!”

I have never heard an Elvis impersonator as good as Gerrard and the show he put ...

“I have never heard an Elvis impersonator as good as Gerrard and the show he put on for us was out of this world. He was well worth the fee he charged and I would definitely book him again and recommend him to anyone who is looking for a great entertainer. Gerrard is a lovely man he has a great personality he was also very good to all the disabled guests. everyone commented on the way he presented himself and looked like the real Elvis even the costumes he wore were very authentic.. We spoke a couple of times before the venue to make arrangements for the night He is a very polite and funny gentleman! All in all we had a great night, We have had lots of people giving us feedback on how professional he was, the roses went down well with the ladies. I wish I had his car! He started the evening with a dedicated song to Sylvia (my wife) and I, that was good. I would like to say a big thank you to Marc at Alive Network for being so professional in the way that everything wen...”

Price from £833 + travel from Greater Manchester

Most Alive Network artists travel UK wide and internationally. Get a guide price instantly by clicking the 'get quote' button and entering your event date and location. Make an enquiry and we will liase directly with (Elvis) The King to confirm price, availability, and the provide you with a confirmed quote.

The King started singing like Elvis when he was only 8 years old, when his father bought him some records. Amongst those records there was only one voice that attracted The King and that voice belonged to Elvis Presley. It was so very special that he just had to sing exactly the same. After many hours of practicing he discovered that he sounded just like Elvis!

As time went by, people in his secondary school and later in the army asked him to do his impersonation of The King of Rock-n-Roll and so he did, and after leaving the army he decided to become a professional singer to do what he loved best.

The rest is history.

A true professional in every sense of the word.

After booking, speak directly with The King.