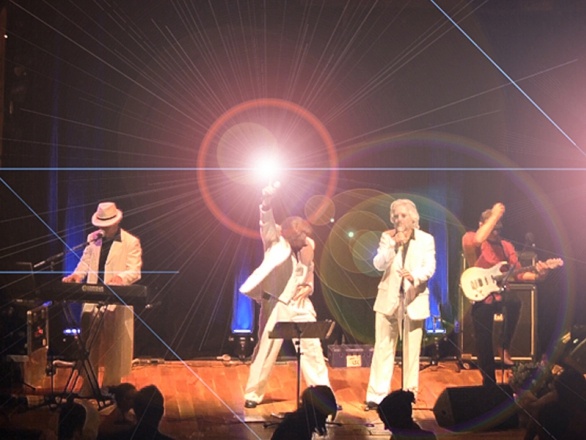 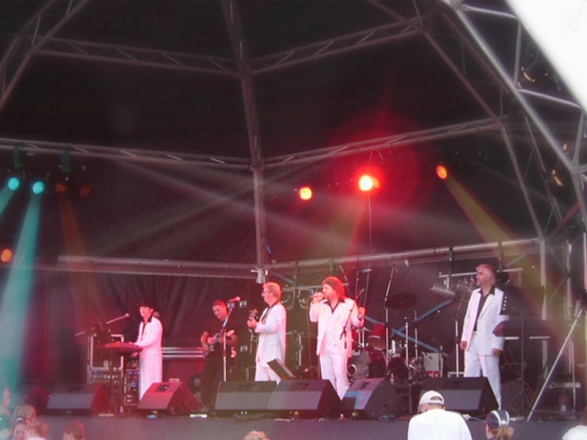 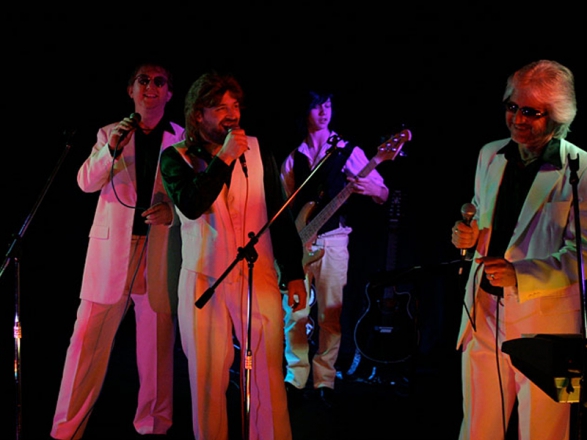 An authentic tribute to one of the Disco greats of the 1970s, The Bee Gees Experience perfectly evoke the disco fever of the era. A 3 or 4 piece group is available dependent on budget and venue size who re-create the music of the Bee Gees.

“A fantastic evening was had by all!”

A fantastic evening was had by all!

“From the word go, everyone was saying aren't they good? The lead vocal was so on point and the other two guys were brilliant musicians. We heard all the old favourites and everyone joined in with the choruses. The only time the dance floor was empty was when people were eating! The guitarist gave us a few impromtu extra songs which we all appreciated very much and the evening ended with an encore of a trio of favourites. I would recommend these lovely guys any time.”

“What a brilliant night the lads gave us. We danced all night long. Their music, their voices, their dancing, fun loving and so kind to individuals who loved all the audience participation. We want them back again!! Many thanks from Victoria.”

“(Bee Gees) Disco Night Fever Band performed at my 50th on Saturday night and were absolutely brilliant! They sound just like the Bee Gees, costumes awesome and totally professional... Had so many comments from guests about them - absolutely epic! Would thoroughly recommend!”

“My retirement party went so well on the night, the boys turned up well in time for setting up. The boys were very nice and easy to get on with, nothing was too much for them, the surprise was kept right up until they came on stage. I would strongly recommend them to any of my friends or family. Since the weekend I've had nothing but good reports concerning the band.”

“A delight to work with! Talented, professional and terrific fun. Got everyone on the dancefloor and singing along – really made the party go with a bang. Brilliantly organised and wonderfully low-maintenance prior to the event……as the event organiser they were a god-send!”

Price from £840 + travel from West Midlands

Based on 3 members performing 1 hour 30 minutes

Most Alive Network artists travel UK wide and internationally. Get a guide price instantly by clicking the 'get quote' button and entering your event date and location. Make an enquiry and we will liase directly with (Bee Gees) Disco Night Fever Band to confirm price, availability, and the provide you with a confirmed quote.

The ‘Bee Gees Experience’ is a Tribute Band that was formed in 2001 and has successfully performed in Holland, France, Hong Kong and all throughout the UK.

We have a show that will make any evening into a great party!

A 3 or 4 piece group is available dependent on budget and venue size who re-create the music of the Bee Gees. The band members perform classic harmonies featuring the unforgettable voice of Nick Lester on lead vocals as Barry Gibb. Dependent on lineup, 2 of the vocalists also play keyboard and guitar, all to self-recorded backing tracks.

There is also the option of the Barry Gibb Experience, where the lead singer from the Bee Gees Experience will perform a solo act with the rest of the band pre recorded onto backing tracks to get the full sound even if there’s no space for the full band or your on a smaller budget. If there's any interest in this option, please don't hesitate to let us know!

The Bee Gees have been around for many years and provided us with some amazing dance music. This has given us some great material that they have performed, and they have written for others. We also pay homage to other great 70s music by sometimes performing tracks of that era which weren't done by "The Bee Gees", like Donna Summer, Kool and the Gang, Heatwave, Rose Royce and even the Scissor Sisters.

The Bee Gees Experience have performed for varying audiences of different sizes from 100 people, to an audience of just over 12,000 at a music festival. We have worked with stars like Heat Wave, and The Rubettes.

Classic Bee Gee's 2 set show
This show is ideal for true Bee Gee’s fans, after a lively introduction with a disco feel the 1st half concentrates on the earlier Bee Gees classics before their disco years and is difficult stopping the audience participation. This first half lasts around 30-40 minutes.

A quick costume change (or a break if needed) and then Tragedy starts the whole of the second set which lasts around 50-60 mins This 2nd half will see the dance floor rolling to the sounds of  You Should Be Dancin’, Grease, Jive Talkin, Night Fever,  Stayin Alive and many more favourites. All those John Travolta’s cannot resist the temptation and the girls will be off their feet.

Saturday Night Fever 2 set show
This show is ideal for Weddings, Birthdays, Anniversaries where you may need more dance numbers for a more varied music taste. This show also consists of 2 sets but we replace some of the slower Bee Gees records with some of the best dance and disco music of the 70’s and 80’s. This show was created by public demand and has proved to be a great success. Anyone looking for a disco/dance night must request the ‘Saturday Night Fever Show’

Background Music/Disco
Background music and post show disco music is offered free of charge with either package. However, if you would like a dedicated DJ then please contact us for a quote.