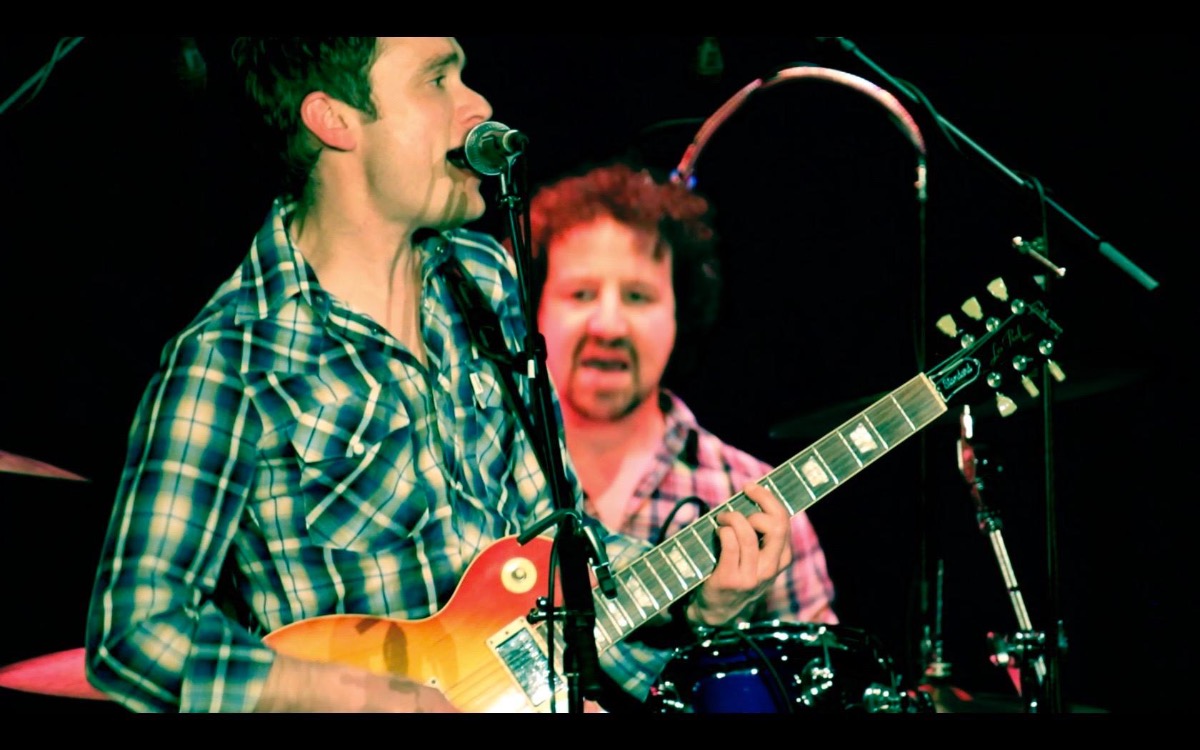 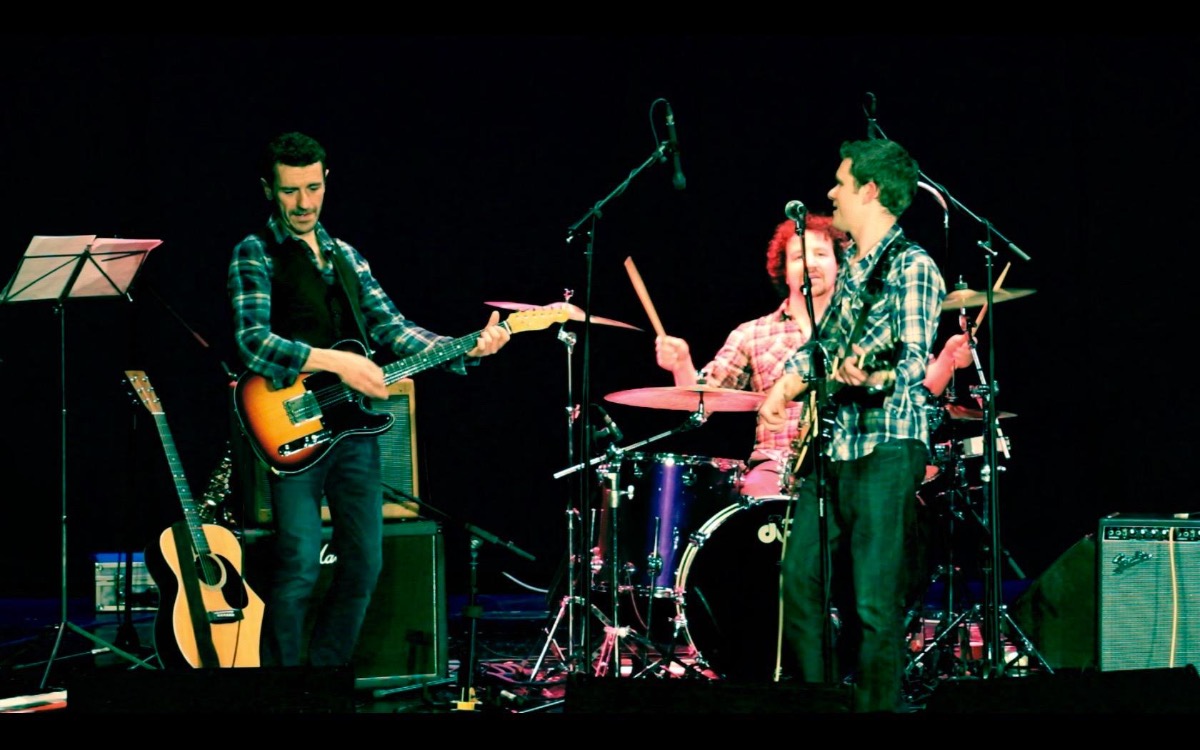 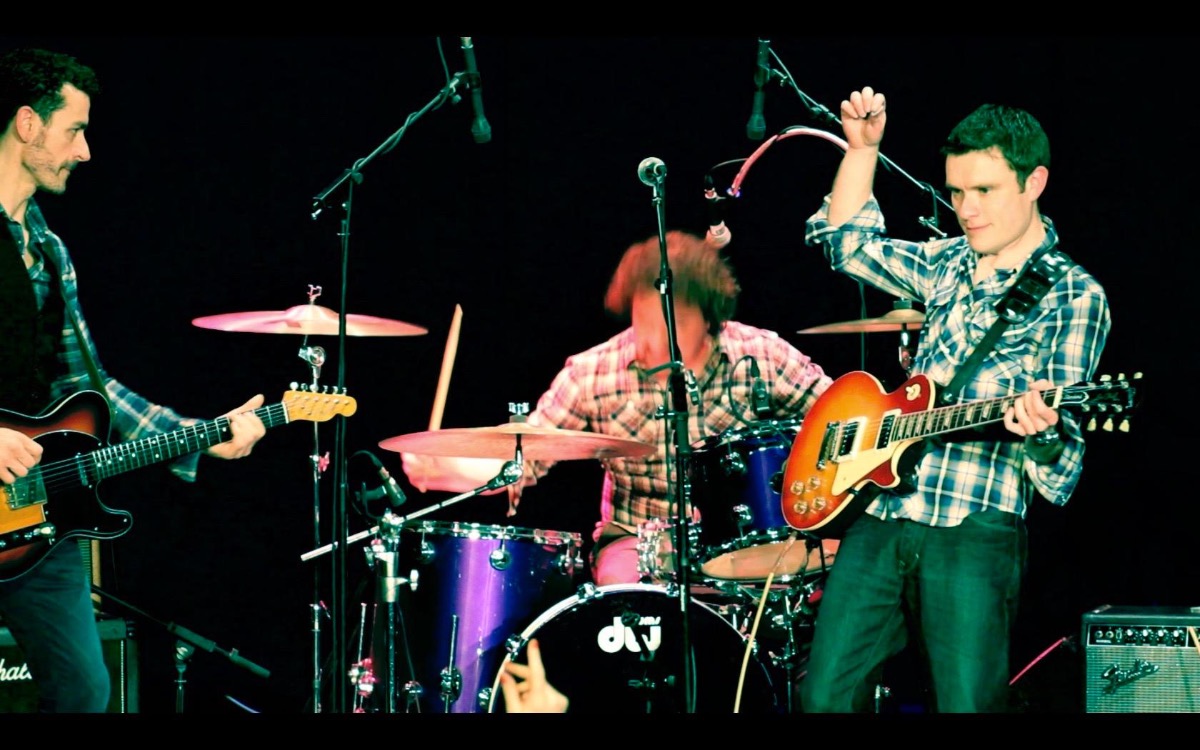 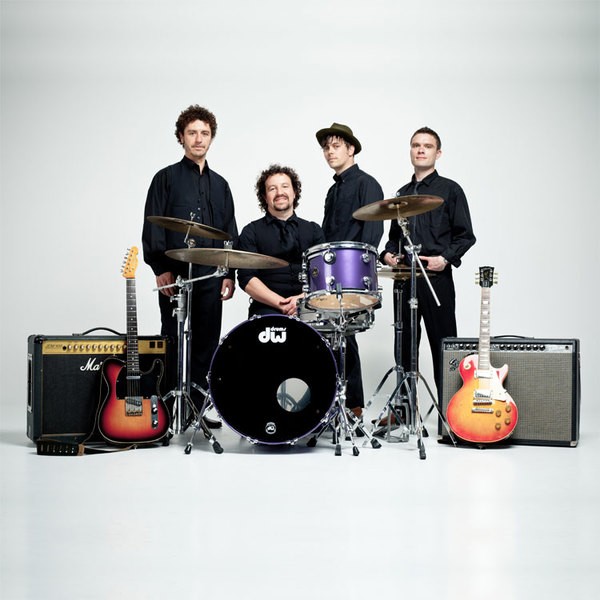 The Happenings are a professional band who perform great music with energy and conviction. Delivering top drawer performances with material from bands such as The Strokes, Kings of Leon, The Beatles and Rolling Stones they know how to make a party rock!

Rock and Pop Band The Happenings- Available from alivenetwork.com

“Amazing, couldn't have asked for more.”

The Sixties
You Really Got Me- Kinks
Stand By Me- Ben E. King
Baby Please Don’t Go- Them
Brown Eyed Girl- Van Morrison
Here Comes The Sun
If I Needed Someone
I Saw Her Standing There
Twist & Shout- Beatles
The Mighty Quinn
Like A Rolling Stone- Bob Dylan
Satisfaction
The Last Time
Paint It Black
Brown Sugar
Jumpin’ Jack Flash
Route 66- Rolling Stones
All Along The Watchtower- Jimi Hendrix
The Weight- The Band
Need Your Love So Bad- Fleetwood Mac
I’m A Believer- Monkees
Suspicious Minds- Elvis Presley
Mustang Sally- Wilson Pickett
Dock Of The Bay
These Arms Of Mine- Otis Redding
You Never Can Tell- Chuck Berry
Keep On Running- Spencer Davis Group
My Generation- The Who
How Sweet It Is- Marvin Gaye

The Sixties
You’ve Got To Hide Your Love Away
I Saw Her Standing There
One After 909
Here Comes The Sun
Don’t Let Me Down
I’ve Just Seen A Face
Two of Us
Norwegian Wood
Help!
Cold Turkey
Ticket To Ride
Twist and Shout- Beatles
Route 66
Paint It Black
The Last Time
High Heel Sneakers- Rolling Stones
The Wind Cries Mary
Red House
Little Wing
Hey Joe
All Along The Watchtower- Jimi Hendrix
You Ain’t Going Nowhere
Like A Rolling Stone
The Mighty Quinn
She Belongs To Me
It Takes Alot To Laugh It Takes A Train To Cry- Bob Dylan
The Weight
Long Black Veil- The Band
Stand By Me- Ben E. King
Brown Eyed Girl- Van Morrison
Need Your Love So Bad- Fleetwood Mac
I Shall Be Released

Amazing, couldn't have asked for more.

“The Happenings were amazing. We booked them for our wedding and they sounded great. The songs sounded great, they played all the songs we requested from their set list and even learnt one we requested for our first dance. They also let us use their PA system to do speeches on. The sound quality of the sound system was also great and they were all a friendly group. Would definitely recommend to anyone.”

Cannot fault the band’s sets at all but the additional DJ service could be impro...

“The 2 x 1 hour sets were incredible and I highly rate this band for that. Bens voice is incredible and I loved the choice of songs they had, lots of upbeat ones and something for everyone! Unfortunately we were less pleased with the additional service we had purchased (which was not cheap) to have the band stay on and DJ at our wedding afterwards. I chose to do this as I thought the transition would be smoother then from band to DJ as the band would already have set up. The DJ set was done in a very simplistic way. I also had given Ben a Spotify playlist of songs I wanted to be played during the DJ set and instead they began by playing a really awful lot of pop songs which were worlds apart from the stuff on the playlist I had sent over. I did have to go over and ask for the music to be changed to what I had sent over which just seemed really strange as we had only spoken about my playlist days earlier. Again, can’t fault the band’s sets, but for anyone thinking about doing the same I...”

Such a fabulous function band!

“The Happenings were the perfect choice for our wedding last weekend! They played 2 x 1 hour sets and had people up on the dance floor constantly. Ben and the band played a few of our requested favourites from their repertoire which we really appreciated! A very friendly and professional band who are also very talented musicians - all of our guests commented on how great they sounded. Many thanks to Ben and the boys for making our wedding reception so much fun, Mr & Mrs Player :)”

Great guys, great sound, had everyone up dancing

“Ben and the boys are a great band. Very professional, sound fantastic and had even the non-dancers up dancing. They played two sixty minute sets and we would highly recommend them. Our first dance was Ho Hey - they played it brilliantly and continued to excel the rest of the night.”

Excellent band and very talented. Incredible voices and worth every penny!!!

“Excellent band and very talented. We received so many comments about how good they were on the night. They sang our first dance and they really made it memorable. Incredible voices and worth every penny!!!”

Most Alive Network artists travel UK wide and internationally. Get a guide price instantly by clicking the 'get quote' button and entering your event date and location. Make an enquiry and we will liase directly with The Happenings to confirm price, availability, and the provide you with a confirmed quote.

“From the moment I first made contact with Alive Network to the point when I finally said goodbye to the band as they left the whole experience was truly fantastic. The greatest thing was the band "The Happenings". I wanted a REAL rock band not a watered down MOR band that lacks identity and conviction. I wanted a group that would get people up and dancing I wanted a band that could REALLY play their instruments and as individuals play them well. I was not let down in any of these areas.

They were truly magic being a bit of a music buff I felt proud to have had "The Happenings" playing at my gig and was equally proud when quite a number of guests asked where I'd got these guys and that they would like them to play at their functions. If I could go and watch these guys as a spectator I would!”
Italo Abri

The Happenings consistently deliver top drawer live performances sourcing material from bands such as The Strokes, Kings Of Leon, Rolling Stones, The Beatles and many more. The band is made up of a stable core of professional musicians who have performed together for a number of years ensuring a well-rehearsed and great-sounding set that is guaranteed to get a crowd rocking!

The Happenings are a four-piece band and are ideal for functions that require lively danceable music that really gets people out of their chairs and letting their hair down.

Ben Hughes (guitar and vocals)
A full-time singer, guitarist and songwriter, Ben's first solo album 'There On Time' was released in October 2011 on White Guitar Records.

Johnny Barlow (guitar and backing vocals)
Johnny also plays guitar in 'Amsterdam'- a Liverpool-based band who have in recent years collaborated with such great artists as Elvis Costello and Christy Moore. The band's song 'Does This Train Stop On Merseyside' was a favourite song of the late John Peel whose wife Sheila played it on his Radio 1 Tribute evening.

Ben Kritikos (electric bass)
Originally from New York, Ben is the bass player in The Happenings and has been playing guitar, bass and singing in bands since his early teens performing in various European countries in recent years, most notably with his current original band 'Herons!'.

Alan Pagan (drum kit)
Alan is involved in many different band projects which require a wide range of styles and has his own  professional 16 track recording/rehearsal studio in London which has been used by artists such as Tom Baxter (singer songwriter) and Alexis Smith (programmer for Moulin Rouge and David Gray). Besides playing with The Happenings Alan has played drums for Charlie Winston supporting Peter Gabriel.

Your event
The band can provide music before and between sets at no extra cost. Their powerful PA system can be linked to any iPod- so bring your own play list of songs or just ask The Happenings to bring one- for no additional charge.

After booking, speak directly with The Happenings.