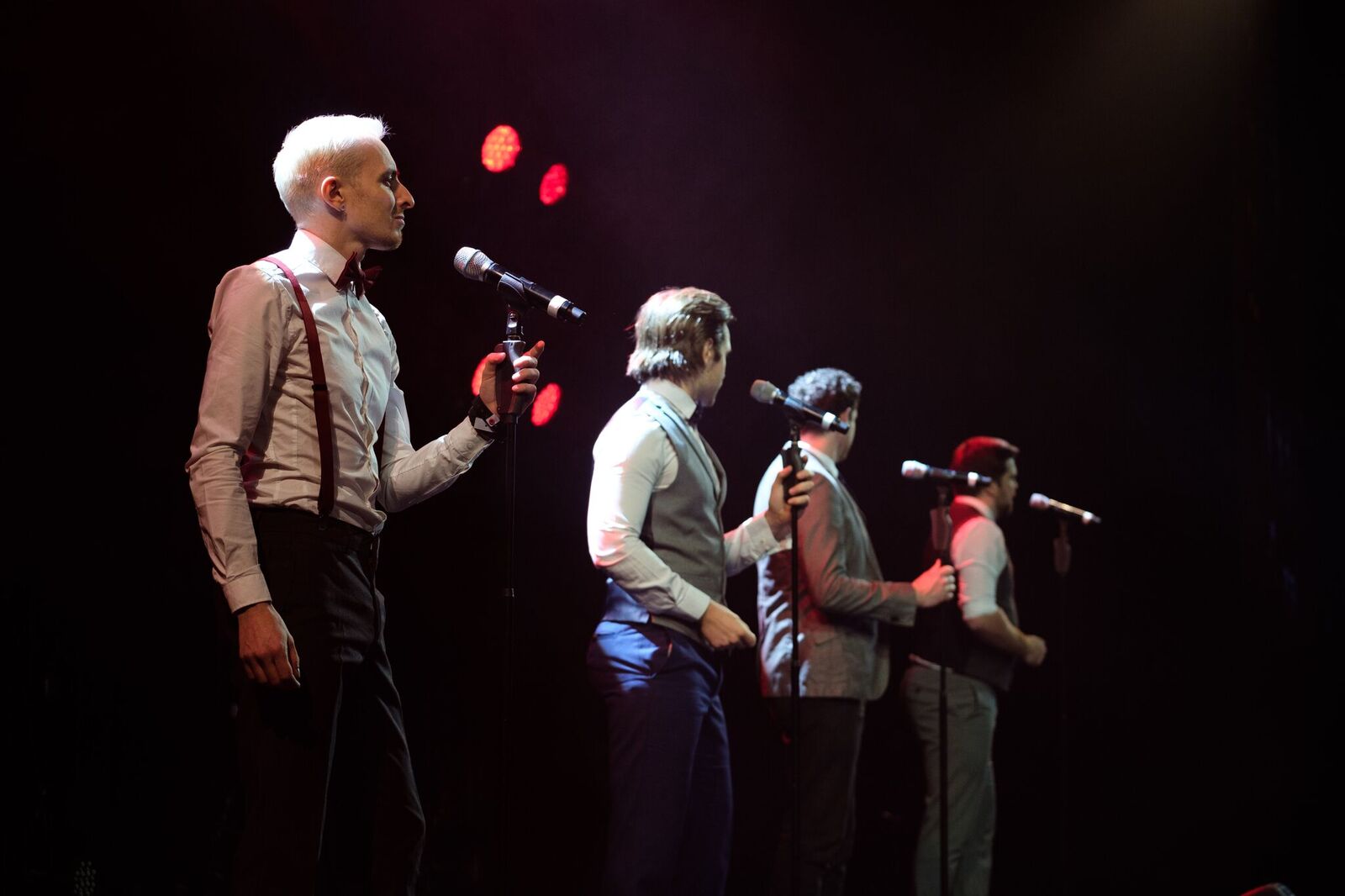 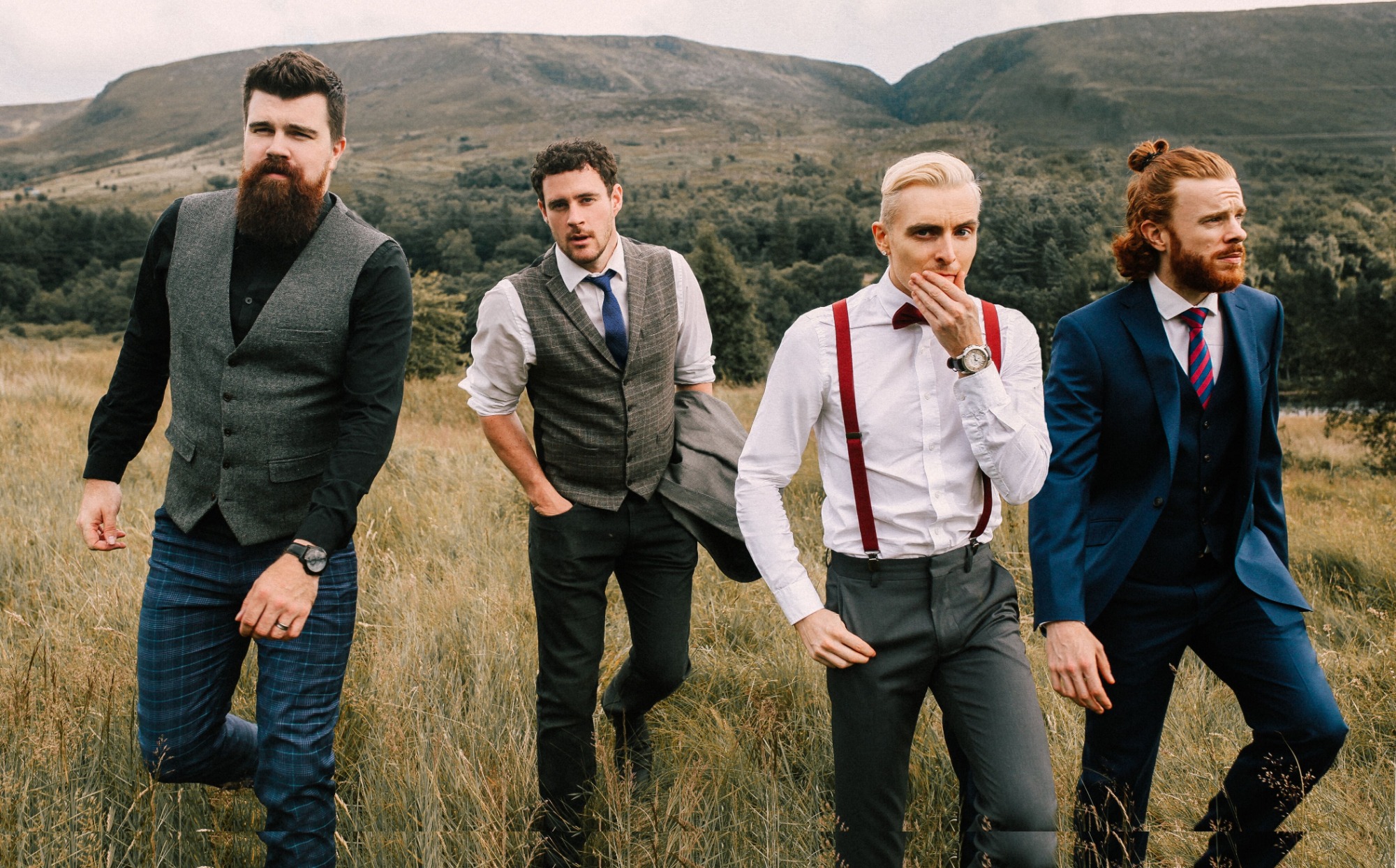 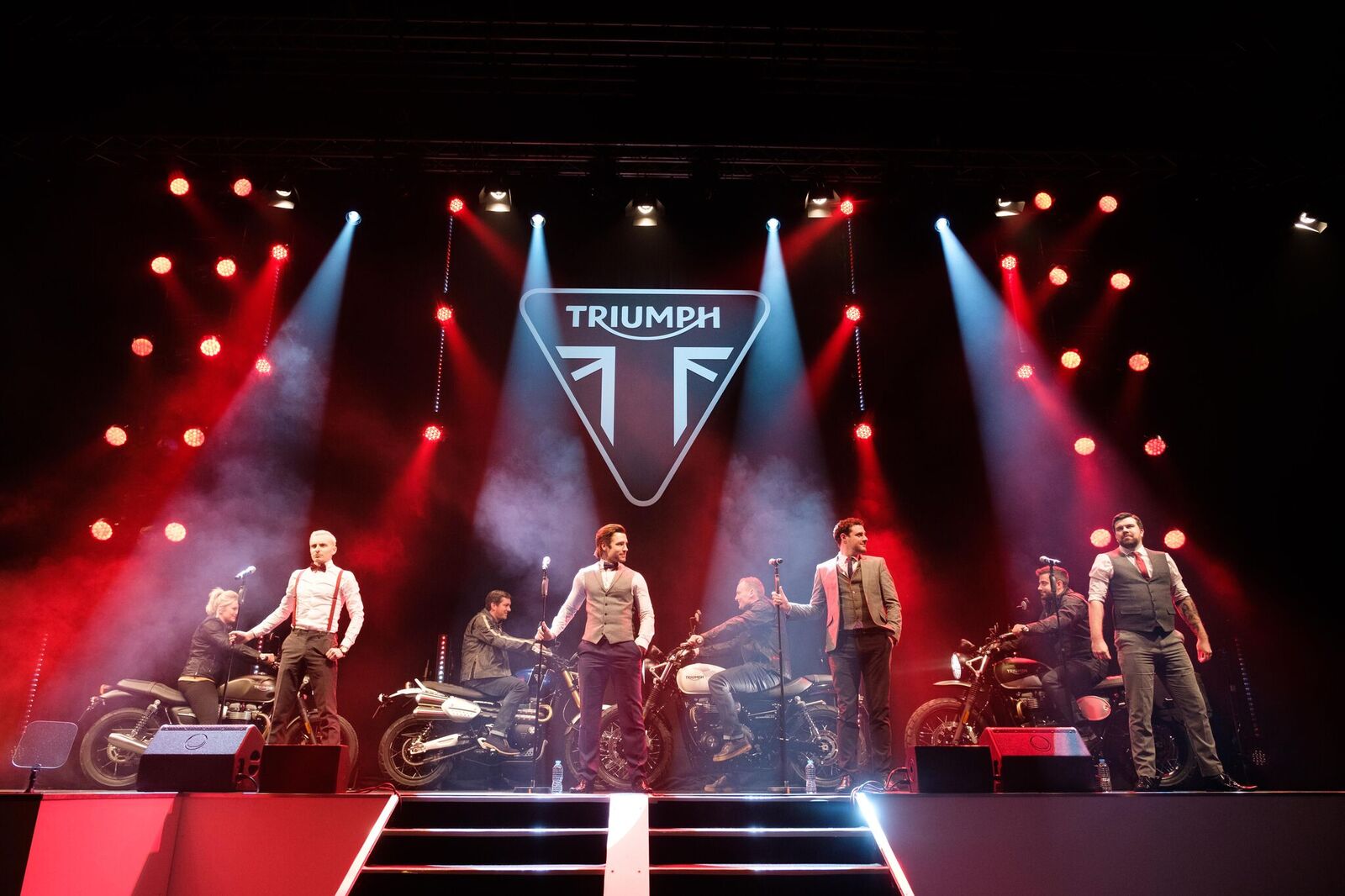 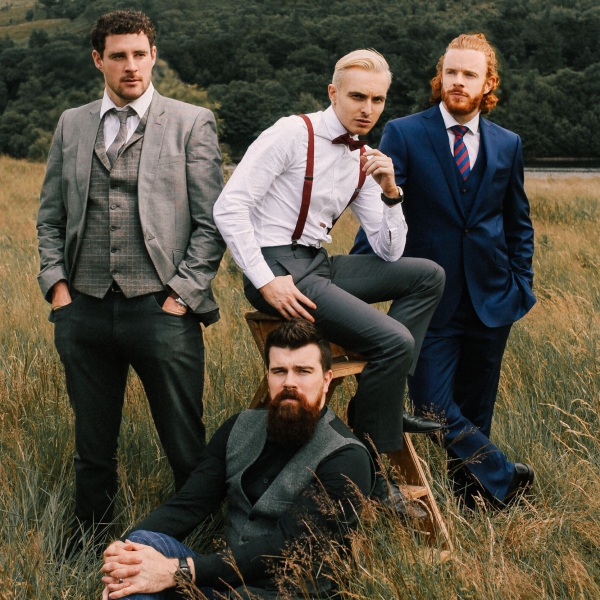 Featuring four of the West End's leading men, The Four Dukes bring you the very best music of the Rat Pack era plus some modern favourites with a swing makeover! Covering tracks such as That's Life, My Way & New York New York to Mr Brightside & Wonderwall, The Four Dukes bring something special to every occasion!

The Four Dukes - Available from AliveNetwork.com

Rat Pack Classics
My Way
That's Life
Ain't that a kick in the head
That's Amore
Mack the Knife
New York New York
Volare
Let's Face the Music and Dance
I Get a Kick out of You
There's No Business like Show Business
I've Got you Under My Skin
Come Fly With Me
The Lady is a Tramp
Fly Me to the Moon
Me & My Shadow
Everybody Loves Somebody
Sway
Moon River
Beyond The Sea
Have You Met Miss Jones?
For Once in my Life
Luck be a Lady
Mr Bojangles
Minnie The Moocher
Straighten Up & Fly Right

Price from £1,731 + travel from Warwickshire

Most Alive Network artists travel UK wide and internationally. Get a guide price instantly by clicking the 'get quote' button and entering your event date and location. Make an enquiry and we will liase directly with The Four Dukes to confirm price, availability, and the provide you with a confirmed quote.

The Four Dukes features four of the West End's leading men, paying tribute to the music of Frank Sinatra, Dean Martin, and Sammy Davis Jr with a twist.

The Four Dukes are a fresh and dynamic group, putting a unique stamp on all your Rat Pack favourites in four part harmony, as well as some modern day classics with a Rat Pack edge. Formed in 2017, all members of the band have West End, or number 1 UK tour credits to their name and have appeared in some of the biggest Musicals around, including: Les Miserables, Jersey Boys, Beauty and the Beast, Grease, Spamalot, and Joseph and the Amazing Technicolour Dreamcoat.

Honouring the music from the Rat Pack era, The Four Dukes have an impressive set list featuring Sinatra, Martin and Dean songs such as "That's Life", "My Way" and "New York, New York", whilst also taking inspiration from Paul Anka, and giving modern day music that "Rat Pack" twist. From "Wonderwall" by Oasis, to "Mr Brightside" by The Killers, the Swinging Dukes mix the old with the new, bringing Rat Pack into the 21st Century.

Perfect for Theatre, Corporate Events, Weddings or Private Parties, The Four Dukes can tailor their performances for all occasions.

After booking, speak directly with The Four Dukes.