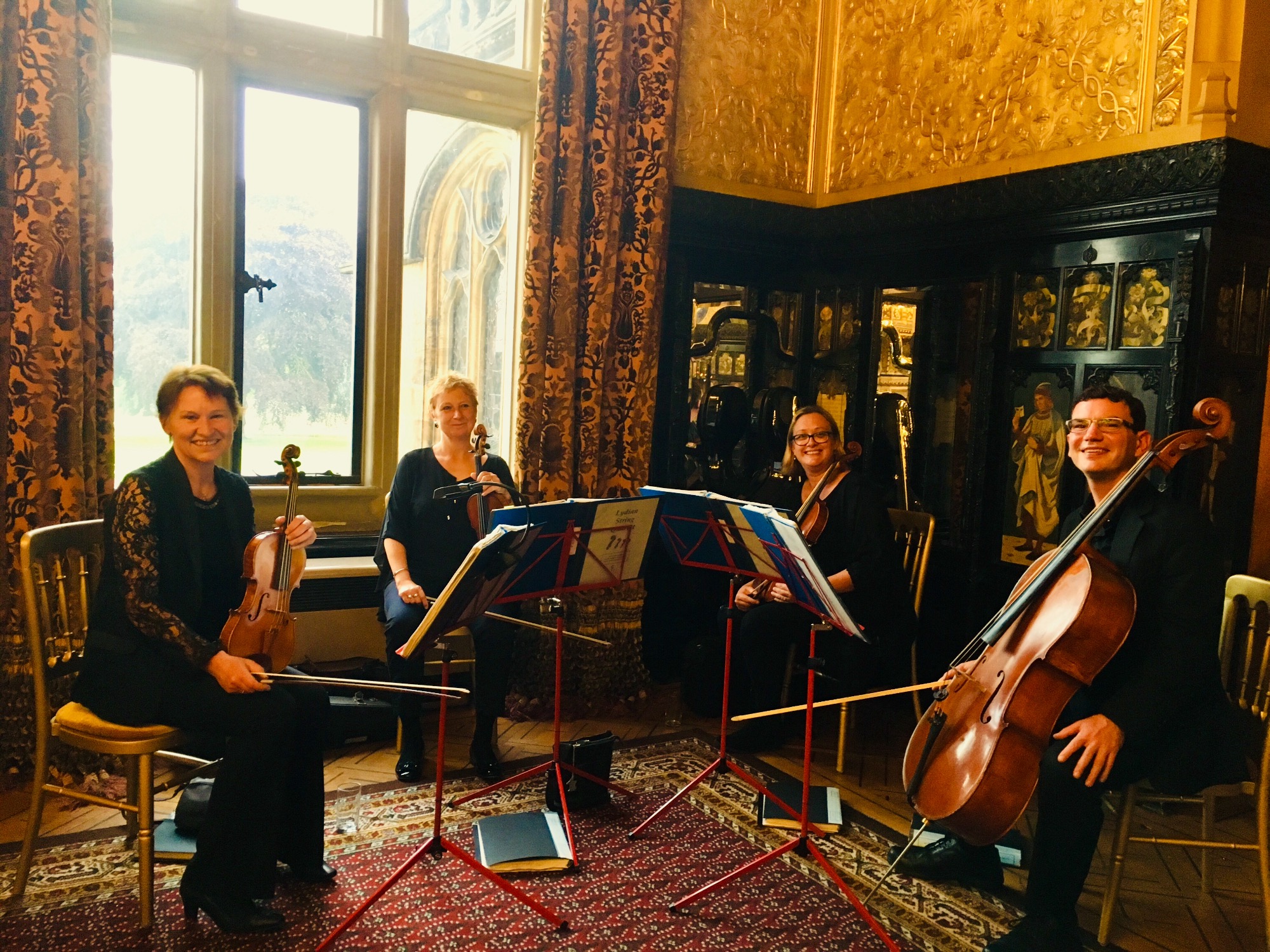 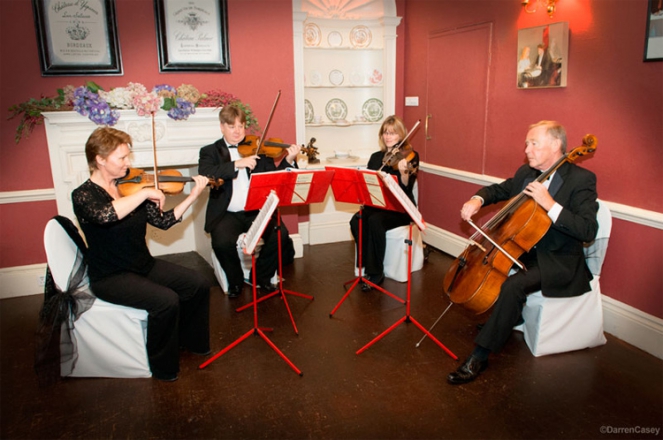 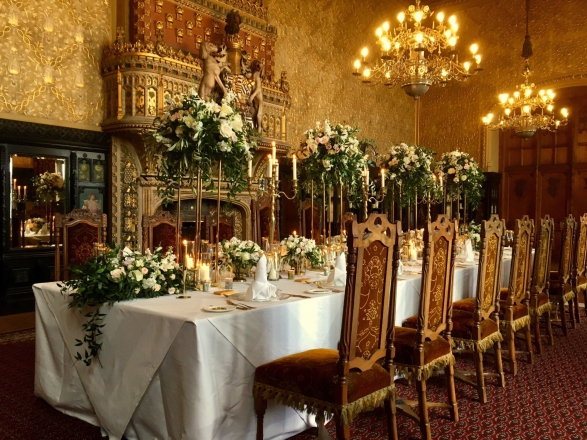 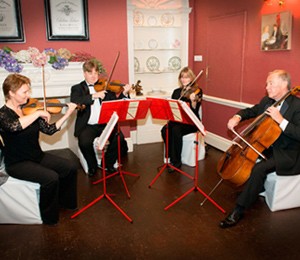 The Lydian String Quartet is Yorkshire's finest and most established string quartet with the experience to create a wonderful atmosphere for an event. The perfect choice for weddings and civil partnership ceremonies, business or private functions.


Jazz
Anderson - Forgotten Dreams; Blue Tango; Belle of the Ball; Jazz Pizzicato
Berlin - Let's Face the Music and Dance; Anything You Can Do; They Say It's Wonderful
Donaldson - Makin Whoopee
Ellington - Satin Doll; Mood Indigo
Etta James - At Last
Frank Sinatra - Come Fly With Me; Fly Me to The Moon; My Way; Strangers in the Night; Singing in the Rain; You'll Never Walk Alone
Garner - Misty
Gershwin - Someone to Watch Over Me; Summertime; Love is Here to Stay; I Can’t Dance; I got Rhythm
Howard - Fly me to the Moon
Hupfeld - As Time Goes By
Johnston - Pennies From Heaven
Joplin - Entertainer; Country Club; Paragon Rag,
Jones - It Had to Be You
Lawrence - Beyond the Sea
Mancini - Moon River
Cole Porter - Anything Goes; Let's Do It; Everytime We Say Goodbye
Rodgers - My Funny Valentine;  Blue Moon
Weiss - What a Wonderful World
Willson - Till There Was You
Wright/Lewis - When a Man Loves A Woman

Lydian String Quartet were very professional. I would highly recommend them....

“Lydian String Quartet were very professional. I would highly recommend them.”

I just wanted to say how impressed I have been by your service. Firstly the eff...

“I just wanted to say how impressed I have been by your service. Firstly the efficiency of finding exactly what we wanted, secondly in providing such full and clear details. Finally the artist, Roger was perfect. I will certainly use your services again and recommend them to everyone. ”

Price from £577 + travel from West Yorkshire

Most Alive Network artists travel UK wide and internationally. Get a guide price instantly by clicking the 'get quote' button and entering your event date and location. Make an enquiry and we will liase directly with Lydian String Quartet to confirm price, availability, and the provide you with a confirmed quote.

Live music can enhance and transform any ceremony or occasion. The quartet's repertoire ranges from the sophistication of Bach, the sparkle of Mozart, operatic classics, right through to entertaining and witty arrangements of Scott Joplin, George Gershwin, Cole Porter, The Beatles, Oasis and many more.

Their regular venues include Castle Howard, Harewood House, Ripon Cathedral, Hazlewood Castle, the Devonshire Arms and numerous other country estates, hotels and churches throughout the region.

Lydian String Quartet pride themselves on their rapport with their audience. The groups prime concern is always to provide the type of entertainment their clients wish for and are happy to tailor their repertoire to suit the clients' wishes.

The quartets experience as professional musicians includes working with the English National Ballet, Opera North, the National Festival Orchestra, Manchester Concert Orchestra, Carl Rosa operatic company, and the Granada television studios. They have worked with such diverse artists as Lesley Garrett and Bonnie Langford and we are well known for their versatility. As a quartet they have been performing since 1989 and given recitals both at home a abroad.

Since its formation, the Lydian String Quartet has featured in Yorkshire Television's popular series "A Touch of Frost", appeared in a major cable TV feature, performed on various occasions in Hamm in Germany and have appeared live on stage with the rock band Smokie.