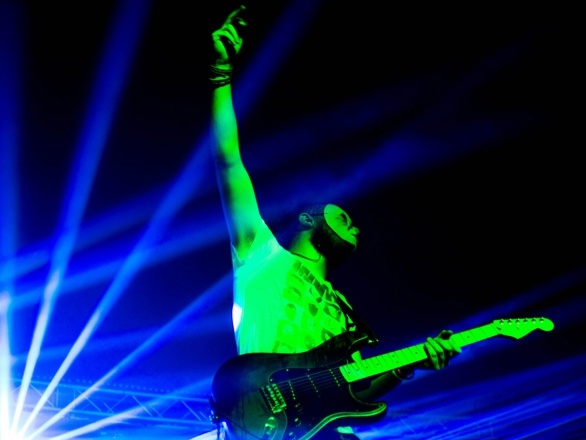 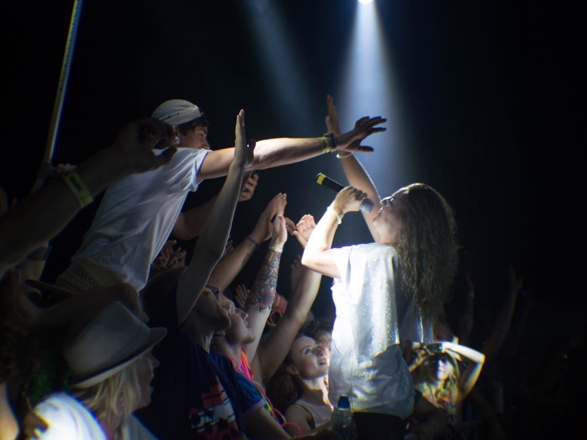 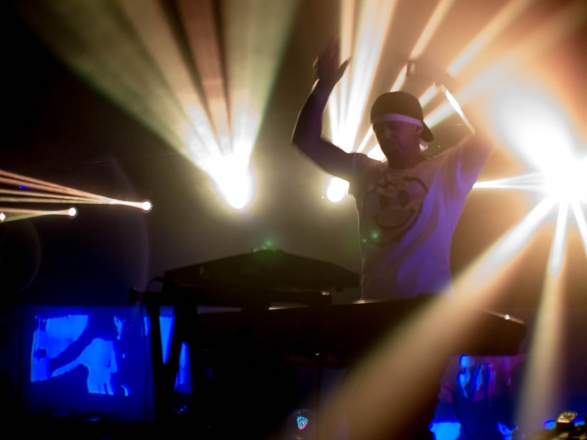 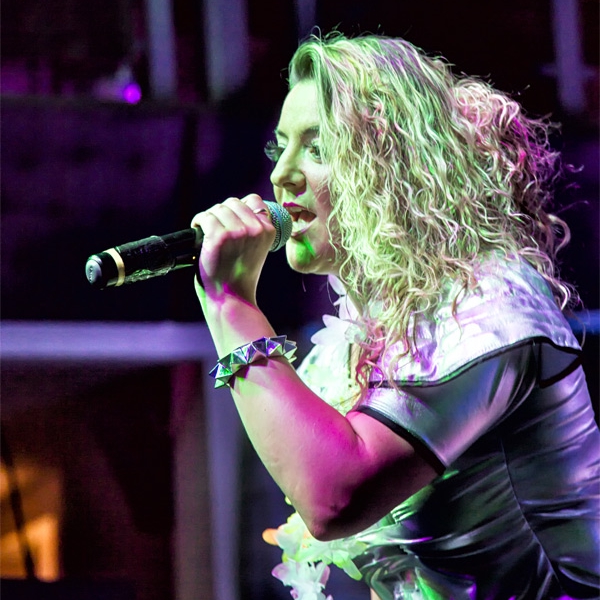 90s Dance Anthem Band bring to you a high energy electric show. It's the ultimate 90s revival with classic dance, chart hits, club classics along with popular drum and bass tunes! Go on a nostalgic journey with the band and prepare to dance all night!

“WOW!!! The perfect show to complete a perfect day!”

Boom! Shake The Room – Jazzy Jeff & The Fresh Prince
Bound 4 Da Reload - Oxide & Neutrino
Children – Robert Miles
Children of the Night - Nakatomi
Do You Really Like It? - DJ Pied Piper
Dreamer – Livin’ Joy
Don’t Stop Movin’ – Livin’ Joy
Don’t You Want My Lovin’ – Felix
Dub Be Good To Me – Beats International
Everybody’s Free – Rozalla
Everybody Needs a Little Time Away - DJ Vibes
Finally – Ce Ce Peniston
Flowers - Sweet Female Attitude
Freed from Desire – Ultra Nate
Get Away – Maxx
Get Ready For This – 2 Unlimited
Get Up - Technotronic
Gotta Get Thru This - Daniel Beddingfield
Groove is in the Heart – Dee-Lite
Hear The Drummer – Chad Jackson
Heart of Gold - Force & Styles
Ice Ice Baby – Vanilla Ice
Insomnia – Faithless
I Need a Miracle – Fragma
Jump Around – House of Pain
Let Me Be Your Fantasy – Baby D
Mr Vain – Culture Beat
Move On Baby – Cappella
Movin' Too Fast - Artful Dodger
No Limits – 2 Unlimited
Out of Space – Prodigy
Pretty Green Eyes - Force & styles
Pump Up The Jam – Technotronic
Ready Or Not – Fugees
Re-Rewind - Artful Dodger
Rhythm Is A Dancer – Snap!
Rhythm Of The Night – Corona
Set You Free – N-Trance
Show Me Love – Robin S
Sound of the Wickedness – Tzant
Sunshine after the Rain – Berri
Sweet Harmony – Liquid
Sweet Like Chocolate - Shanks & Bigfoot
Teardrops - Lovestation
The Fresh Prince – Will Smith
The Key, The Secret – Urban Cookie Collective
The Power – Snap!
U Can’t Touch This – MC Hammer
U Got 2 Know – Cappella
U Sure Do – Strike
We Must Be Free - DJ Vibes & LiveLee
You Make Me Happy - DJ Ten

WOW!!! The perfect show to complete a perfect day!

“We can't thank Kelly and the rest of the band enough for their performance at our wedding evening do. From their promotional material, what you see is exactly what you get. A high octane performance full of passion for the genre. They are highly professional from the moment you book to the very end. I had the upmost confidence they'd raise the roof to complete our wedding and they did just that! Everybody of ALL ages couldn't get enough of it! They even left a CD of their set in our card box! Thanks 90s Dance Anthem Band”

They made the night everything I wanted it to be...fun, exciting and a massive r...

“From start to finish Kelly and the band were outstanding with their punctually, professionalism and performance. They took the time to talk to me and my guests on the night and encouraged my guests to celebrate my birthday by dancing the night away....in fact everyone commented after how much they enjoyed the party. I am thrilled I booked Kelly and the Ultra 90's band as they made the night everything I wanted it to be...fun, exciting and a massive rave up!”

The Guys are UNBELIEVABLE...

“I had previously seen the 90's Dance Anthem Band perform at a wedding a few years ago and I instantly knew I wanted them at my own... Even though I was still single at the time. Go forward two years and they were the first thing I booked. The guys are UNBELIEVABLE. Not only professional but extremely personal as well. From the moment the guys started performing at my wedding to the second they finished the dance floor was rammed. Not only are the vocals, dancing and instruments on point, but the added light and laser show that the guys have seamlessly programmed to match the experience is outstanding. I have no fault or problem I could ever think of when it comes down to the 90's Dance Anthem Band. They simply are flawless.”

We had 90s Dance Anthem Band, who also played at our Willy Wonka-themed wedding ...

“We had 90s Dance Anthem Band, who also played at our Willy Wonka-themed wedding in 2013. They do all the classics and got everyone up dancing, as you can see from the pictures”

“We loved your performance on Friday! It was so much fun: absolutely brilliant. Contact was great, we had all the info we needed. Standard was very high. Many thanks”

Most Alive Network artists travel UK wide and internationally. Get a guide price instantly by clicking the 'get quote' button and entering your event date and location. Make an enquiry and we will liase directly with 90s Dance Anthem Band to confirm price, availability, and the provide you with a confirmed quote.

Highlights
* The number 1 band if you want to be taken back to the 90s dance era, covering all the classic dance songs
* 90s Dance Anthem Band are one of the few bands who dare cover this important period of music
* Unique style, repertoire and costumes
* Powerful performances full of energy

90s Dance Anthem Band is the first and only show of its kind taking you back to the most exciting musical movement in decades - the dance era of the 1990’s. It’s fresh, new, unique and not to be missed!

It is easy to forget just how important and exciting dance music seemed during its heyday. These days, people write books and make films about how the mid-90s were the sole domain of guitar-fuelled Britpop. But during exactly the same period, clubs and house music were such big business that they were widely assumed to have changed British youth's leisure habits forever.

With very few other acts daring to touch this style of music, 90s Anthem Dance Band goes where so many of us want to be taken, back to our youth. School days, Uni days, clubbing, first holiday without parents... Even the more mature audiences appreciate this show with its exciting arrangements, powerful vocals and bags of energy.

Kelly has worked hard to pull off the powerful vocals from Divas such as Kelly Llorenna ‘Set You Free’, Robin S ‘Show Me Love’, Rozalla ‘Everybody’s Free’ and the show has pulled out all the stops to re-create the sounds of acts such as Snap, 2 Unlimited, Livin’ Joy and Baby D to name a few.

90s Dance Anthem Band perform the best classic chart, dance and club anthems from the 1990s. From Snap! To Faithless, from Dee-lite to Vanilla Ice, 90s Dance Anthem Band guarantees to get any party buzzing. Taking you through House, Chart, Dance and Club Classics along with popular Drum and Bass tunes from the 90s - nostalgia at it’s best.

With their unique style, repertoire and costumes, 90s are establishing themselves, as one of the UK's must have acts for an ever-increasing list of top national and international venues. 90s Dance Anthem Band is the only act of its kind – they cover all your favourite tunes from the 1990s utilising live soulful male and female vocals live keyboards and drums along with cutting edge sequencing and contemporary sampling with a fully integrated light show including lasers, strobe effects and video projection.

With options of adding dancers and various live musicians this is the ultimate experience to take you and your guests back to their clubbing days.

Ideal for Universities, Theme Nights, Night Clubs and Corporate Events or any other function you can think of – 90s Dance Anthem Band is even proving a popular choice for Weddings as many Brides and Grooms are tying the not in their 20s and 30s and are looking for something a bit different to ensure an unforgettable evening to complete one of the most important days of their lives!!

Blow your whistle, put your hands up in the air and let me hear you say yeah!