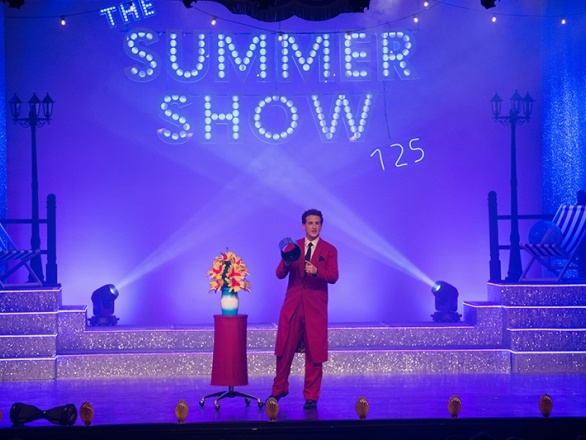 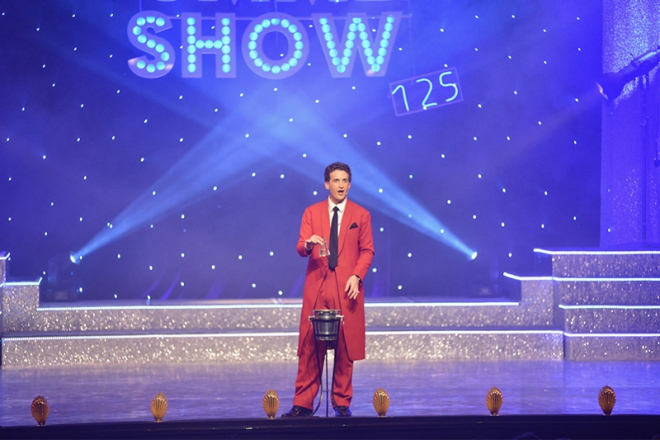 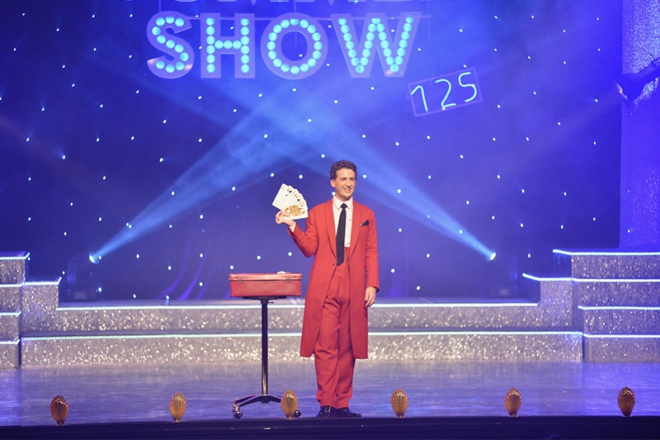 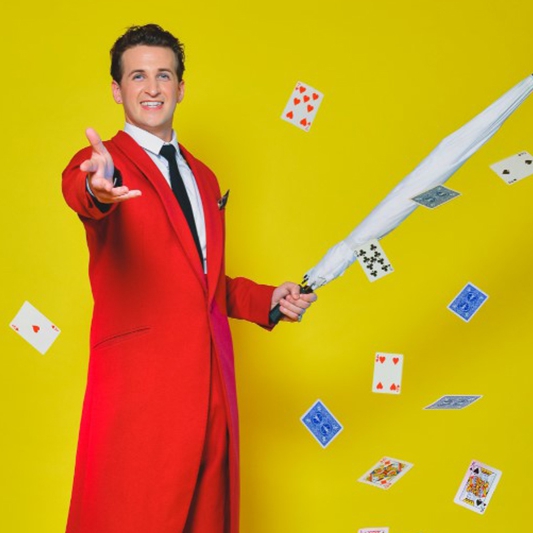 Making audiences laugh & gasp since 2010, Danny Magic is a comedy entertainer with a laugh-out-loud show! Fun for all the family, Danny provides entertainment never seen before! This fully self-contained magic show has wowed at the Olympic Stadium, Her Majesty’s Theatre in London & at many more high profile events.

“Laugh out loud show which thrilled our guests”

Laugh out loud show which thrilled our guests

“Danny consistently and successfully garnered uproarious laughter from our guests, which is often challenging in this venue.”

“Always impresses and ASTOUNDS… his uniquely bubbly personality leaves his spectators with no choice but to smile. ”

“His ability to entertain, thrill and hold the attention of an audience is second to none.”

“Danny garnered some BIG LAUGHS from the audience. Thoroughly entertaining”

Most Alive Network artists travel UK wide and internationally. Get a guide price instantly by clicking the 'get quote' button and entering your event date and location. Make an enquiry and we will liase directly with Danny Magic to confirm price, availability, and the provide you with a confirmed quote.

Danny Magic was bitten by the magic bug and learnt his first magic trick at the age of 5 years old. Since then, he has travelled the globe and has entertained over 1 MILLION people worldwide!

At the tender age of 18, Danny became a proud Member of The Magic Circle, the world’s most prestigious magic society. After impressing them with his magical talents, he was promoted to Associate Member of The Inner Magic Circle with Silver Star for performance, the highest level obtaining by examination.

Danny Magic has performed at some of the UK’s most prestigious theatres including Her Majesty’s Theatre in London. In 2012, he became the first ever entertainer to perform at the Olympic Stadium and at high profile events where the likes of David Beckham, Pink and Chris Hemsworth have all enjoyed Danny’s magic.

You can find Danny on stage at sea cruising around the world, or in one of Britain’s remaining summer variety shows, or even starring in pantomime over the Christmas period.

Danny has been making audiences LAUGH & GASP since 2010. His comedy magic show will be the entertainment highlight for your guests at your event, guaranteed to get them leaving with smiles on their faces.

Danny arrives on stage on a hover board wearing a salsa red zoot suit and instantly grasps the attention of the audience! His stand out routines include making a vase of beautiful flowers disappear, coat hangers miraculously link and unlink; and for his big finale, impales 3 chosen cards, on the end of an umbrella, whilst riding his segway! Unlike anything you’ve ever seen before, this is fresh, fun and guaranteed to create laughs and gasps amongst your guests and get them leaving your venue with smiles on their face.

Your Event
On the day of the event, Danny will arrive in plenty of time to set up his magic show. He can provide a PA system for his act and the whole show is self controlled, so no one has to sit by the sound desk or press buttons for sound cues. Danny's entire act is 'magically' controlled by himself (and nobody will even realise). Which means, you can sit back, relax and enjoy the show with your guests.

The show is volunteer free and Covid compliant. Although Danny can use volunteers at the request of the organiser (when the time is safe to do so).